Fallout 4 Guide: Where to Find More Fusion Cores for your Power Armor 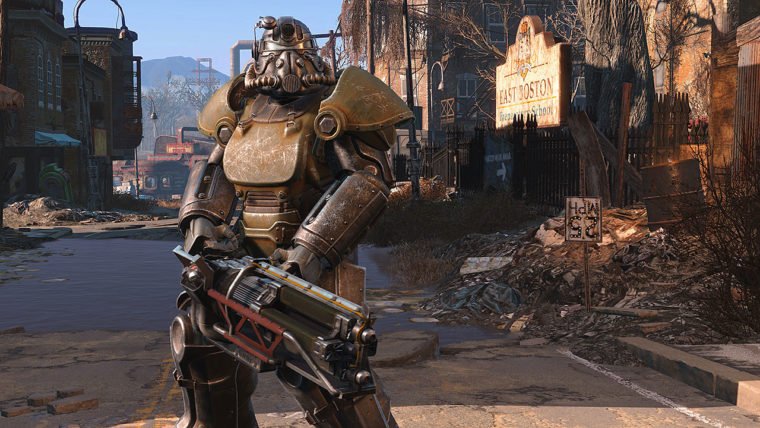 If you’re going to explore the wasteland of post-apocalyptic Boston, taking on Feral Ghouls, Supermutants, and the like, then you’ll probably want to have a nice suit of Power Armor to protect you. This iconic armor has been a staple of the Fallout series, and it makes a triumphant return for Fallout 4. Of course, the entire system has been changed this time around though. Instead of just slapping on the massive armor and calling it a day, now you actually have to power the…Power Armor.

Fusion Cores, relics of the pre-war past. These items are absolutely necessary if you want to keep wearing your fancy metal protection. These aren’t too difficult to find, but you’ll want to grab them whenever possible. If you’re just starting out then you’ll need all you can get, to give yourself a nice stockpile for when things get really rough. The following are a few key areas where you can find Fusion Cores for your Power Armor, though this is by no means an exhaustive list.

Well, this one is rather obvious. During the main storyline, one of the first missions takes you to Concord. Here is where you’ll find your set of Power Armor. Of course, there’s a problem though. The suit isn’t powered on, and you have to find the Fusion Core to do it. Head to the basement of the Museum of Freedom. Here you will find a locked door. Hack the computer that controls it and you’ll gain access to the Fusion Core. Head to the roof and plug it into the Power Armor to get started.

Just west of the Cambridge Police Station, which is situated in College Square, you’ll find Arcjet systems. You can head here anytime, but you’ll visit is as part of the Call to Arms mission. In this mission you assist a lone Brotherhood of Steel member in his quest to attain some technological equipment. While exploring the facilities you’ll come upon a rocket deep in the basement. You must activate the system power in order to use the nearby elevator. Here, in the basement next to the computer that controls the power, are some generators, one of which contains a Fusion Core.

This is also a great place to hit, because there is a second Fusion Core just north of here. Inside of a fenced in area to the north of Arcjet, and west of the Rocky Narrows Park, you’ll find little resistance from enemies, but another Fusion Core. It’s right there in the name. This facility houses a Fusion Core, though it also is full of radiation that you’ll have to contend with. Along with the radiation comes Feral Ghouls, so be prepared for combat as well. The facility can be found to the east of Sanctuary, about halfway across the map. If you run into a bunch of Mr. Handy robots tending to a closed down mall, then you’re on the right path. Make your way through the irradiated building, down to the basement. Hack the computer to open the security door, and grab your prize.

Partway into the main storyline you’ll find yourself inside of Fort Hagen on the west side of the map. Deep underground, in the basement of the facility lies a Fusion Core. You’ll find it shortly after discovering a room full of beds. Around the corner are some stairs, with two Synths guarding them. Defeat them and take a right. In a room off this hallway is the Fusion Core you seek.

They’re pretty expensive, usually running you more than 500 caps, but you can always purchase Fusion Cores from various merchants. Just a couple of examples include traveling caravans, Arturo in Diamond City, Daisy in Goodneighbor, and others.