Far Cry 6 Pre-Order Guide: Which Edition is Right for You

A (non-functional) flamethrower can be yours 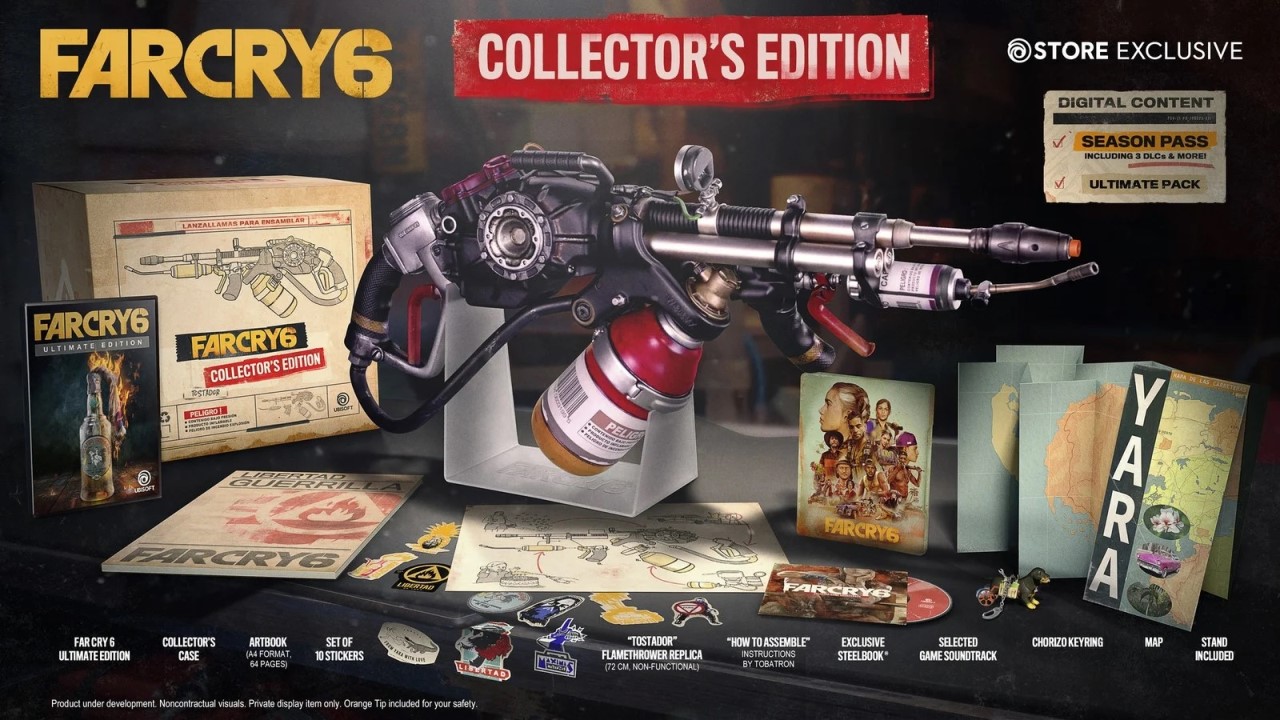 Far Cry 6 is empowering players-turned-guerilla fighters to combat the oppressive rule of Anton Castillo, brought to digital life by the magnificent Giancarlo Esposito. Now that the game has a (new) release date, we can finally let our hype build over the coming months in anticipation for the game’s impending launch.

As with most Ubisoft games, Far Cry 6 will come in multiple flavors, ranging from a vanilla standard edition to a more extravagant collector’s edition. There’s something here for everyone, coming in a handful of variants that can adhere to different budgetary constraints and available physical display space.

Before proceeding to the editions up for grabs, keep in mind that pre-ordering any of the options listed below will grant access to a state-of-the-art CD launcher weapon and a Chorizo skin.

Read on to find out what’s bundled with each edition so that you can make an informed pre-order decision.

Home / Game Guides / Far Cry 6 Pre-Order Guide: Which Edition is Right for You