Try your best to collect all 11. 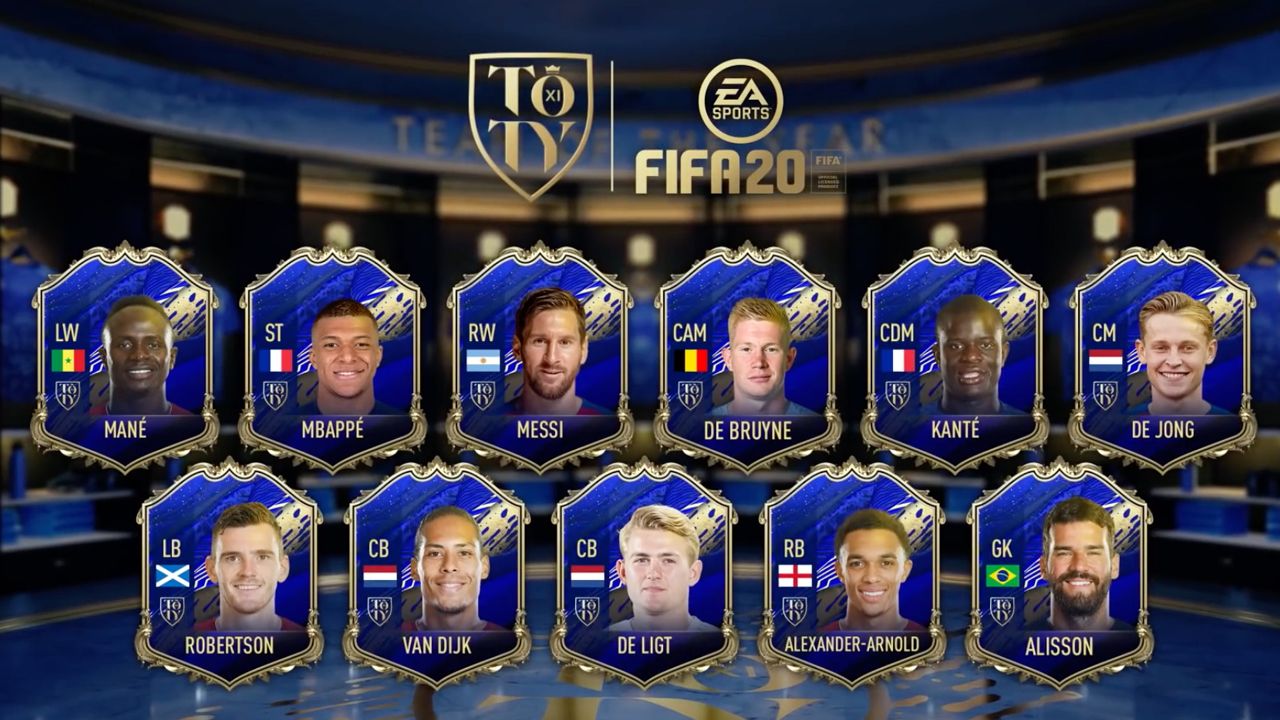 FIFA 20 has been out for a number of months now and that means it is time for the annual Team of the Year player reveals, which EA just made as the cards have been started to be added to the game. Team of the Year cards are the best of the best cards you can collect for FUT, voted on by the fans. While it was announced who the 11 Team of the Year players are in FIFA 20, these cards are not just given to players in the game. Instead, you must collect them in the game and this guide will help you with how to get them.

How To Get Team of the Year Player Cards

There were many players up for the Team of the Year lineup of player cards in FIFA 20, but the number of players was reduced down to only 11, which is the number of legal players allowed on the pitch at one time per team. As a result, the team was broken down into the best players at each position, which EA revealed as follows:

You will notice a large number of the group are from the same team, Liverpool, who is one of the highest rated teams in the game. This means you’re going to want not only those players, but the rest of the bunch too.

Starting off, only three of the 11 players from the Team of the Year are available for you to obtain, the attackers Sadio Mané, Lionel Messi, and Kylian Mbappé, with the other eight to come later.

For those new to Team of the Year with FIFA, EA does not just give away these players. Instead, these players are placed into the packs that FIFA Ultimate Team are built around, which you can purchase with in-game currency or real life money. The higher tier packs you purchase, the better your chances of getting a Team of the Year player are.

Team of the Year players are available in the packs for a very short period of time though, making these player cards incredibly rare to obtain. After they are gone from the packs, the only place that you will be able to get these players will be from the Transfer Market. These cards are going to be very rare and hard to come back on here, fetching over 3,000,000 in in-game money and that’s the lowest of the low starting bids.

The only surefire way to acquire one of the Team of the Year cards is through the Transfer Market, but you can also gamble for much less money with the packs as well.