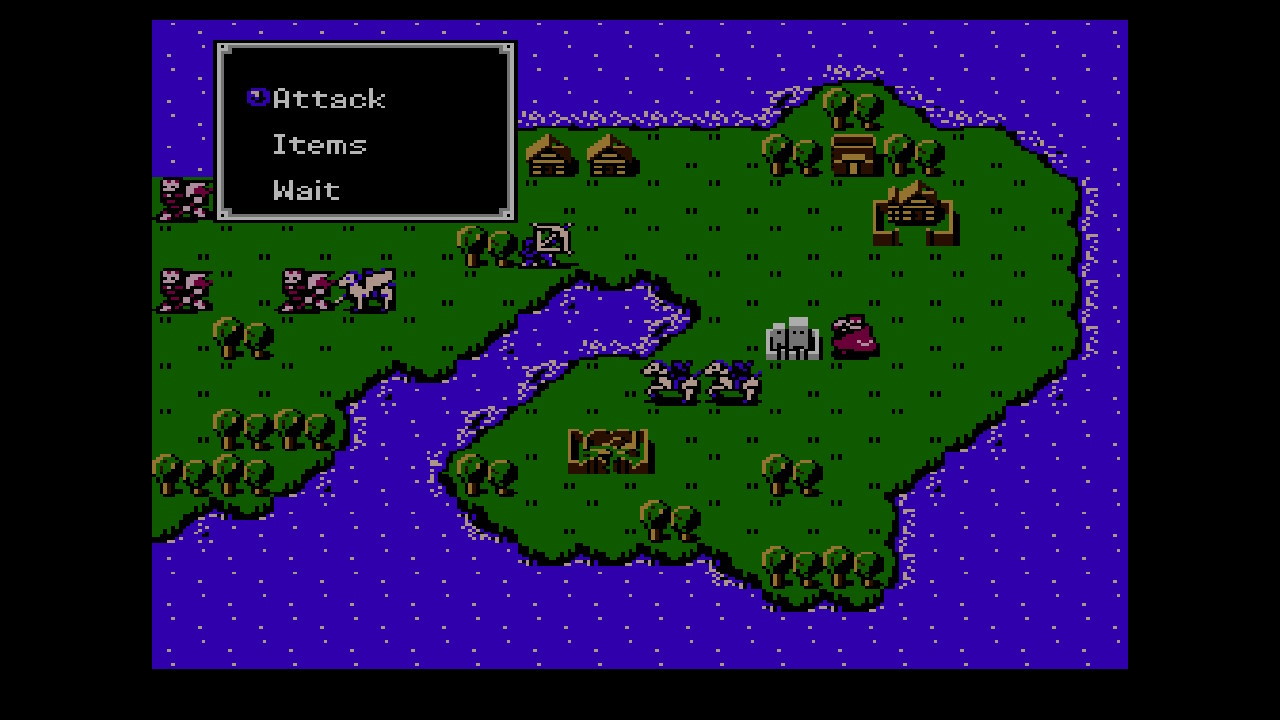 After 30 years Fire Emblem Shadow Dragon & the Blade of Light has finally arrived in the US. The NES classic that spawned a massive franchise and introduced some of the world to the fan favorite Marth is now available on Switch. But while the game is finally here, it didn’t come with improved walkthroughs, guides, or tutorials for how its intricate (for the time) systems work. So we’re breaking down some of the basics, starting with how to move and attack in Fire Emblem Shadow Dragon & the Blade of Light.

Booting up Fire Emblem Shadow Dragon & the Blade of Light for the very first time you might expect a long cutscene followed by a tutorial that shows you all the basics for getting started. The early 90’s were a very different time though and that’s not how it goes. Instead you get a short conversation that is basically summed up as “bad stuff, go stop them.” But how do you actually stop these nefarious bad guys?

Scrolling around the battlefield is simple. You can do so with either the D-Pad or analog stick. All of your troops are displayed in blue, with enemies in red. But selecting your troops doesn’t show the usual range of movement that future entries in the franchise have adopted. In fact, it might seem like you haven’t done anything at all, but this is how to move.

Highlight the troop you want to use then select them with A. Now use the D-Pad or analog stick to choose where to move them. The cursor will stop when you reach the edge of their movement range. Select the spot and choose what action to take, which will usually be to Wait or equip another weapon. And if you want to start dealing damage then keep reading to see how to attack in Fire Emblem Shadow Dragon & the Blade of Light.

All of the above is the first step and all you need to do to attack is make sure the enemy is within the attacker’s range. For swords and other melee weapons you’ll need to be adjacent to the enemy. Bows have more range, so test it out by choosing a location and seeing if Attack is available as one of the actions. And that’s how to move and attack in Fire Emblem Shadow Dragon & the Blade of Light.