The Dark Knight as you have never seen him before. With the continuation of Fortnite and DC Comics collaborations, wave after wave of DC-themed skins and characters are hitting the item shop on a frequent basis. The next character up is no different, although from an immensely darker part of an already gloomy universe. The Batman Who Laughs is the polar opposite of what our usual cape crusader spends his evenings doing. Personally, as a huge Batman fan, seeing how deep Epic Games are diving into the Batman mythos is truly remarkable and it’s unlikely to stop here. Below, you can find details on the character’s backstory, his price and most importantly, the release date planned.

Who is the Batman Who Laughs?

The creation of the Batman Who Laughs begins on Earth-22. Seemingly killing his arch-nemesis, The Joker, as an insurance policy, upon his death, a poisonous gas is released which unfortunately is breathed in by our Dark Knight. In doing so, this gas slowly drives Batman towards madness, gradually turning into The Joker himself. Upon full transformation, The Batman Who Laughs murders his once-allies but keeps his son, Damian Wayne, alive with the plan to alter the youngster too. 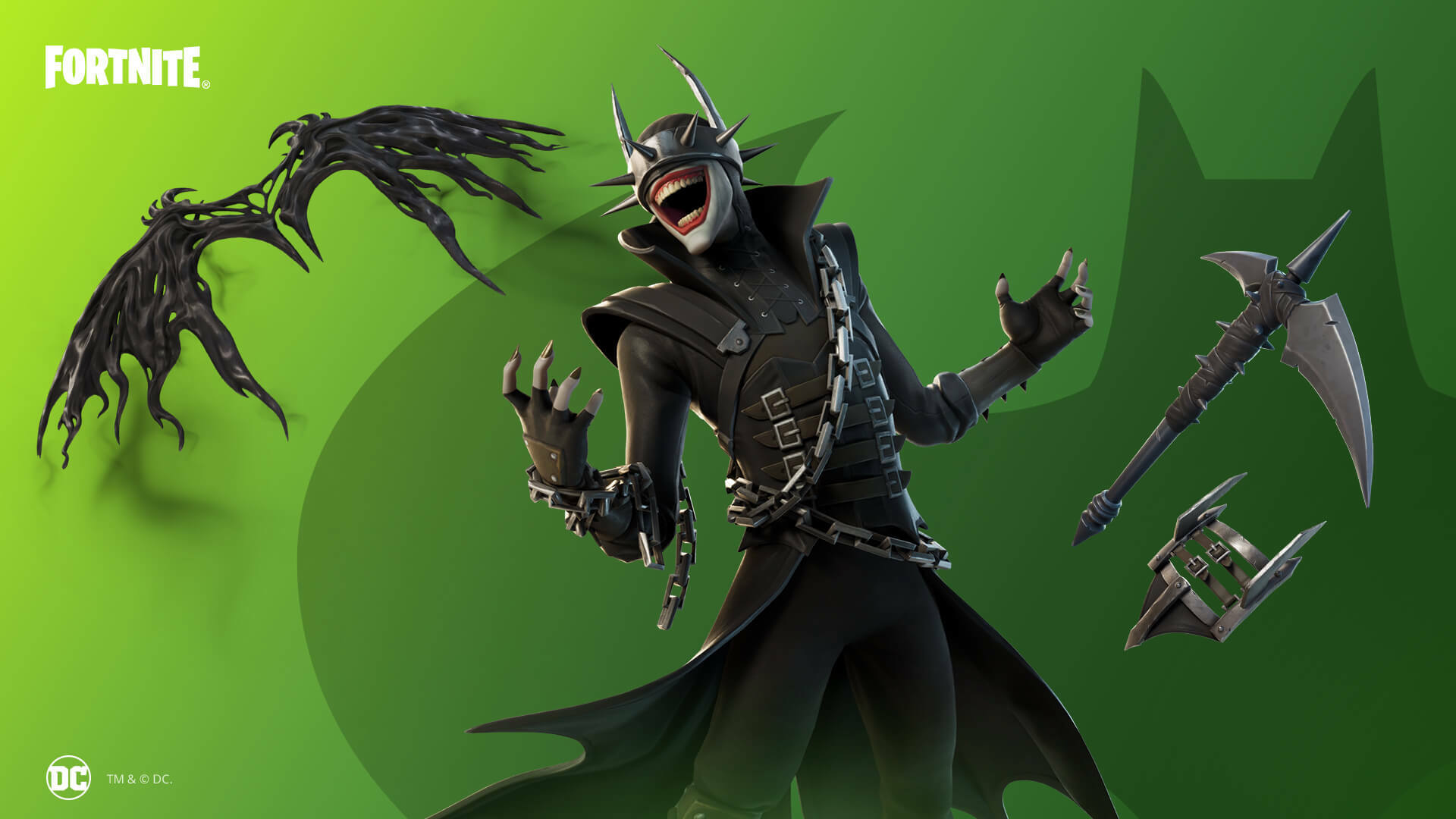 Furthermore, this twisted incarnation gathers an ensemble of children infected by the same poisonous gas he once was. Placing leashes around their necks connecting with chains, a depraved remake of classic characters is complete. Aided by not only a grinning and psychopathic partner in Robin but also rabid-like children at his helm. One of the greatest DC characters designed in recent times, The Batman Who Laughs is destined to become iconic in the vibrant rogue’s gallery of Gotham’s protector.

How Much is The Batman Who Laughs Fortnite Skin?

The Batman Who Laughs bundle is currently priced at 1500 V-Bucks. Including the standard outfit, Robin’s Perch back bling and Dark Multiverse pickaxe and glider. Also, in regards to purchasing the bundle, there are two options available. The first being from Fortnite’s item shop as always. Second, is the opportunity to purchase the Batman/Fortnite Foundation comic which includes a code to unlock the Outfit, Backbling, and a Loading Screen.

The character set bundle, The Batman Who Laughs, launches perfectly alongside the end of October, matching the Halloween vibe. Epic Games have given a release date of October 26 at 5 PM PT / 8 PT, so be sure to keep your eyes peeled for the Item Shop’s newest member.