Genshin Impact 2.6: Are Mistsplitter Reforged and The Unforged Worth Pulling? 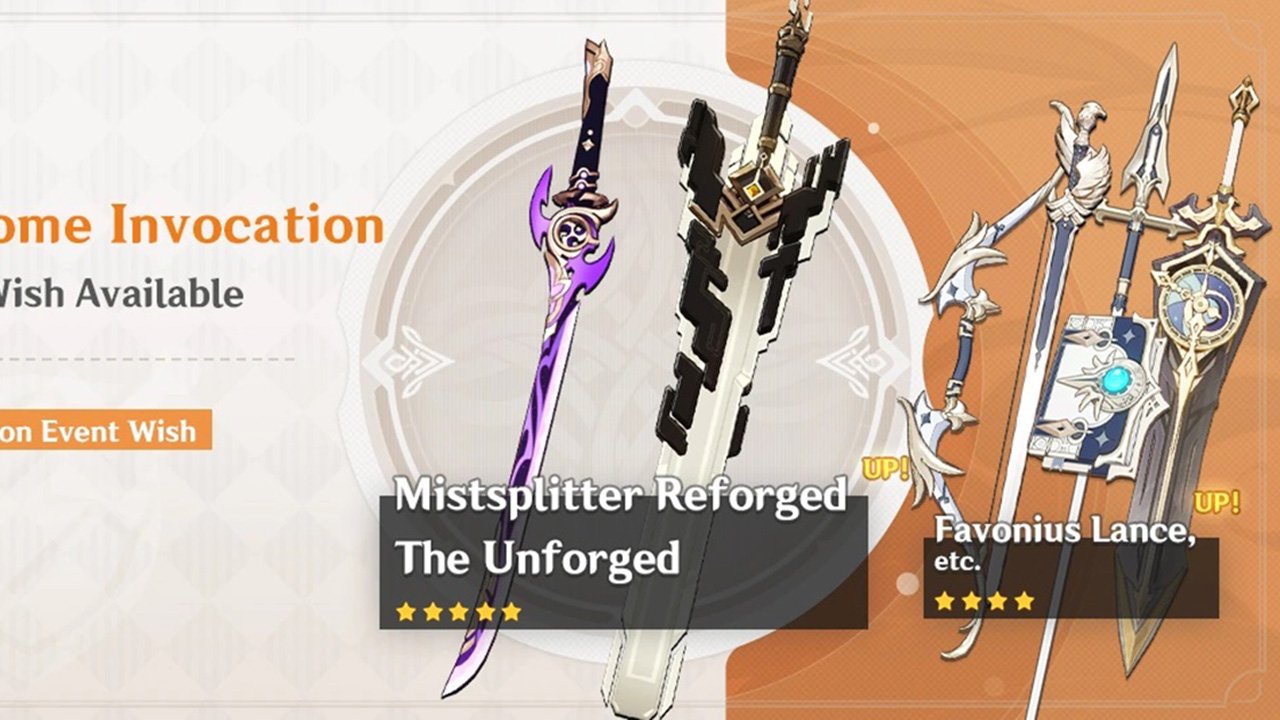 The second wave of banners part of Genshin impact‘s version 2.6 just arrived, featuring not only the first Kamisato Ayaka rerun since her debut on the game’s version 2.0, but also a new weapon featured wish banner, or Epitome Invocation, featuring both the 5-star sword Mistsplitter Reforged and the 5-star Claymore The Unforged. But, are the weapons worth pulling? With that said, here’s everything you need to know about the weapons, as well as in what scenarios pulling for each of them is the best choice.

Should you Pull for the Mistsplitter Reforged in Genshin Impact’s version 2.6?

First of all, it’s important to point out that the Mistsplitter Reforged sword is the best weapon in the game for not only Kamisato Ayaka but for all the sword-wielding Elemental DPS in the game, such as Keqing, thanks to both its CRIT DMG substat, as well as its ability to boost elemental damage by 12% (R1). The boost can then be further increased by 8,16, or 28% (R1), based on the number of Mistsplitter’s Emblem stacks gained.

With that said, if you have one of the said Elemental DPS’, the resources, and don’t mind expending them on the weapon banner, getting the Mistsplitter Reforged is highly advisable.

Should you Pull for The Unforged in Genshin Impact’s version 2.6?

Without a doubt, the biggest disappointment of the version was the presence of The Unforged in the newest weapon banner, mainly because many fans were hoping for the 5-star Claymore Wolf’s Gravestone to be featured instead. As, overall, even if The Unforged offers a great amount of ATK, as well as a boost in shield strength, that is pretty much it.

With that said, even if the weapon offers a good deal of ATK and can be considered a good pick if you plan on keeping your DPS shielded, we recommend that those in need of a 5-star Claymore skip the weapon, and save their pulls for a better option.

Attack of the Fanboy / GAME GUIDES / Genshin Impact 2.6: Are Mistsplitter Reforged and The Unforged Worth Pulling?