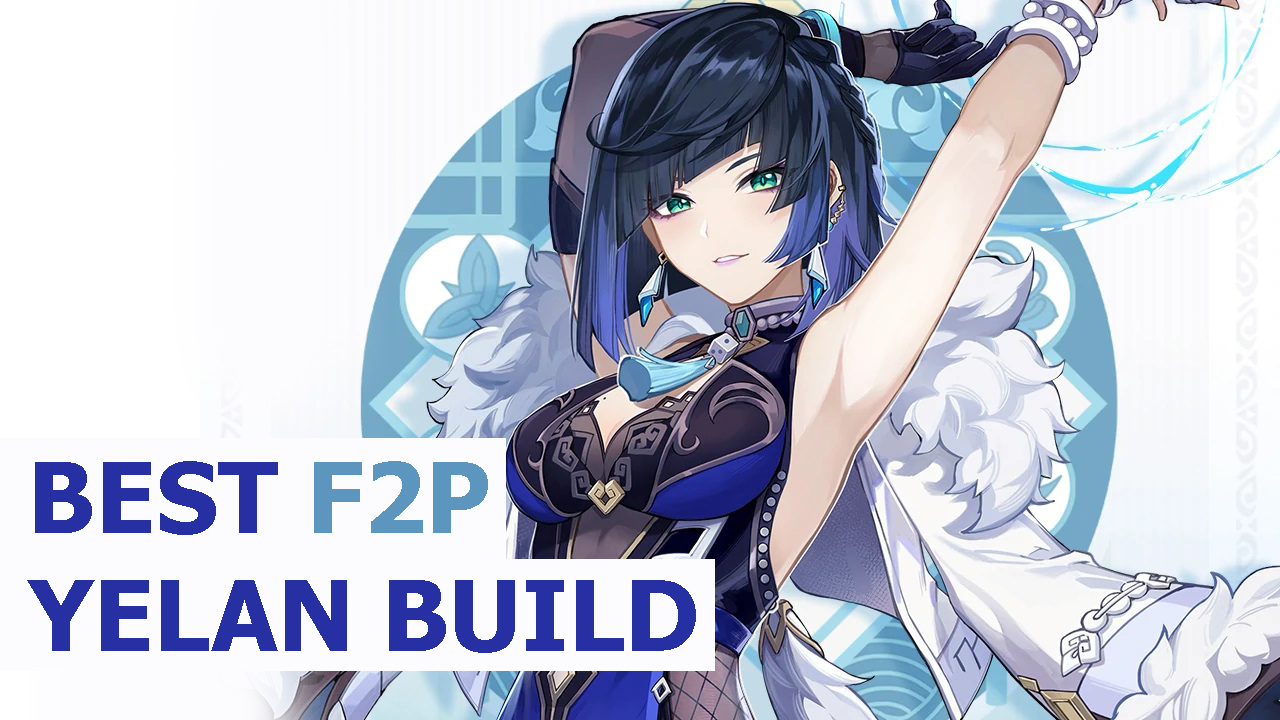 Very few characters in Genshin Impact were able to win the hearts of the community as fast as Yelan, the game’s new 5-star Hydro Archer, a feat she managed to accomplish thanks to not only her personality, design, and lore, but also thanks to her set, which is focused in dealing high amounts damage, while also generating and enabling reactions. But can Yelan work well in a F2P build? To answer that and more, here’s a Yelan F2P build sure to show all why she is considered by many as a living legend.

Surprisingly, Yelan can be considered an extremely F2P friendly character, considering that she can perform her role extremely well without the need of banner exclusive 4 and 5-star weapons. With that said, in a F2P Build, she will still be able to deal massive Elemental Skill damage, but her Elemental Burst will suffer, as you won’t have access to the increased damage offered by her best 5 and 4-star weapon picks, Aqua Simulacra and Mouun’s Moon (R5).

Taking into account that this build will feature only F2P weapons and gear, our main recommendations will be the use of either the 4-star bow Favonius Warbow or the 4-star event-exclusive bow Fading Twilight, as both of them will offer a great deal of Energy Recharge and are available for free to all players. Among the two weapons, we recommend the use of the Fading Twilight bow at maximum refinement, as the weapon will also boost her overall elemental damage periodically.

With the exception of her weapon of choice, this build will be identical to the current meta Yelan build and will make use of a 4-piece Emblem of Severed Fate set. The set is ideal for Yelan, as it not only offers a great boost in Energy Recharge (20%) but also offers a huge increase in her Elemental Burst damage. Now, taking into account that our recommended weapons will both give her a fair share of Energy Recharge, as well as the fact that all of Yelan’s skills scale of her overall HP, here are our recommended main stats for her artifact pieces:

Talent-wise, as Yelan is a character whose main role in a composition will be that of a offensive support, unless you have her at C6, we recommend that you focus on building her Elemental Burst, Depth-Clarion Dice, and then shift your focus to both her normal/charged attacks, which can also deal high damage thanks to her Breakthrough mechanic, as well as to her Elemental Skill, Lingering Lifeline, which can not only generate a wide array of particles but, as we said above, deal massive damage.