This quest is frustrating for a lot of players. 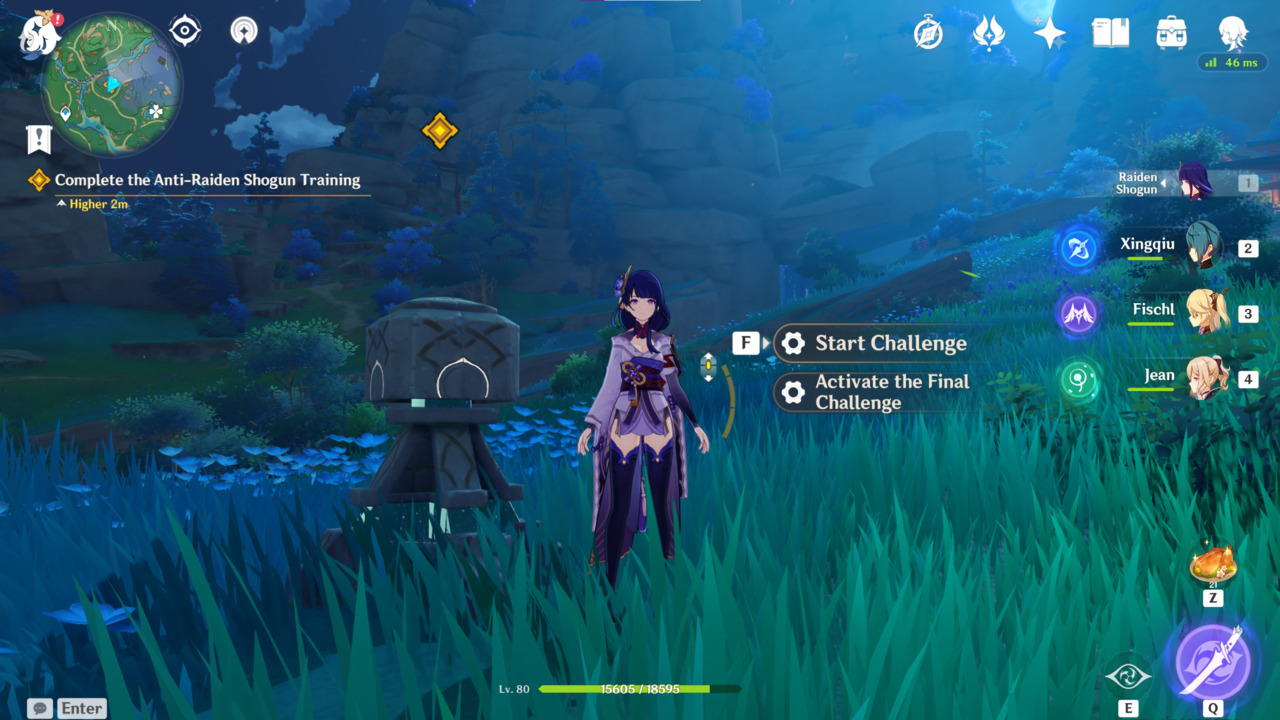 How to Complete Anti Raiden Shogun Training in Genshin Impact

To complete the Anti-Raiden Shogun Training, you have to avoid all of the attacks until the timer runs out. You can only get hit up to three times before failing the quest. The device in the center will periodically perform an AoE attack that will hit you if you’re too close, so stick to the outskirt of the arena for this challenge.

The device in the center of the arena has three main attacks. The first attack sends a blast of Electro damage toward your character, and you can dodge this by running to the side. Its second attack is an AoE blast that targets your character. The AoE zone appears directly under your character’s feet and you don’t have too long to react to it, so make sure to dodge the moment you see the circle appear.

When the timer reaches 10 seconds, the device will begin its finishing move. Three orbs will appear at the edges of the arena, and you have to destroy one of them to avoid getting hit. You only have roughly 10 seconds to take one down, so burst damage is key here. The orb is Electro, so make sure to use a character with a different type of elemental damage.

If you manage to get hit less than three times during the challenge and you also manage to avoid getting hurt by the finishing move, then you will successfully complete the Anti-Raiden Shogun Training. At this point, all you have to do is talk to Yae Miko to continue the Archon Quest. It may take a few tries to get it done, but this quest gets easier with practice. Pay attention to the device’s attack pattern and work on your dodge timing if you find yourself struggling.