Ghost of Tsushima – How to Beat General Temuge

The latest news in the world of video games at Attack of the Fanboy
July 16th, 2020 by William Schwartz 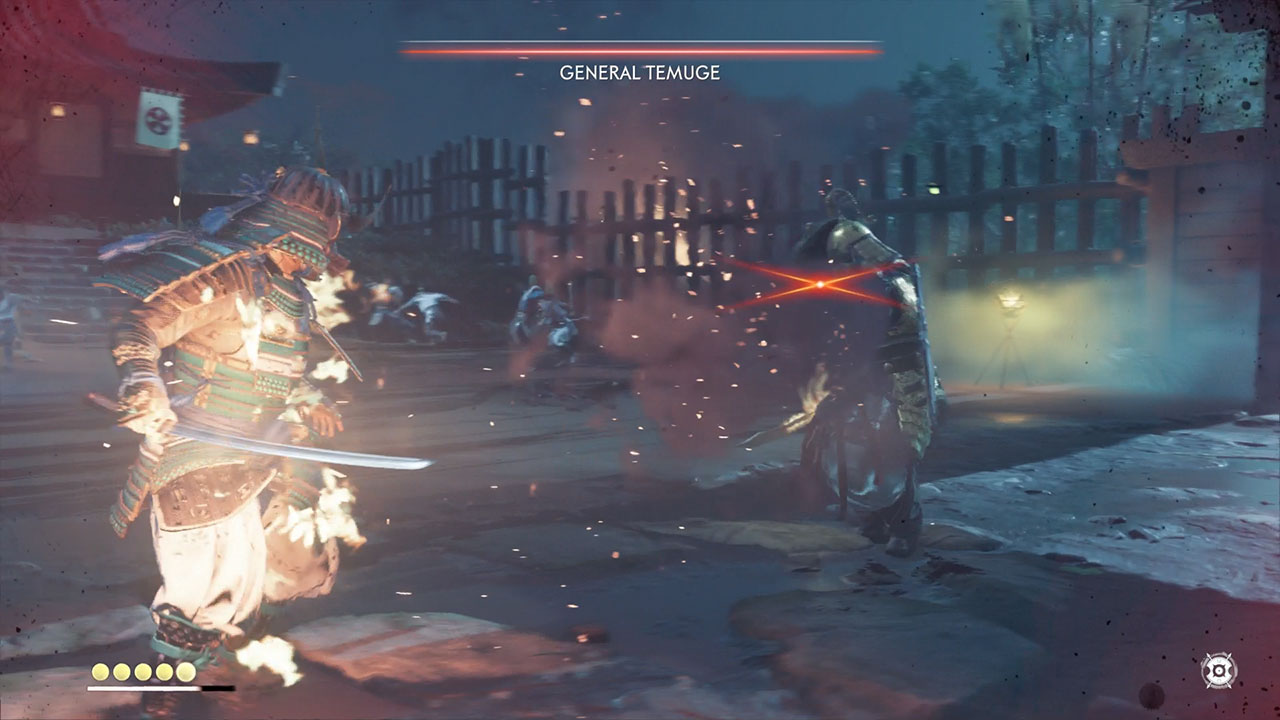 In Ghost of Tsushima big moments in the story are capped by one on one sword fights between yourself and different characters.  One of the first that you’ll encounter is the Mongol General Temuge.  This heavily armored and shield enemy will utilize everything they can to beat you.  There are some things to look out for when fighting General Temuge that’ll make life a little easier.  In this guide we’ll explain how you can beat General Temuge in Ghost of Tsushima.

It won’t be your first one versus one fight that you encounter in Ghost of Tsushima but it might be the hardest up to this point in the game.  General Temuge is fast and armored, and can easily drain your resolve leaving you open to be killed.  However, this fight plays out similarly to other fights in that you need to avoid the Red Attacks from this enemy.  Use standard dodges and counter attacks when he attacks with unblockable moves.  Though this boss throws a bit of a wrench into the situation with a flaming sword that can light you on fire.

Things to know here is that everytime he has a flaming sword he will attack you with a red unblockable attack.  You’ll get one of a short list of moves on these attacks.  It will likely be either just a two or three hit combo.  Tapping the circle button will avoid these attacks and if you attack immediately after the last hit of the combo you can hit him, otherwise he will block the attack if it’s too late.

Once the sword flame goes out, (which you’ll be able to hear by the sound of steam if  you don’t notice it visibly) try to use a regular block/parry combo which will allow you to strike him.  There are multiple milestones to taking down this boss which will be  marked through vocal exchanges between the two characters.

Simply follow this path to victory.  Get small shots in on dodges between red attacks.  When the flame goes out wait for a standard block/parry/counter to finish him off.