Wondering how many people are still playing Dead by Daylight?

Dead by Daylight is one of the few asymmetrical horror titles that has gathered and kept a meaningful player base over the years, something that many titles have failed to do in recent years. Dead by Daylight’s player count is one of the biggest in SteamCharts, the game released in 2006 still has thousands of players enjoying the asymmetrical horror atmosphere that allows players to experience the horror and thrill that many movies like Evil Dead and Friday The 13th have caused to millions of fans worldwide.

How Many People Play Dead by Daylight?

According to SteamCharts, Dead by Daylight has around 68 thousand players on its servers. Usually, Dead by Daylight’s player count fluctuates between 22 thousand and 40 thousand players. The game’s player count is something that many players are eager to find out. Many players measure a game’s success by the number of players on its servers after the game launches, and luckily for us, SteamCharts allows us to know how many players are on the PC platform. 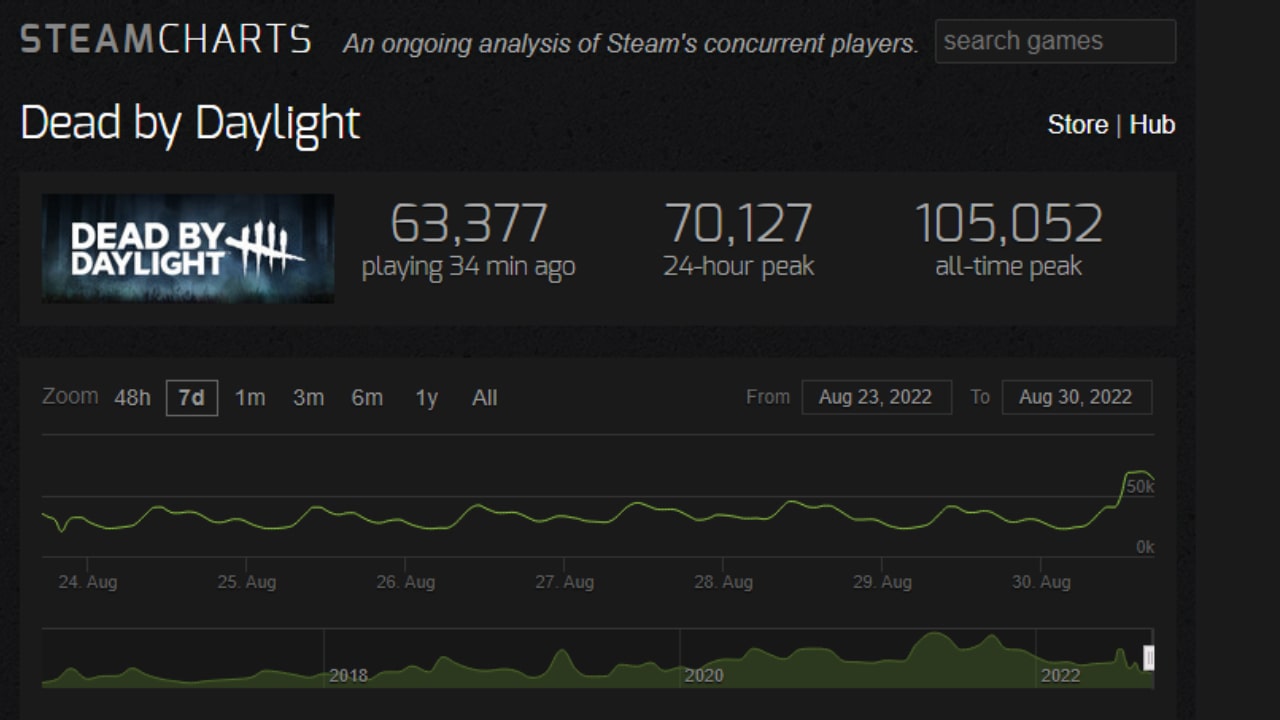 Right now, there is no official way to know how many players are on the other consoles, so we can only assume that the player count is more or less the same. Sites like PS-Timetracker provide some information regarding the number of hours player, sessions, and even player counts, but this is not an official PlayStation website, so these numbers may not be accurate.

Dead by Daylight has become the face of the asymmetrical horror genre, something many games have tried to accomplish, and sadly have failed and lost thousands of players to the only title that seems to have a grasp on what players of the genre want. Over the years, the developers have brought many content crossovers and additions to the game making it one of the best games out there.

On August 30, the Dead by Daylight developers released Project W, a new Resident Evil crossover that brings changes to the Raccoon City map that was featured in a past crossover and the following characters: Albert Wesker, Ada Wong, and even Rebecca Chambers.