How to Catch Articuno in Pokémon: Let’s Go, Pikachu! and Eevee! 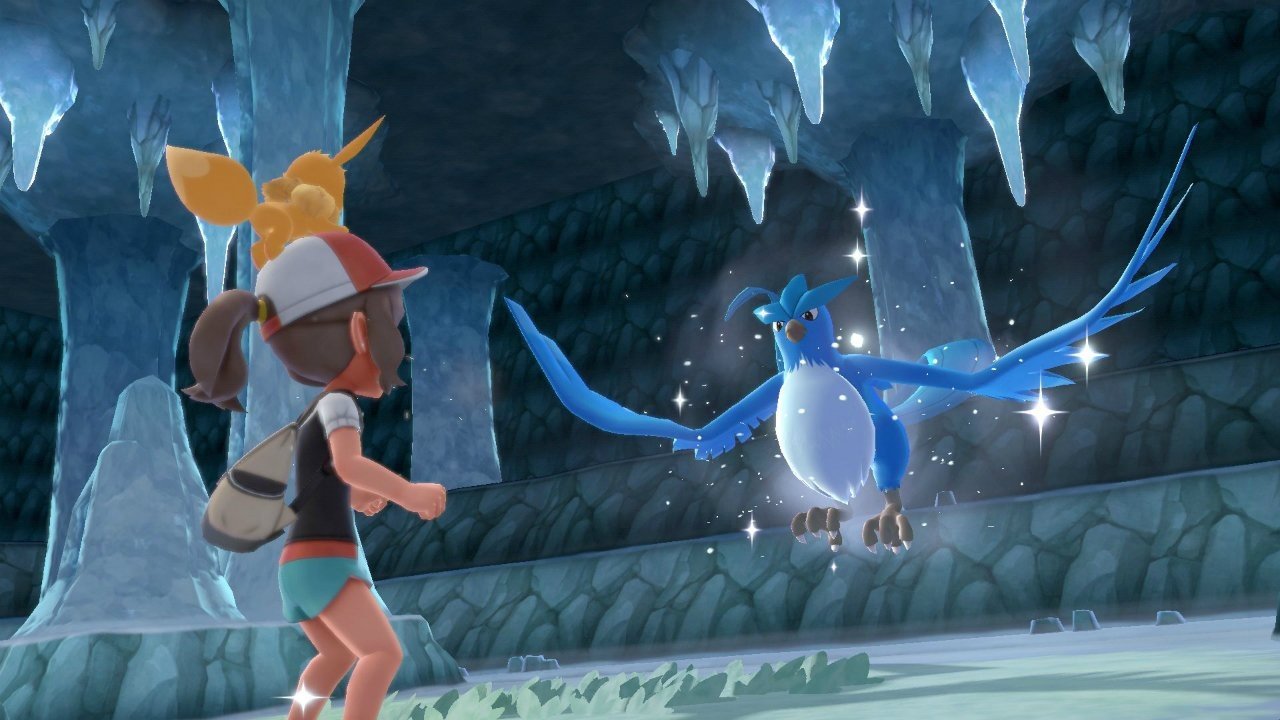 Three of the most powerful Pokémon in Let’s Go, Pikachu! and Let’s Go, Eevee! are the three Legendary Birds. One of these Legendary Birds is the Ice/Flying-type Articuno, which you can find shortly after reaching Fuchsia City.

In Fuchsia City, there’s a man who will teach your Partner Pokémon the Secret Technique Sea Skim, which allows you to travel across water. You’ll also want to travel just south of Fuchsia City where you’ll find Team Rocket. After an interaction with them, you’ll receive the Golden Teeth, which you can bring back to the Safari Zone Warden in Fuchsia, who will thank you and then teach your Partner the Secret Technique Strong Push, which can be used to push aside large rocks.

Once you have both the Sea Skim and Strong Push abilities, use Sea Skim to surf across the water to the south of Fuchsia. Continue swimming south until you eventually have to turn west. Go westward for a while and you’ll eventually come across a new landmass called the Seafoam Islands. Here, you’ll have to travel into an underground cavern to continue. You’ll find a lot of Ice-type Pokémon here that you probably haven’t encountered before, so go ahead and catch as many as you want. There are several floors in this cavern, and as a general rule of thumb, you’ll want to head downward while pushing pushable rocks into holes using Strong Push. Pushing rocks into holes will eventually land them in water, which will block the current and make the water calm enough to Sea Skim on. On the bottom floor of the cavern, there is one such strong current that can be blocked by rocks if you pushed all the correct rocks into all the correct holes. If these current is too strong, try going back up to previous floors and find any holes you may have missed and not pushed rocks into. Once the water on this bottom floor is calm, you can Sea Skim on it, which will bring you to Articuno.

You should probably save the game before actually interacting with Articuno, just in case things don’t go well. To interact with Articuno, simply go up to it and press the A button. This will prompt a short cutscene before your battle with the Legendary Bird starts. You will need to defeat Articuno in battle before you get the chance to catch it. Use strong Fire, Electric, Steel, and Rock moves to beat it. Rock moves in particular will do heavy damage since Rock is super effective against both Articuno’s Ice and Flying typings. Articuno is on Level 50, so be prepared for a potentially tough fight. Once you have beaten Articuno, you’ll have the opportunity to catch it like any other wild Pokémon. Articuno moves around the screen a lot and will always have a red ring, meaning it is difficult to catch, no matter what Berries you feed it, so come with a ton of Ultra Balls (at least 100 is probably a safe amount).