Here's how you can play Battlefield 2042 early. 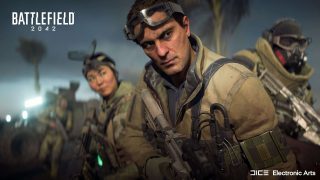 Battlefield 2042 Early Access was released today and it is already a hoot amongst the fans of this all-out warfare title. While the game is officially set to release on 19th November, Electronic Arts showed some mercy and granted uber eager players an early pass to the game. A truly ecstatic feeling is to know that, unlike the open beta version, the early access will be unabridged. So you will get complete access to the game’s content and modes, including Portal and Hazard Zone. This automatically means you get to see the weapons, maps, and other exciting online modes a week before the game officially begins.

However, just like all good things come to an end, the early access sadly has a duration cap of 10 hours. This means that once these 10 hours are up, you won’t be able to play and reap the joys of this robust FPS format awesomeness. The good news is that there is a solution to everything and so is to this problem.

Read further to understand How to Play Battlefield 2042 early and the various ways to play the early access.

How to Play Battlefield 2042 Early

For those who bought Battlefield 2042’s Gold and Ultimate editions, the early access is available from November 12 until the full launch on November 19. The subscribers who didn’t can only access the game’s EA Play Trial.

The EA Play trial is just a free 10 hours of Battlefield 2042 but you will have to eventually purchase the game once it is launched. On the other hand, having EA Play’s early access means you have the original copy of the game which you will be able to play for as long as you like from November 19 onwards. The regular EA Play subscription costs $4.99/month or $29.99/year. Xbox Game Pass for PC and Xbox Game Pass Ultimate are integrated with EA Play and all its features. So if you are a member of any of these, you already have an EA Play subscription.

For players who think 10 hours won’t suffice and 19th November is too far away, EA Play Pro is your go-to. EA Play Pro subscribers can download the full game 1 week early without having a 10-hour cap. The Pro membership is priced at $14.99/month or $99.99/year. So go bonkers on Battlefield 2042 with the early access and let us know your experience!