How to Play Half-Life: Alyx on an Oculus Quest

Plug your portable headset into your PC. 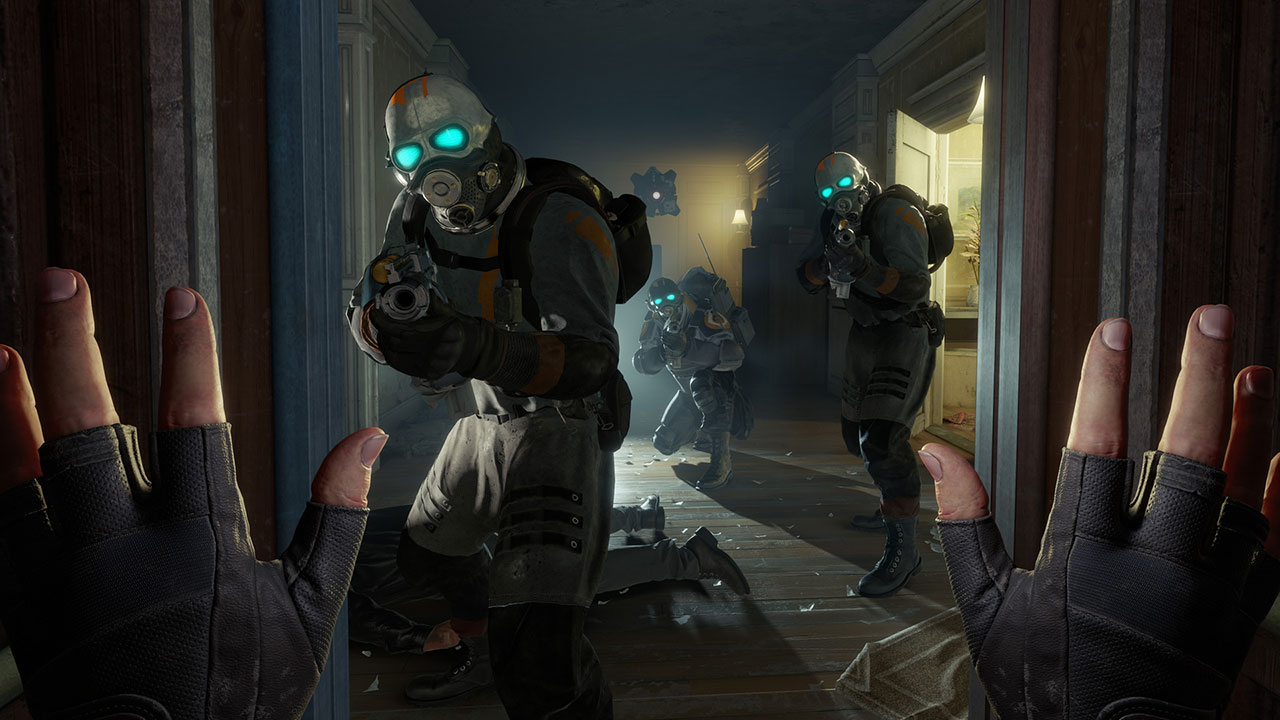 Half-Life: Alyx is one of the biggest VR games to date, and it’s compatible with every type of VR headset out there, even the portable Oculus Quest. The Oculus Quest typically remains wireless, playing whatever games are installed on its internal storage, but there is a way to play PC games on the standalone device. It won’t provide an experience comparable with the incredibly expensive Valve Index, but it’s a great way to play one of the year’s biggest games on a cheaper device. You’ll need a specific cable to do so, but it’s likely one you already have lying around somewhere. This is how to play Half-Life: Alyx on Oculus Quest.

How to Play Half-Life: Alyx on Oculus Quest

What is Oculus Link?

If you’re reading this guide, you probably already have an Oculus Quest headset and a copy of Half-Life: Alyx. The Oculus Link cable, priced at $79, will let you connect your Quest to your PC and allow it to essentially function as an Oculus Rift, transforming it into a fully-fledged PC VR headset. The thing is, not only is the Oculus Link cable incredibly expensive, but it’s also currently out of stock. Thankfully, you can use a high-speed USB C cable instead, a much cheaper alternative. We recommend this one, which is priced at $19 on Amazon. If your computer does not have a USB C port, you can use this cable, priced at $18 on Amazon, but it requires a blue USB 3.0 port to work.

The official Oculus Link cable is much longer (16 ft compared to 10ft), lighter, and will provide a better experience, but the recommended USB C cable will work just fine, especially given its price and availability. It’s also worth noting that Oculus Link is technically still in beta and it doesn’t play nice with a small handful of older graphics cards, but if you’re trying to play a demanding game like Half-Life: Alyx, hardware probably isn’t an issue for you. Also, while it is a USB C cable, you cannot use the charging cable that came with your Oculus Quest for Oculus Link.

In order to use Oculus Link, you’re first going to need to install the Oculus PC software. Click the blue button that says Download Software under the Oculus Rift S section. Run through the initial setup and launch the Oculus PC app. In the Oculus PC app, click on Devices on the left-hand side, followed by Add Headset, and finally Quest. At this point, make sure your Oculus Quest headset is powered on and updated to the latest firmware. Connect the headset to your PC using the USB cable and you should see a green checkmark pop up if everything is working. If not, verify that everything is plugged in correctly and you’re using a USB 3.0 port on your computer if you’re not using USB C on both ends. 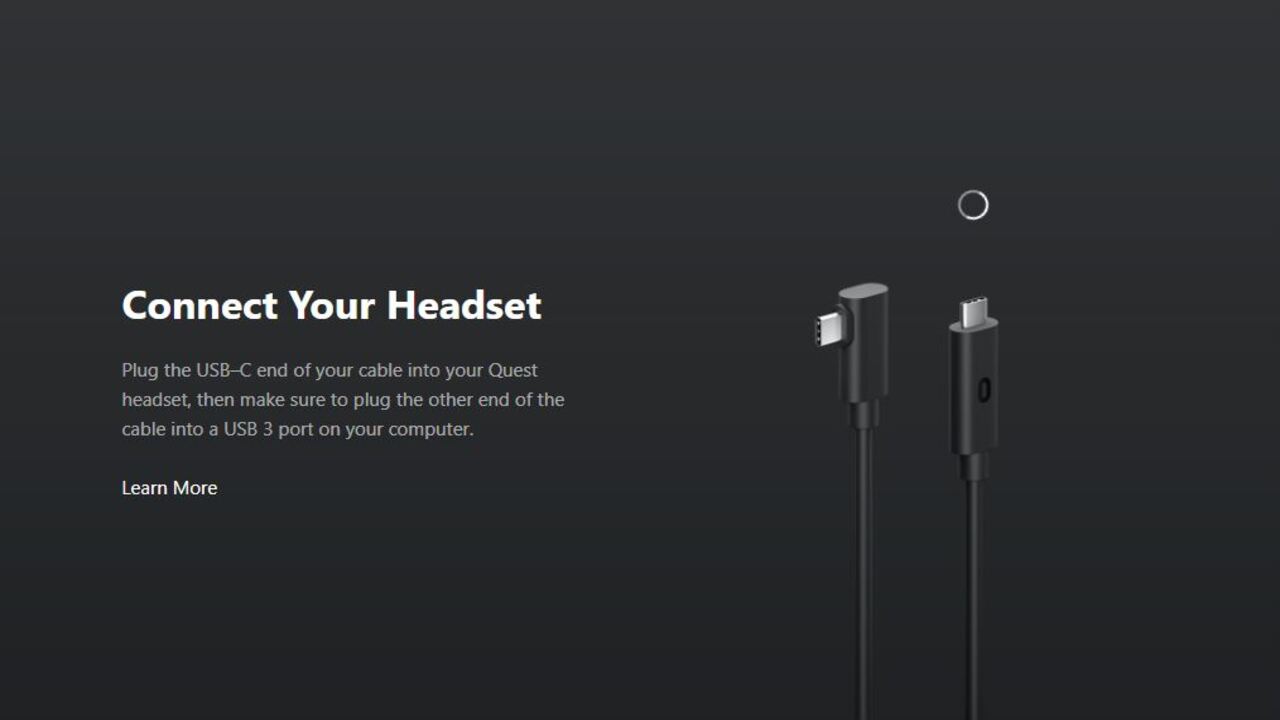 Click Continue to finish the setup process. You can now access PC VR content by putting on your Oculus Quest while it’s connected to your PC and enabling Oculus Link when prompted. Oculus Link can also be enabled by clicking the “Enable Oculus Link (Beta)” button on your dashboard within your Oculus Quest. When you enable Oculus Link, it will treat your wired Oculus Quest like an Oculus Rift, granting you full access to Oculus Home and PC VR apps. Because Half-Life: Alyx isn’t on the Oculus Store, though, there’s still one more step to get things up and running.

Thankfully, this step is very simple. First, go to the Oculus PC app. Click Settings on the left-hand side of the app and look for the General tab. Under the General tab, there should be an option to toggle Unknown Sources off or on. Switch it on. This will allow you to run games from outside of the Oculus Store, meaning SteamVR. Now, if you haven’t already, install Steam and SteamVR.

Once you’ve done all that, put on your Oculus Quest and enable Oculus Link. You should be prompted as soon as you put the headset on if it’s connected to your PC, but if not, you can click the “Enable Oculus Link (Beta)” button on your dashboard. With Link enabled, press the Oculus button on your right Touch controller to bring up the Dash menu. Click the Virtual Desktop option on the right side of the icon bar. This should bring up a virtual screen in front of you with your desktop on it. Now, navigate to Steam and start SteamVR with the headset on. SteamVR will start up like normal, letting you play any Steam games you want. 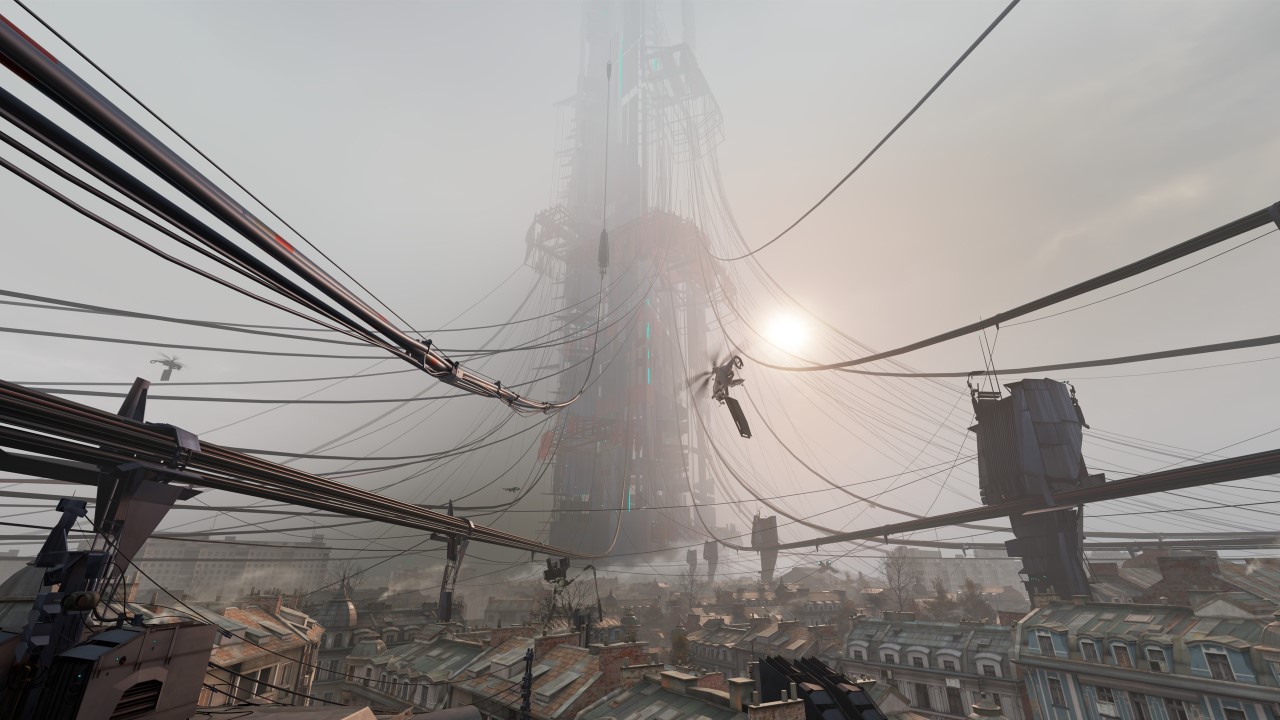 At this point, you’re ready to go! You’re officially prepared to return to City 17 when Half-Life: Alyx launches on March 23. When the game releases, follow the steps above to enable Oculus Link and start SteamVR. From within SteamVR, Half-Life: Alyx should show up in your library if you have the game installed. It’s also worth noting that the SteamVR menu is summoned with the menu button on your left Touch controller, which is different from how you bring up the Oculus Dash menu. Any time you want to play Half-Life: Alyx on your Oculus Quest, just follow these simple steps.

Home / Game Guides / How to Play Half-Life: Alyx on an Oculus Quest