Take your Pokemon with you, wherever you go. 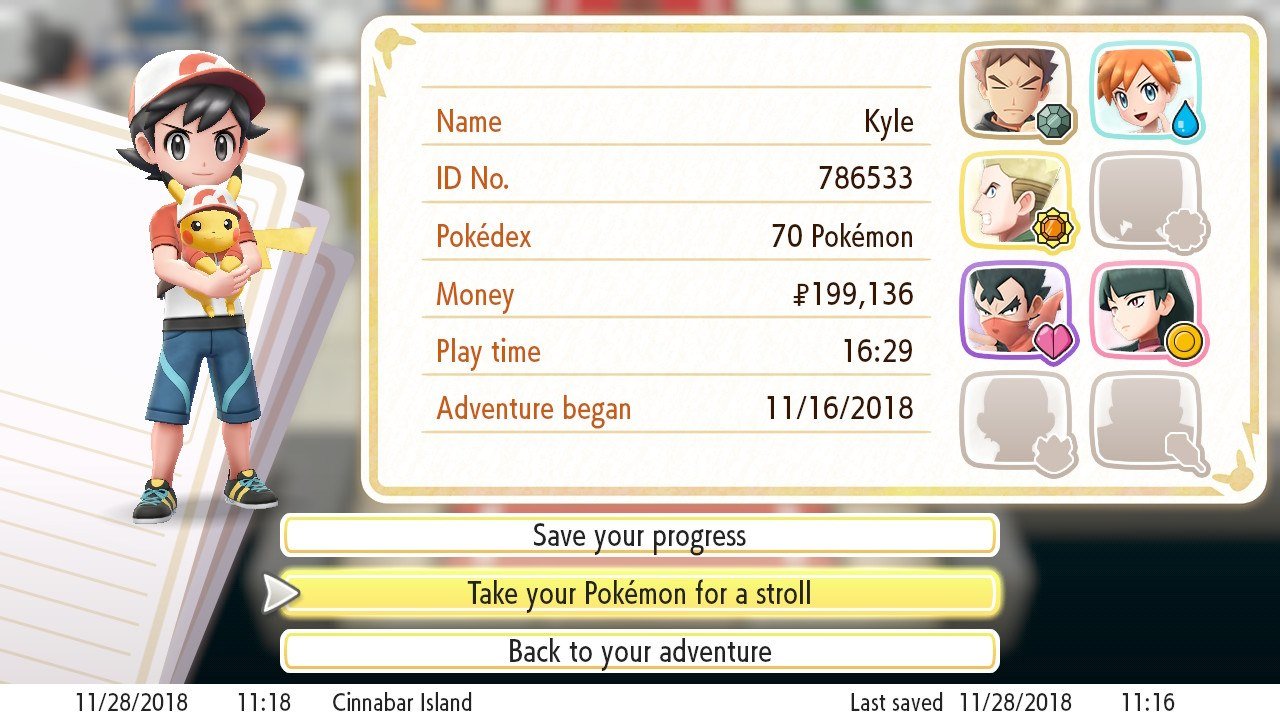 Were you one of the die hard fans who bought not only Pokemon Let’s Go, but also the PokeBall Plus accessory? Did you get your Mew out and then wonder how to put a new Pokemon in? Yeah, lots of players did. It’s one of those random features that isn’t put right in front of the player, since only select players even have the accessory. I’ve got one though, and that means I can tell you how to put Pokemon into the PokeBall Plus in Pokemon Let’s Go Pikachu and Eevee.

While it doesn’t make a ton of sense, the way to do it involves selecting Save from the main menu. Bring it up and hit Save and you’ll see that there is an option to take your Pokemon for a stroll. This will then walk you through the steps, which include connecting the PokeBall Plus to your game, selecting a Pokemon to put into it, and describing how to use it.

Basically you just want to keep the PokeBall Plus on you, carrying it around and earning points to level up whichever Pokemon you have inside. You can also earn rewards for this, so make sure to use it as much as possible. Connect your PokeBall Plus to Pokemon GO and you can use it like a Pokemon Go Plus accessory.

And that’s how to put Pokemon into the PokeBall Plus in Pokemon Let’s Go Pikachu and Eevee.