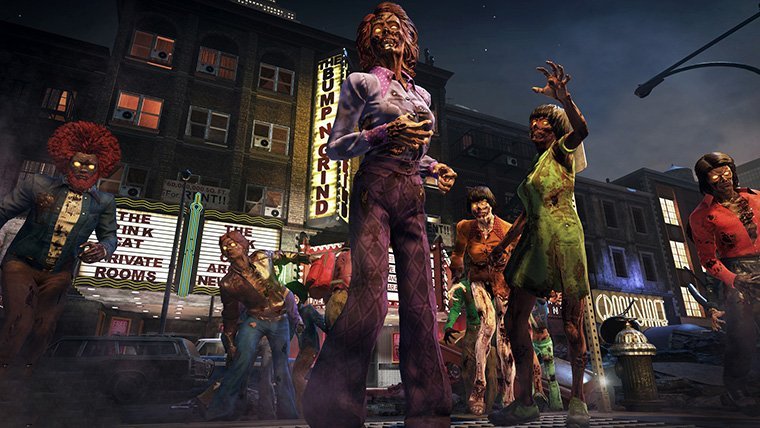 The DLC 2 for Call of Duty: Infinite Warfare has introduced a new zombies mode called “Shaolin Shuffle” and with it new Easter Eggs to discover.  The new mode may have only been available to play for the last day, but the Easter Egg has been discovered for the game.

Step 2:  You must find one of the rat cages found throughout the map that has a rat in it and use a Shuriken on it.  This will unleash a rat that will take you to other cages around the map.  Follow the rat to each cage until you reach the final one.  You’ll know you’ve reached the last cage because a star will appear that you can pick up.  Once you do, a yellow circle will appear on the ground in which you must fight a group of zombies and then ninjas.  Defeating the hordes, you’ll earn a key.

Step 3:  Take the key to the subway lockers and it open to reveal symbols for the Soul Key.

Step 4: You’ll then need to start going around the map and shooting these symbols around the map.  However, this requires that you do this in a very specific order.  The first is outside to the right of the Dojo.  The second is in the bathroom of the disco.  The third is near the lion statue next to Deadeye Dewdrops.  The fourth is the symbol right next to the third.  You can see the symbols in this image.

Step 5:  You need to fight the Rat King.  The Rat King can be found in a circle in front of the Black Cat Dojo.  Defeating the Rat King will drop an eye which you must collect.

Step 6:  Talk to Pam Grier’s character again.  There will then be six orange Rat King symbols around the map, you need to shoot these symbols when you see them.  You can use the L1 Button to reveal symbols near you, but only one symbol will spawn at a time and they are seemingly random.  However, you can find them in a bunch of different places.

Orange Rat King Symbols can be found in: In the window of the Barber Shop, Behind the train in the spawn area, Above the door in the dojo, In Heebie Jeebies behind a speaker, On the roof of Inferno Disco, Near the Magic Wheel on a clothes line, An airduct in Inferno Disco, Next to the Ripper , On a Police Car by Bombstoppers, Across from the Theater on a Inferno Disco sign.  There are a couple of hidden signs as well, that require some jumping to see.  The blue room at Trailblazers in the left corner, and behind the stairs on the side of Bang Bangs.

Step 7:  Once you collect the symbols a phone will ring.  It will play a morse code message that must be deciphered.  Once you know which number the code translates to, you’ll need to find a Nightmare Summer poster with the corresponding number and take it.

Step 8: Take the poster to the roof of Inferno Disco.  Place the poster onto the spotlight.  Once you do that, an X will spawn on a window on which you need to use explosives.  Once you do, a fight will ensue with a group of Ninja Zombies.   Defeating them will open up yet another puzzle for you to complete.

Step 9:  Word puzzle on the rooftops.  Shooting the symbols will allow you to spell out words, a number of which have been confirmed to work to progress to the next area.  Confirmed words for the Rooftop puzzle include:  Obelisk, Spaceland, Broadway, Death, Hives, Basement, Pam Grier, and many other words have been confirmed by different players and streamers and youtubers.

Step 10: You’ll need to trigger a second fight with the Rat King.  You need to go to the area where the EVO buy is near Deadeye Dewdrops.  After you defeat the Rat King you’ll pick up his brain.

Step 11:  Speak with Pam again.  The game will skip ahead three rounds, and then lock you into the Dojo with all exits blocked by fire.  If you survive, a piece of the turnstile gate will drop in front of the Dojo.  Take this piece to the broken turnstile gate in the subway to earn a trophy.

Step 12:  The next part to progress requires that you go to the roof of Mule Munchies by way of a wooden ladder.  There is a symbol that must be shot in one of the adjacent buildings.  Look through the windows of the building across from the rooftop to find this symbol.  Once you’ve shot the symbol the next step will begin.

Step 13: Glowing circles will start appearing around the map.  You must defeat all of the zombies within each circle until you hear a gong sound.  After the gong, a dancing zombie will spawn on the dance floor of Inferno Disco with a disco ball above its head.  You must kill the zombie with the disco ball above its head until it no longer respawns.

Step 14:  Outside of the Inferno Disco a new Rat King symbol will appear.  Activate the symbol and you’ll fight the Rat King for a third time.  This will give you the heart.

Step 15:  Speak with Pam in the Dojo and then go to the Rat King’s Lair.  Once the round has ended you’ll trigger a multi-stage boss fight.  You can find the steps to complete the final boss fight below: