Try the game for as low as a buck. 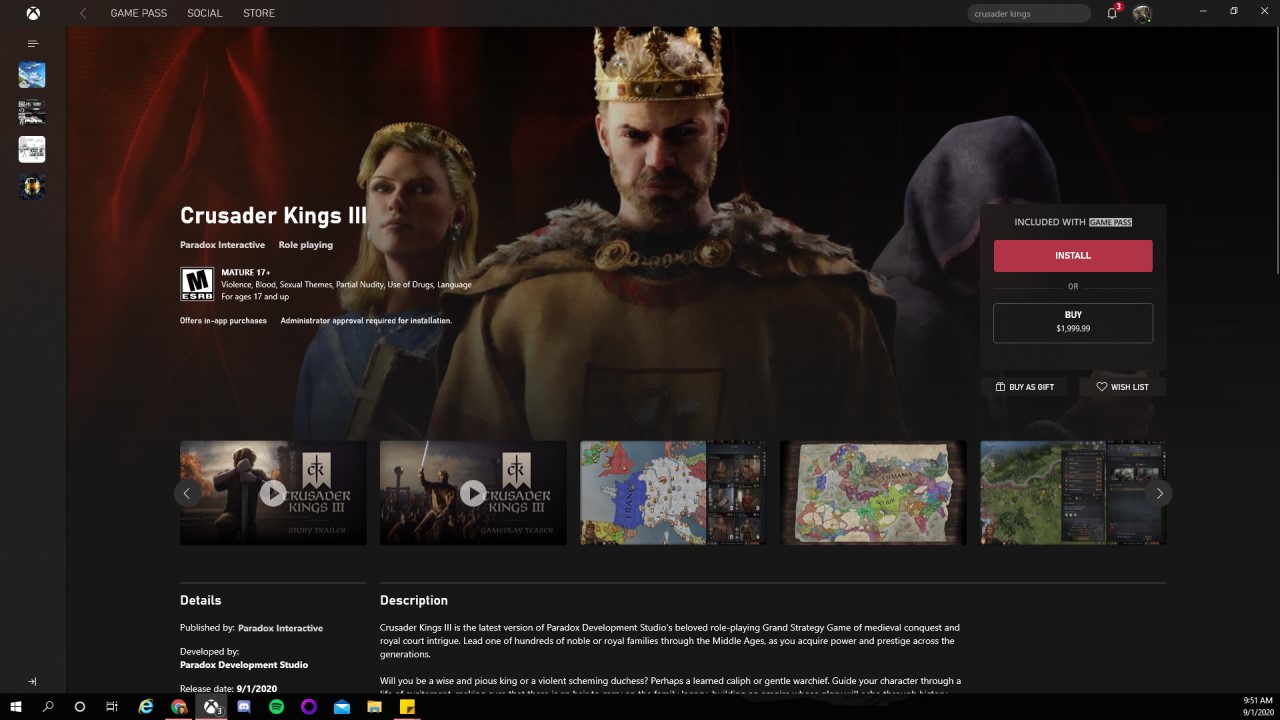 Crusader Kings 3 has finally arrived to take the throne on PC, and some have wondered if the game will be available of the Xbox Games Pass. Well, I have some good news for you, and well as where else you can play Paradox’s latest grand strategy/role-playing mash-up.

Crusader Kings 3 is available on the Xbox Games Pass, and a handful of other storefronts.

Additionally, you can purchase Crusader Kings 3 from both Steam and Paradox’s own Paradox Plaza. The game is compatible with Linux and Mac as well, so those of you who don’t use Windows are not left out in the cold. Currently you can buy one of two versions: the base game for $50, and the “Royal Edition” for $75, which comes with the expansion pass for the first four DLC updates (Fashion of the Abbasid Court, First Flavor Pack, First Major Expansion, and Second Flavor Pack; I know, they’re very descriptive titles). The system requirements are relatively lax, so if your rig fits the requirements found here you’re good to go! Go forth and conquer, my lieges.