How To Kill Androids/Synthetics In Alien Isolation Effectively 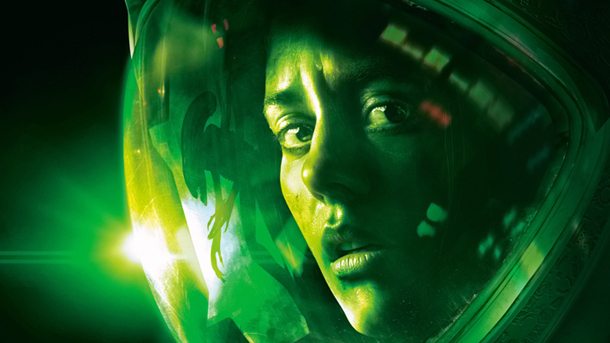 Many of you may have picked up Alien Isolation this week. Sure there are Xenomorphs and Humans enemies in the game, but the hardest enemies of all are the annoying Androids/Synthetics.

Earlier in Alien Isolation, the Androids aren’t too bad as there are not a lot of them and you can sneak past them. It’s when you have reach the third act of the game you will have to face a lot of them. You cannot simply avoid them like you could earlier in the game. You will have to kill some of them as they are simply in your way all of the time.

If you’re struggling to avoid/kill the Androids in Alien Isolation, I’m going to give you tactics I used that helped me out. Bear in mind these are just my own tactics I used to try and conserve as much ammo as possible. I made sure to conserve ammo as I had a hunch the game would get harder. Turn out I was right as there are lots of Androids lurking around in the third act of the game.

First of all are your guns. The Revolver is effective, albeit you will need to shoot at the Androids’ heads multiple times before they die. It can be a hassle using the Revolver all the time since you need to use a lot of bullets. You can use it if you want, but it wasn’t that effective in my opinion.

One of the best weapons of the game is simply the Shotgun. You will need to aim for their heads to kill them instantly. Some Androids only take one head-shot to die, while others it can be two. Be sure to reload your gun before you shoot as Alien Isolation is a game where you have to reload manually yourself. Also, use the Shotgun sparingly as ammo is not abundant.

The best weapon I found is the Bolt Gun. The Bolt Gun appears in a level where it looks like it’s raining. To use the Bolt Gun, simply hold down the trigger button and then let go when you need to fire it. A shot to the head should kill Androids instantly. Just make sure to be in close range for it to work properly.

The EMP grenade is effective at disabling Androids in a group. Craft it ASAP if you have the right supplies for it. Throw it on the ground and the Androids will freeze, but they’re not dead yet. Simply just press the attack button by itself and Ripley will kill them using her hammer/wrench. Be warned, the EMP grenade only works on normal Androids. Later in the game when it’s raining, you will encounter Androids that wear raincoats. These tough (insert swear word) are immune to EMP grenades so don’t waste it on them. I do not advise you to use Molotovs and the Flamethrower on Androids. These are more effective for the Xenomorph and Facehuggers. Androids are resistant to fire in some cases so don’t waste too much fire on them. Save your fire for the Alien creatures instead. You can use fire on the Androids, but you will use a lot of ammo just to kill one of them!

Lastly, we have the Pipe Bomb (not CM Punk-related). The Pipe Bomb is like the EMP Grenade as it takes a lot of components for you to make. The Pipe Bomb is powerful so make sure to throw it from a very far distance. You don’t want to end up like me and killing myself by throwing it too close. Sprint a good distance, then turn around to throw it. The Pipe Bomb is good sometimes, but not the best weapon against Androids in my opinion

Some last pointers from me about the Androids in Alien Isolation. If you can sprint away from them, do it as you don’t need to kill all of them. Earlier in the game you can just hide from them as they are not as aggressive.

When you encounter the tougher Androids wearing the raincoats, use the Shotgun and Bolt Gun only. These are the only weapons I found that could kill them. You will have to kill them as they will get in your way during the level when it’s raining.

Hopefully these pointers will help you out during the tough last part of Alien Isolation. Feel free to comment below for other advice you have about killing the darn Androids in this game.

To read my other guide on how to avoid the Alien, click here.