The Last Guardian Guide: How to Control Trico 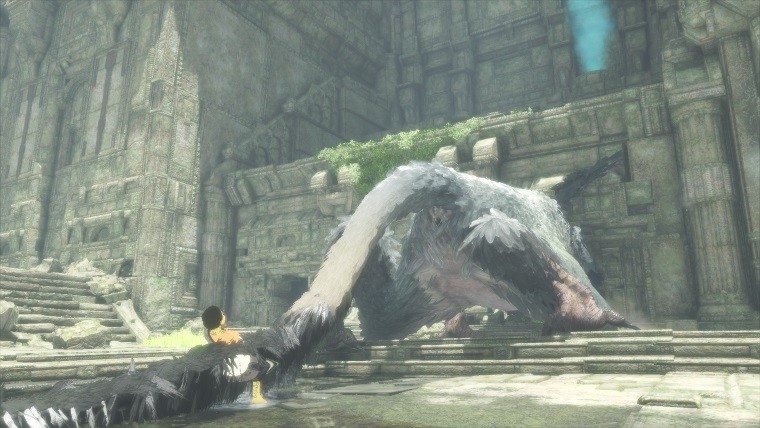 The Last Guardian is a very unique game. While most titles have you controlling the central, and most powerful character, The Last Guardian has you playing as a lonely, lost boy. The real power is held by Trico, the massive cat/dog/bird creature that will hopefully help the boy escape his imprisonment. Unlike other game characters though, Trico has a mind of his own. He will respond to commands, but not immediately, and sometimes not at all. Players will have to work within this framework to beat the game. So here’s a guide on how to control Trico in The Last Guardian.

These are more tips than explicit instructions, as controlling Trico is similar to controlling a real, living creature. You have a few commands, but if Trico doesn’t feel like listening, he’s not going where you ask him to. When this happens, you can use these tips to hopefully get him going where you want.

Everything centers around the R1 button. You learn this early on, as you press it to call Trico to your current location. However, there is far more you can do with it than just walk to your goal, press it, and have Trico run to you, whenever he feels like it of course.

Partway through the game you learn how to direct Trico’s actions using R1. Simply hold the button down and point with the left analog stick. This will cause the boy to yell and point in that direction. If Trico trusts you enough, so not too early in the game, he’ll listen. This usually just directs his attention that way, allowing him to decide what to do. It’s not a direct control, is what I’m saying. You can also tell Trico to jump by holding R1 and pressing the Triangle button. The boy will jump, indicating to Trico that he should jump as well. This is also helpful for pointing his attention upward.

You can do all of this from the ground, but it seems to work better while riding on Trico’s back. Just crawl on him, perhaps to his neck or head, and do these actions and you should get him looking or going where you want.

That’s it for how to control Trico in The Last Guardian. Hopefully this helps, but be sure to share your own tips in the comments.