Legend of Zelda: Link’s Awakening – How To Defeat Moldorm Boss

Found at the end of Tail Cave. 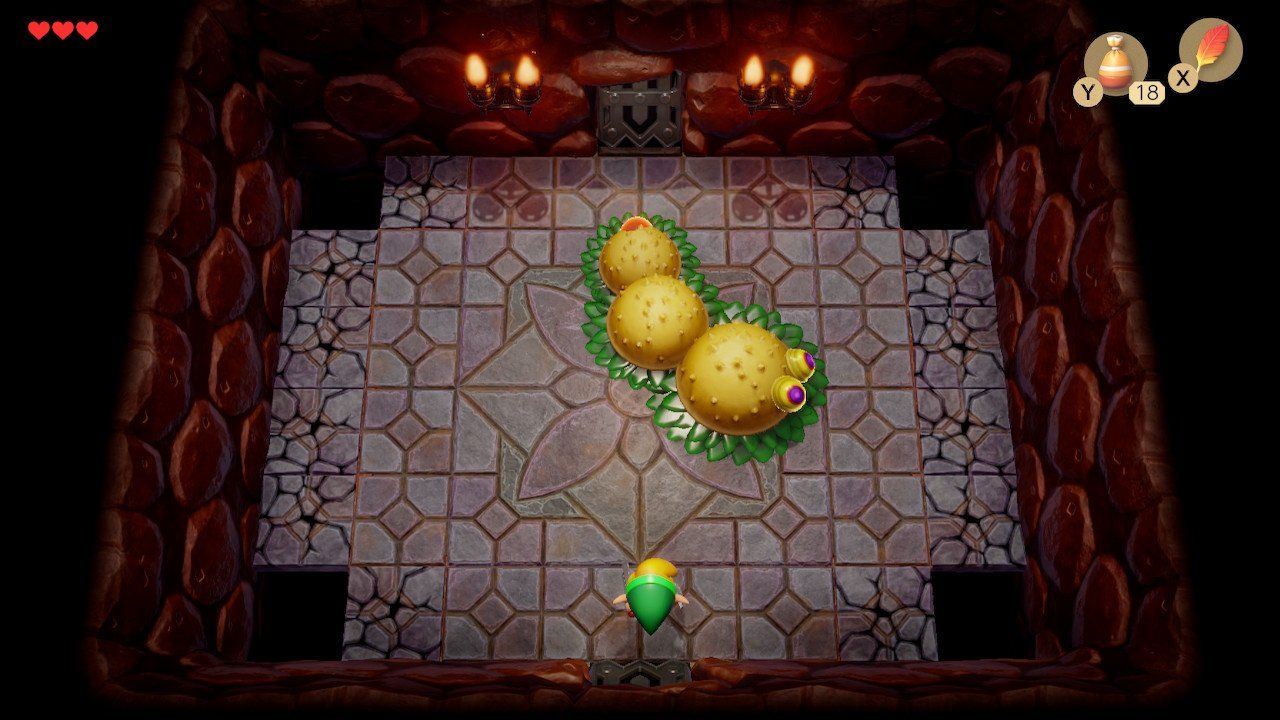 Boss battles are always one of the most exciting aspects of any Legend of Zelda game, with sometimes them being original enemies and others they are just larger versions of existing enemies in the game. The first boss in The Legend of Zelda: Link’s Awakening that is within Tail Cave takes from the latter category with a larger form of a classic Zelda enemy that appears earlier in the dungeon with Moldorm.

This giant Moldorm cannot just be hit with your sword outright, but rather its weak spot instead. You will notice an orange spot on its tail that you must hit with your sword. This can be easier said than done as it moves around at random, but you should be able to hit it without too much trouble at first.

After a hit, Moldorm becomes invincible for a bit, so just dodge attacks until the tail turns orange again. This means you can hit it again, though Moldorm does get faster with each subsequent hit. After the third hit, Moldorm gets really fast, so sometimes you have to rely on luck to actually hit it here.

Repeat this process until you have hit Moldorm four total times and you will have defeated the boss for the first dungeon in The Legend of Zelda: Link’s Awakening.