Legend of Zelda: Link’s Awakening – How To Get To Bottle Grotto (Second Dungeon)

BowWow is your friend. 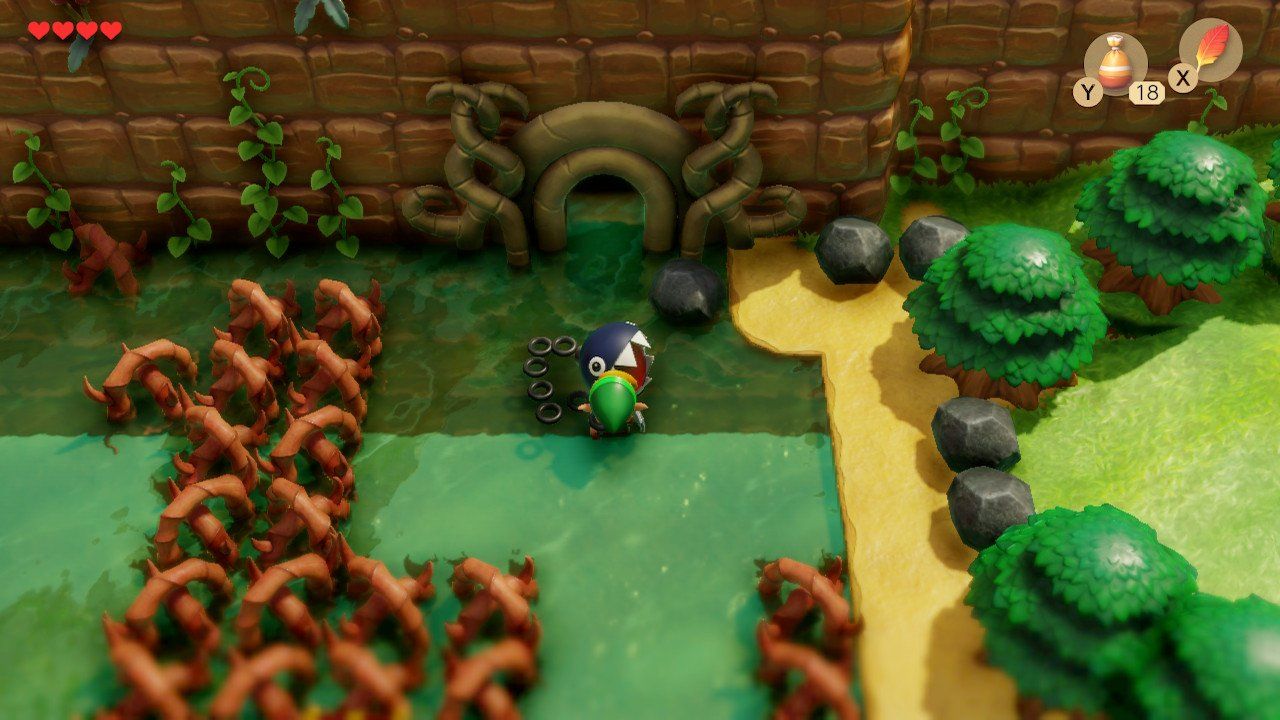 The Legend of Zelda: Link’s Awakening dungeons aren’t just as simple as being open for you to access, as they typically require you to solve some sort of puzzle or complete a task to gain access to them. The second dungeon in the game requires you to complete another quest to save BowWow first that we covered in another guide. After saving BowWow though, you can use him to make your way into the game’s second dungeon known as Bottle Grotto.

Unlike Tail Cave, you will not need a key to gain entrance, as the path to get to Bottle Grotto is more the puzzle to solve this time. After exiting where you saved BowWow, you will actually be close to the dungeon, but you will actually have to go a round about way to get there, as you cannot live the nearby rocks at this point of the game.

So make your way back into the Mysterious Forest and work your way west until you can head back north and finaly east to try to get to Goponga Swamp. BowWow can be a big help with enemies here, as he will eat them up as you go along.

When you reach Goponga Swamp, you will see a a swamp will of fish and barriers preventing you from taken a straight path through. You have to navigate through these barriers and have BowWow eat the nearby flowers that are blocking the way. It’s probably a good idea to take the fish out too so they don’t damage you along the way.

Continue to make your way through the swamp, eventually running into giant flowers that spit poison at you. BowWow can take care of these too though, so used him to get rid of them. You can just skip around them if you want, but taking them out will lead to a chest with 50 rupees too, which can come in very handy at this point of the game.

Eventually you will make your way to the northeast portion of Gopongo Swamp and find a few flowers blocking an entrance that BowWow will destroy. This is the entrance to the second dungeon in The Legend of Zelda: Link’s Awakening known as Bottle Grotto, so say goodbye to BowWow and enter the dungeon.

Home / Game Guides / Legend of Zelda: Link’s Awakening – How To Get To Bottle Grotto (Second Dungeon)