Legend of Zelda: Link’s Awakening – How To Save BowWow 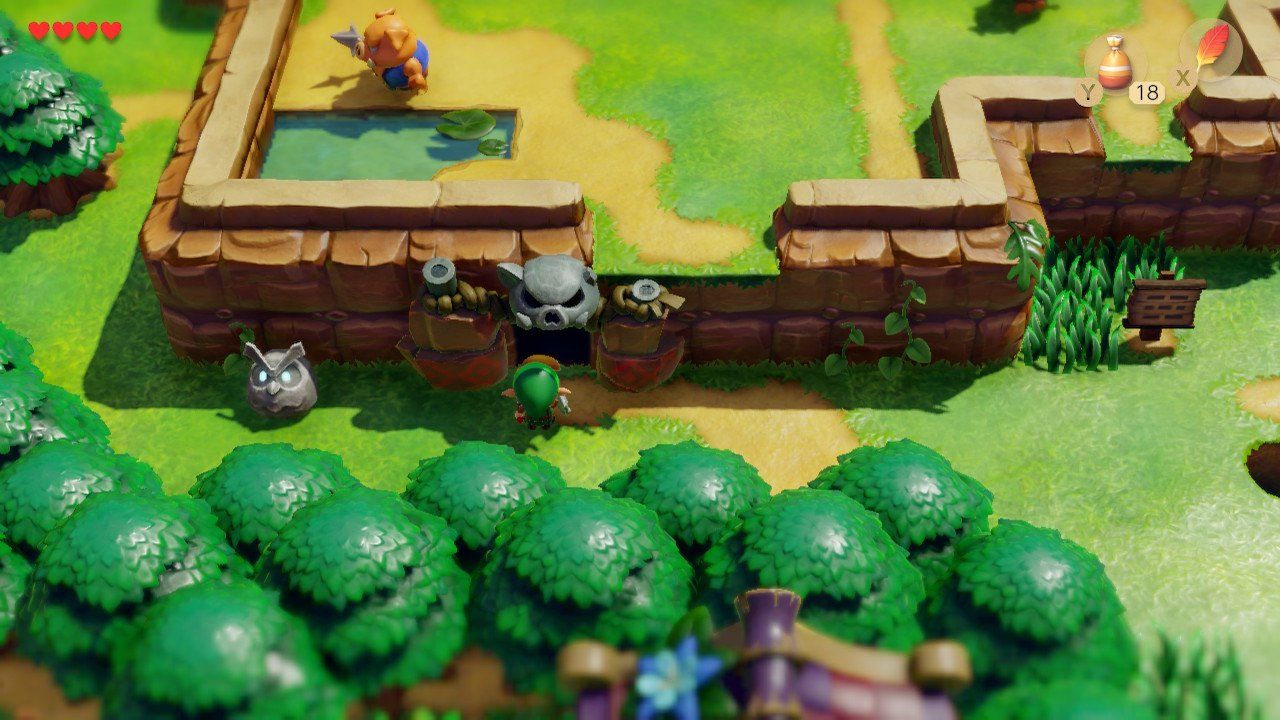 Following the defeat of Moldorm and the completion of Tail Cave in The Legend of Zelda: Link’s Awakening, you will discover that someone has been taken from Mabe Village. That someone is actually BowWow, the Chain Chomp like from the Super Mario Bros. series, who was taken by a horde of Moblins. We have to rescue BowWow from their clutches, so we’ll explain where and how in this guide.

After you find out about BowWow being taken and speaking to its owner outside of where BowWow was kept before, head back into the Mysterious Forest to the north of this area and make your way to the northeastern area to where you notice a grassy area with a Piece of Heart surrounded by holes. Grab your Roc’s Feather and jump to get the Piece of Heart while you are at it and then use it again to jump to the north and reach Tal Tal Heights.

Now follow this path to the right and enter the nearby cave that you see next to the owl statue with a stone Moblin skull on top of it as see in the above image. Once you are inside, you must fight a simple shielded Moblin before you can move to the next room. Here, you must fight four regular Moblin, which can be a little difficult due to them tossing their spears. Use your shield to your advantage and make your way to the next room. In this next room you have to face the lead Moblin, which is a giant red one unlike any we’ve seen before. You can’t just go up and start attacking this Moblin, so instead we have to play defense at first. Watch out for his spear that he throws at you, but what you really are waiting for is when he charges up and rams at a wall. You need to get out of the way and make sure he hits the wall. Now while he is vulnerable, hit him as many times as you can. Do this a few times and it will be defeated before too long.

After you finish this, go one more room to the right to find BowWow, who is attached to a post. Just interact with BowWow to free it from captivity.

Home / Game Guides / Legend of Zelda: Link’s Awakening – How To Save BowWow