A fight that would make even the most obnoxious Pokemon stall teams blush. 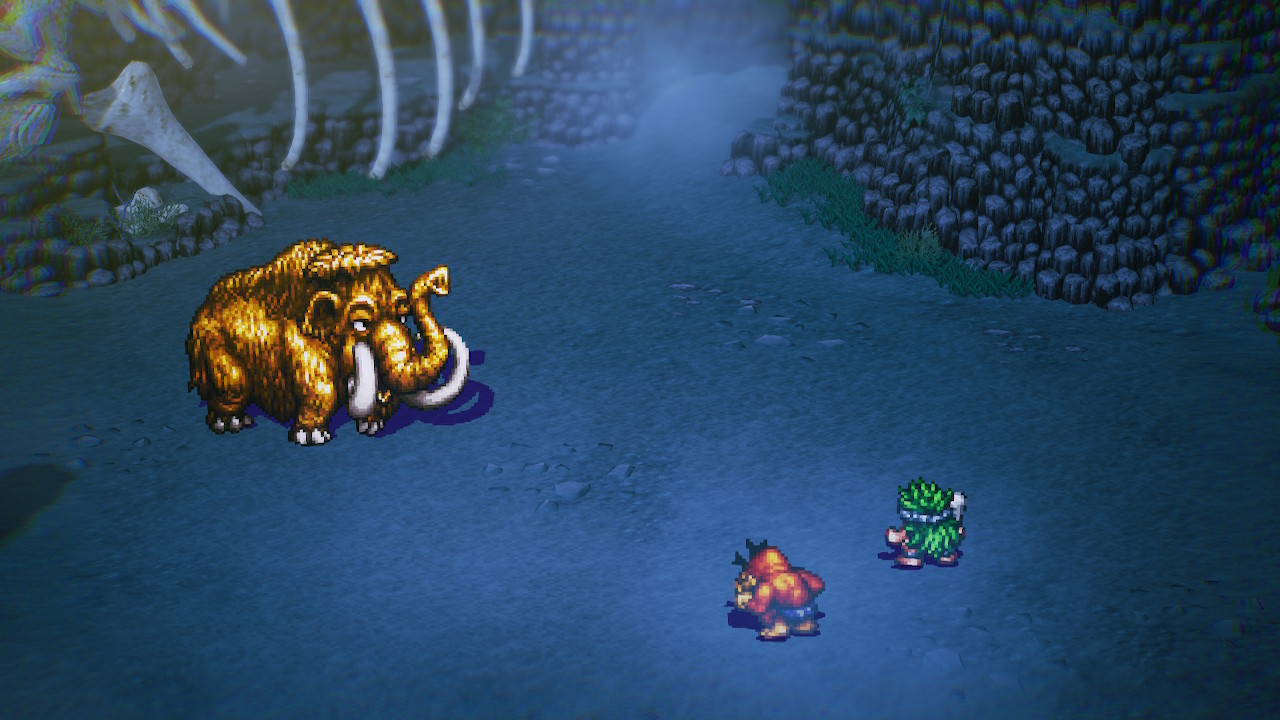 Live A Live has a ton of optional dungeons and enemies you can encounter, with enticing bonuses you can acquire if you win.  It makes for a rewarding experience and, frankly, makes for added replay value, especially if you missed these options in your first playthrough.  During Pogo’s campaign in the Prehistoric Era, you may have entirely missed the Mammoth King boss, even if you were using Pogo’s special sense of smell to track food and prey.  Here’s our guide on Where to Find and How to Beat the Mammoth King Boss in Live A Live!

You can find the Mammoth King as soon as you’re kicked out of your cave, where you find yourself out in the wild after dark; use your sense of smell, and walk into the scent clouds, and if you see the image of a mammoth in the cloud, go toward where the screen starts to shake, and keep tapping ‘A’ so you can trigger the encounter.  The beast likes to move fast and doesn’t stay stationary, and you can even encounter it without using your scent.  Additionally, if you’ve found its trail, you’ll see a rapidly-moving corresponding icon on your minimap – find it, while tapping ‘A’, and get ready for a fight.

We don’t recommend getting into the fight immediately, the Mammoth King is one of the hardest bosses in the game, especially if you’re still at a lower level.  Go out and hunt the beasts at night until you’re ready, amassing levels and crafting better equipment to wear into battle.  Beyond level 11 and above, give this fight a shot, and be sure to fight dirty with lots of Poke Bind to keep the Mammoth stunned, because this boss can deal out devastating hits as well as heal massive amounts of damage due to absorbing the flame tiles it can leave behind.  It’s a rough fight, so buckle up, keep it from moving as much as possible and have plenty of Huge Haunches of Meat ready. 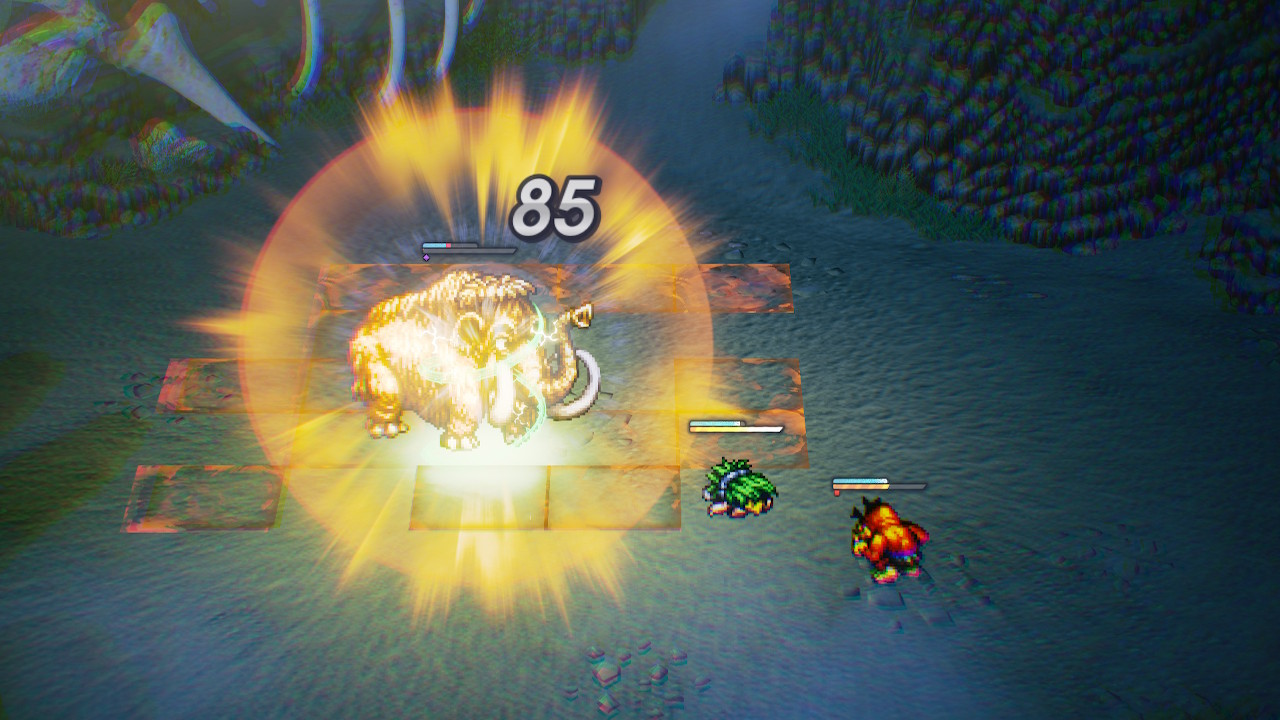 Your chances can be dramatically increased if you have plenty of Beast Horns and Pretty Flowers equipped, and if you give either character the Rock of Rocks, acquired by hitting the peculiar face-shaped rock in the same area exactly 100 times, opening a secret cave to the west.  To get this item, simply use a bone on the giant slate to get this incredible accessory, boosting your special attack by 50 points.  But ultimately, keep spamming Poke Bind to keep the Mammoth from laying fire terrain and make sure Gori is on group healing duty.  Your reward for winning this fight is a Fang of the King item and a chance for a Cola Bottle, which can come in major handy against tough bosses thanks to its massive speed boost.

This concludes our guide on Where to Find and How to Beat the Mammoth King Boss in Live A Live!  This is hands down the most infuriating boss in the game thanks to its massive stall capabilities, self-heal, and raw damage output.  Be sure to check out our other guides for this game, and our review!