Help this invader bow out with these tips! 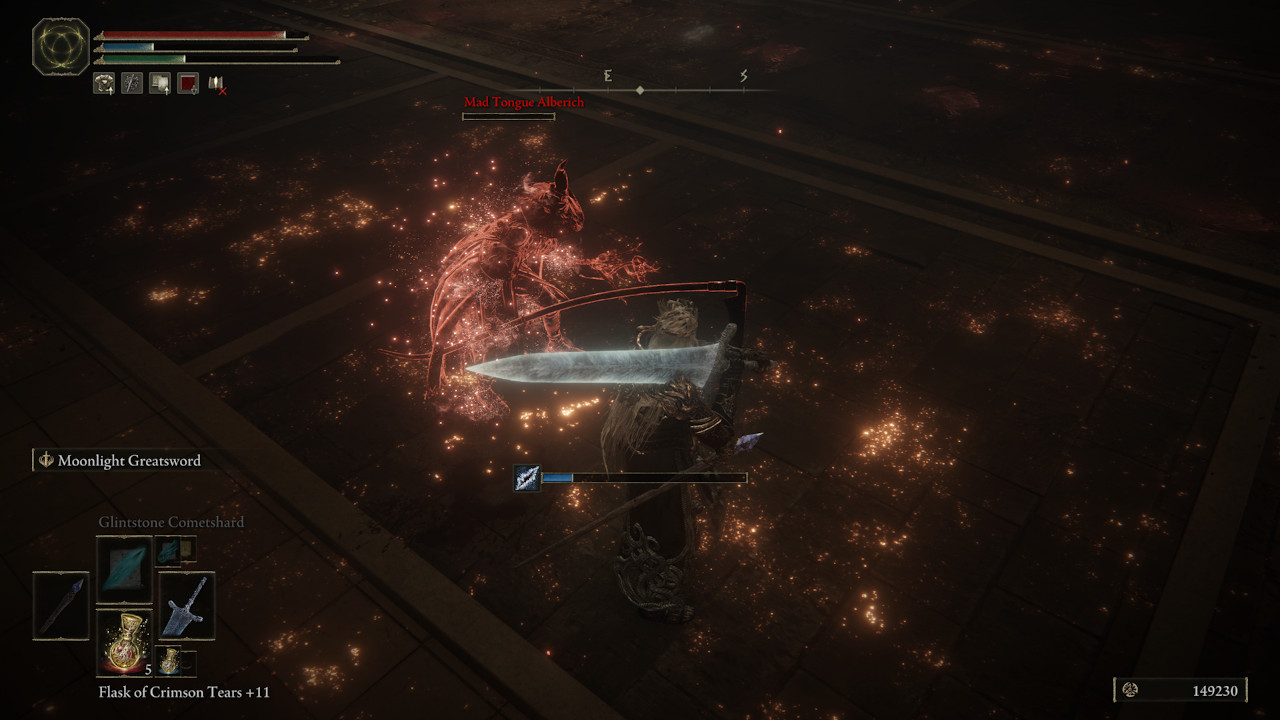 Elden Ring carries on a particular tradition in FromSoftware games in that it sends NPC and boss-type characters in the form of PvP encounters.  These fights are often good practice for fighting against real players, and the Mad Tongue Alberich fight is one of the earliest examples that serve as good practice. The enemy has decent range and a variety of physical and magic attacks, so it’s good to go in with a strategy to quickly dispatch this enemy before he becomes a problem.  Read on for our guide on How to Beat Mad Tongue Alberich in Elden Ring! 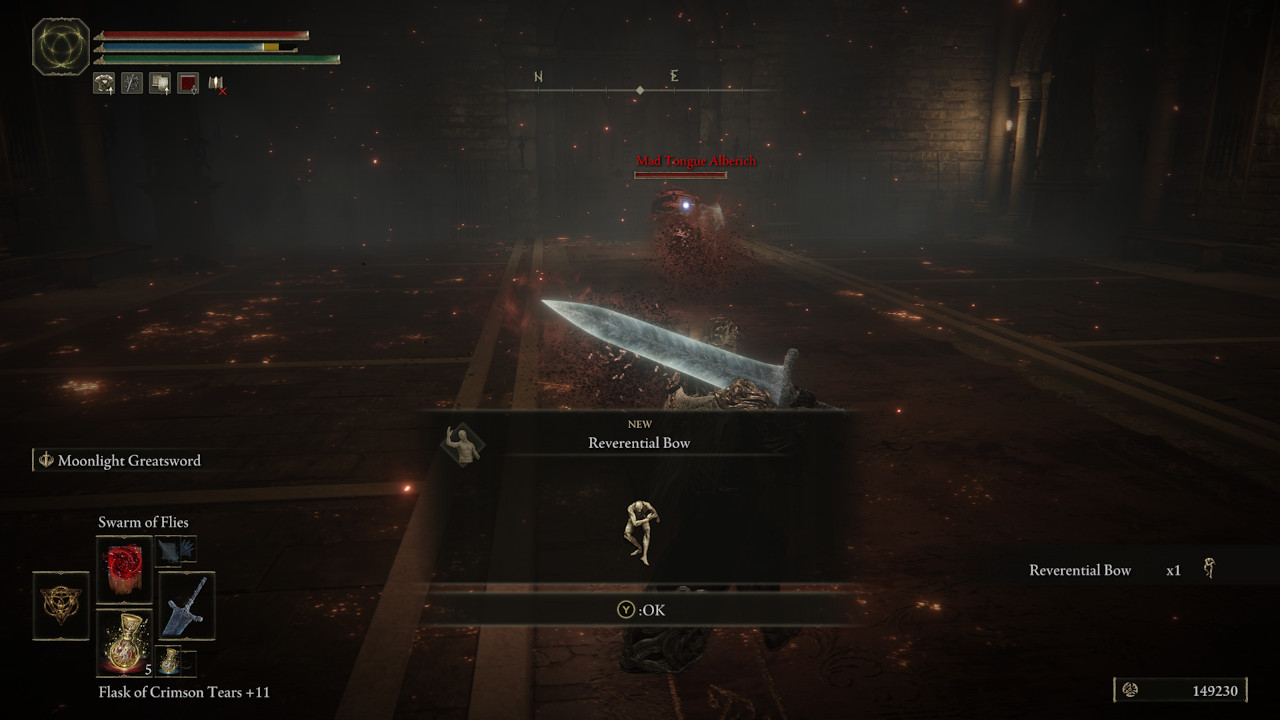 Mad Tongue Alberich begins each encounter with a Reverential Bow gesture, which if you let him finish, you’ll gain for yourself.  But when he spawns each time, he will do this, and is completely open to a critical attack from behind.  He only has 1 Crimson Tears flask to fall back on, so this already cripples his survivability.  His scythe can prove pretty dangerous up close, so if you don’t have attacks or abilities to break his poise like a Storm Stomp or Wild Strikes, double back in between assaults.

Aside from his physical attacks, he has ice and blood-related spells, and will be at his most vulnerable when casting Briars of Sin, due to how long it takes to activate after the animation. You’ll see him lift his staff toward himself, and if you’re close, go for the backstab or retreat quickly.  If you’re a magic user, this is also a prime opportunity to pummel him before he can spam dodge-rolls out of it.  You can easily outlast him even at early levels, but don’t let him build up frostbite on you as this will greatly hinder your ability to play defensively against him.  Freezing Mist can be avoided entirely by staying out of range, while Glintstone Icecrag can be dodged or juked entirely. 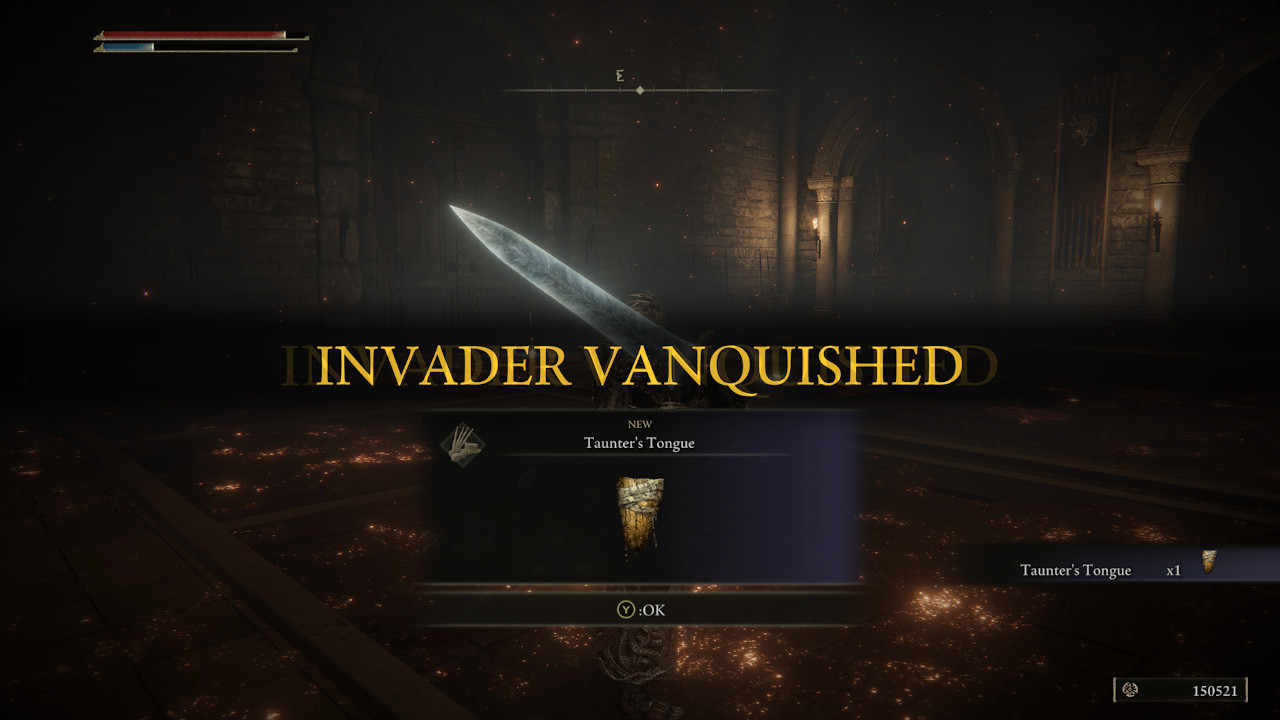 Win this fight and you’ll gain Taunter’s Tongue, as well as some Festering Bloody Fingers and a small amount of runes.  The Tongue item is handy for if you especially enjoy PvP and want quick battles with other players, or even multiple opponents.

This concludes our guide on How to Beat Mad Tongue Alberich in Elden Ring!  Be sure to check out our other guides, and our review!