Madden 21 – How To Beat Zone Coverage

Overcome the most common defenses. 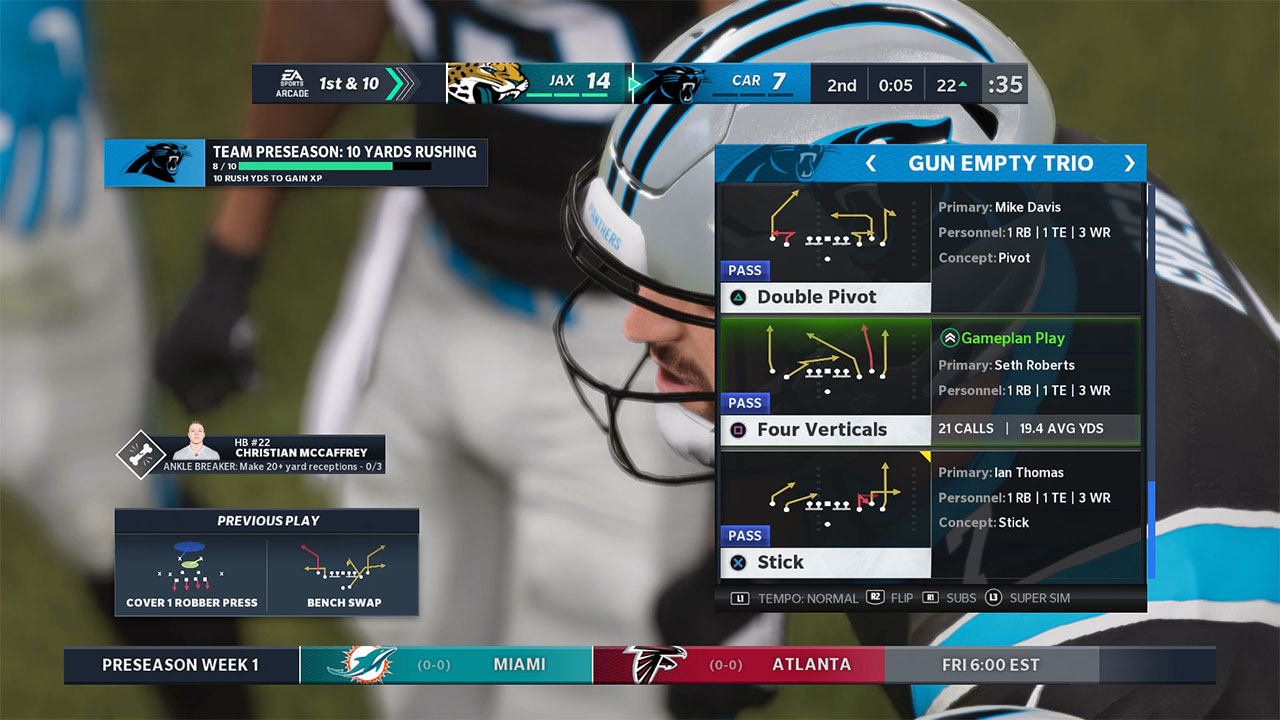 Some people may think that the offensive side of the ball in Madden is a breeze as you just chuck the ball down field and your receivers will catch it. That may be the case against some of the AI opponents, but that will definitely not fly against higher difficulties or other live players. This is where you will have to start being more reactive to opposing defenses by selecting certain types of plays to counter them. There is no guaranteed way to beat zone coverage, but we have some play types to look for that should help you to beat it most of the time.

How To Beat Zone Coverage

While there are many different types of defenses in football, the two general types are man or zone coverage. Man coverage has the defenders matched up one on one with offensive players, while zone coverage has these players defending certain areas of the field with no specific player in mind. There are also plenty of hybrids of the two as well, but the most common is typically zone coverage.

Zone coverage includes defensive sets like Cover 2 and Cover 3, each of which are designed to stop you from being able to pass the ball first and foremost. There are many different kinds of zone out there as well, so there is no one answer for how to beat it.

When it comes to zone coverage, speed at the receiver position is not going to be as important, as you are typically not going to beat them out. Instead, you need to find the right spots to pick out. Streaks are a great way to try and counter this, as it often finds the right spots for you to hit if you’re trying to go more deep and across the middle. Four Verticals can be a good way to stretch the field and defenders to get in between their zone coverage. Another good method is to use formations like Gun Tight Slots where the majority of your wide receivers and running back are on the same side of the field. You want to pick a play where the running back will be running out of the backfield and where one of the receivers will be cutting to the outside, such as Bench Swap as seen above. When you snap the ball, you want to see if a defender runs up to cover your RB. If they do, this means you should be able to find an open receiver that he pulled off of to go after the running back. If they pull back to cover the receiver, this is your chance to dump the ball in the flat to a running back for some solid yardage.

There are plenty of other ways to beat zone coverage, but the ones mentioned above are some of the best. Using things like curl routes can also be useful at times, but you have to be very careful to see where the zones are they are covering so you don’t throw a pick.