Madden 21 – How To Celebrate in the Endzone

Take in the moment. 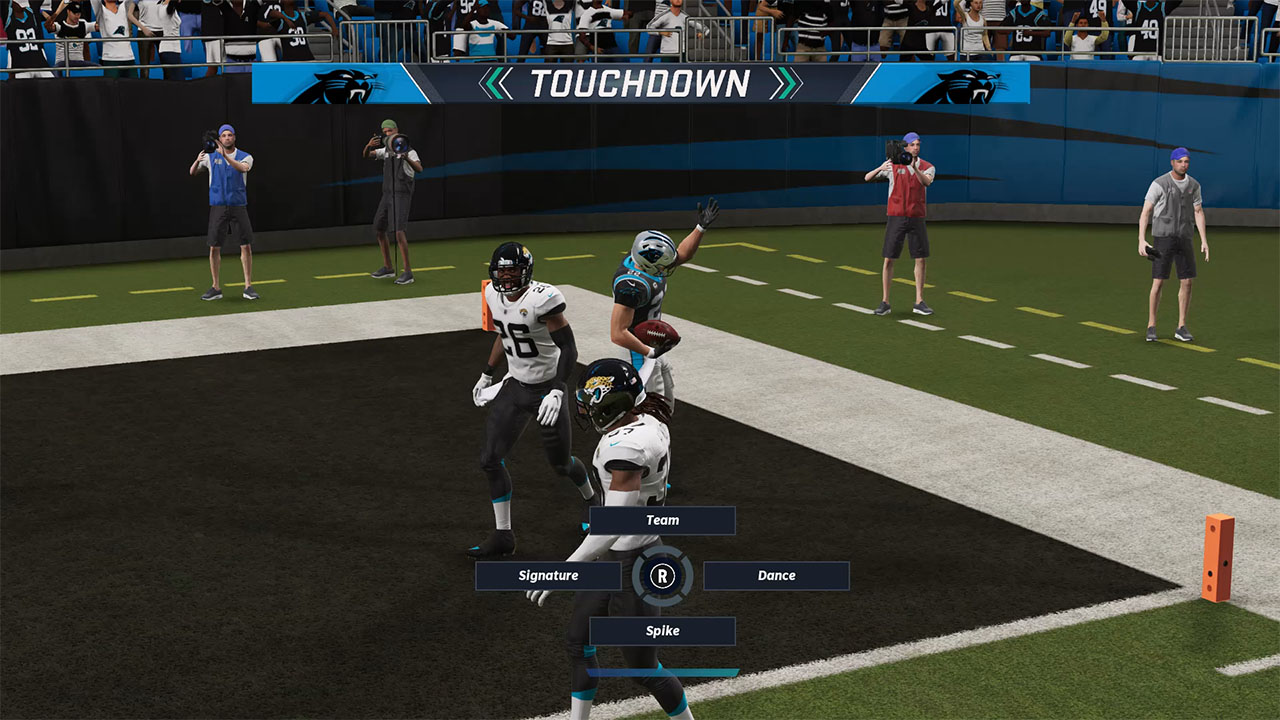 Celebrations have been a controversial subject when it comes to the NFL over the years. In the early 2000’s, The Panthers’ Steve Smith and the Vikings’ Randy Moss were continually one-upping one another with innovative and enjoyable celebrations. However, this is where the No Fun League as some liked to call the NFL at the time stepped in and banned them entirely to where players would get Unsportsmanlike Conduct flags just for doing a simple dance. Thankfully, the NFL later reversed that decision and is now allowing players to do pretty much whatever they want to celebrate. This was of course carried over to Madden and celebrations once again play a big part in Madden 21, especially when you have just scored a touchdown.

How To Celebrate In The Endzone

Celebrations in football allow the players to show some personality while also getting a chance to show off after they have made a big play. This may be when making a huge defensive play or made a clutch first down, but there is no more exciting moment than when you have scored a touchdown.

Touchdowns are the most celebrated part of football and Madden 21 allows you to do it in style with a variety of different celebrations. To do some of these celebrations after scoring a touchdown is very easy, as you simply have to press a corresponding button to what you want them to do.

After scoring a touchdown, keep and eye out on the screen for the options seen in the image above, with four options to choose from at the time. To pick any of the four celebrations offered here, just move the right analog stick in the respective location and your player will do them. These will rotate, so you have to keep an eye out for which one you want and not just hit the same direction everytime.

Home / Game Guides / Madden 21 – How To Celebrate in the Endzone