Find out how to race on old and new favorites with the Mario Kart 8 Deluxe Booster Course Pack! Mario Kart 8 Deluxe is back in and better than ever, with a whole new set of tracks to race. If it’s aiming for nostalgia or bringing mobile favorites to the big screen, the new Booster Course Pack offers a lot of new tracks that everyone can enjoy. 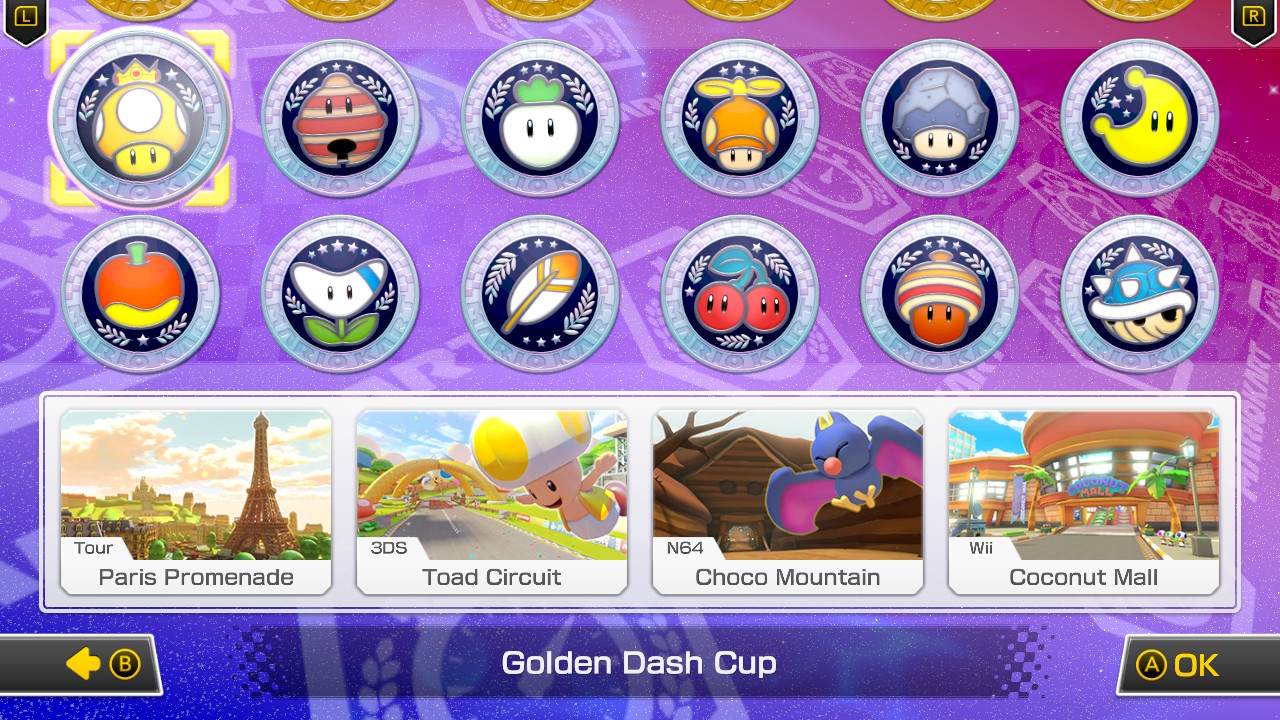 The first thing that you’ll need to do is head to the Nintendo Switch eShop and purchase this new Booster Pack. At first, it looks a little deceiving, because it shows only the first wave for $24.99, but you’ll be getting a total of 48 new tracks for Mario Kart 8 through the end of 2023. While there is a bit of a wait between each of the waves, 48 new tracks for less than half of the price of the original game is a steal.

Once you purchase and download the game to your system, you’ll just need to pick whatever mode that you’d like to play. All of the tracks are available for either Single Player or Multiplayer, so you can enjoy all of these new tracks with friends, or challenge yourself to the fastest time in Time Trial Mode. There are no new battle stages, however, so these are specifically for the main racing segment of the game.

Once you pick your mode, character, and kart, you’ll just need to press the L or R button on the Course Select Screen, and you’ll be able to select one of the 8 new tracks included in Wave 1. These tracks include:

Whether going for a nostalgic romp around Coconut Mall or trying out the high-flying action of Ninja Hideout, there are plenty of thrills to be had with this new DLC for Mario Kart 8. There haven’t been any announcements of new characters or karts included with this Booster Course pack yet, but there could be the possibility of new characters added in as the Waves drop, but these new courses add tons of content to an already amazing game.

Mario Kart 8 Deluxe is out now exclusively for the Nintendo Switch. The Booster Course Pass is available now and will deliver new, remastered courses into 2023.