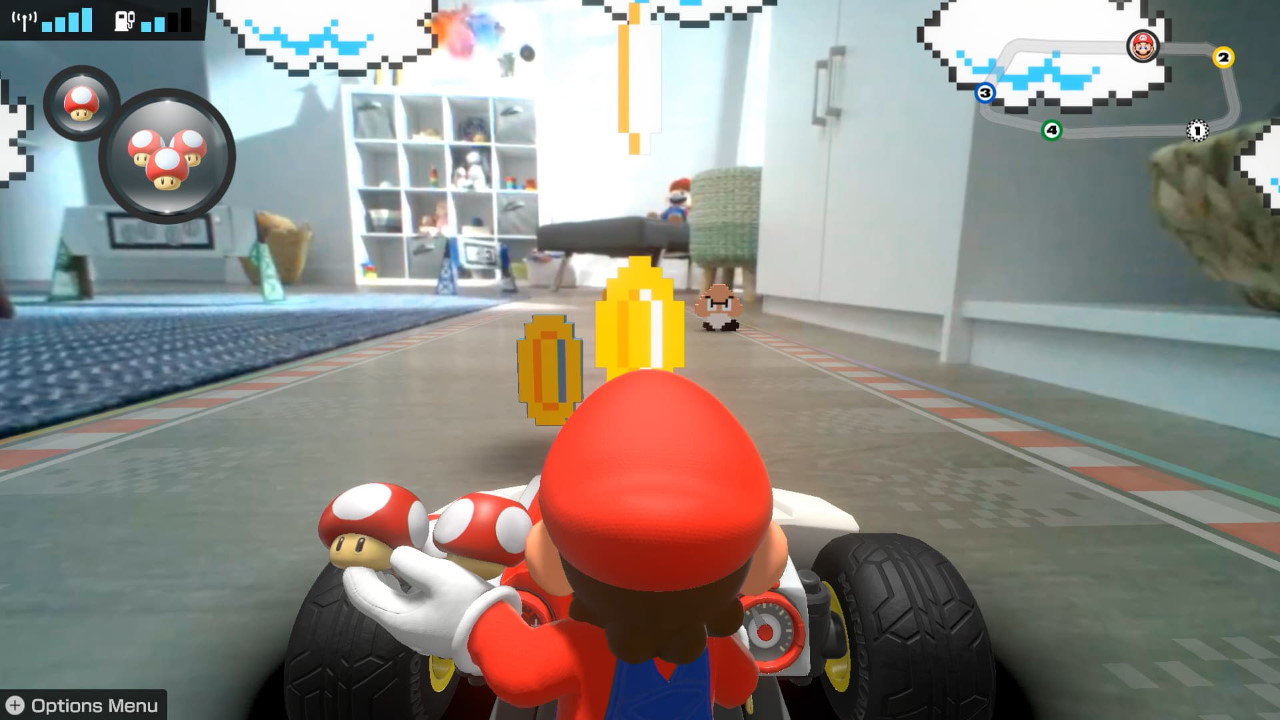 Update 1.1.0 has arrived for Mario Kart Live: Home Circuit and here’s the full list of changes and fixes added with this patch.

Even though Mario Kart Live: Home Circuit came out for the Nintendo Switch last October, Nintendo is kindly still adding new content to the game many months later.

Today’s update for the game is quite significant because it adds a new Mario Cup included to the Grand Prix mode of the game. You also get to receive some new kart designs to go along with it as well.

Other than new content, the update has also made some general changes to improve the gameplay experience. You can read the full patch notes posted down below.

If anymore patch notes are revealed, we’ll be sure to update this post. Mario Kart Live: Home Circuit is out now exclusively for the Nintendo Switch console.