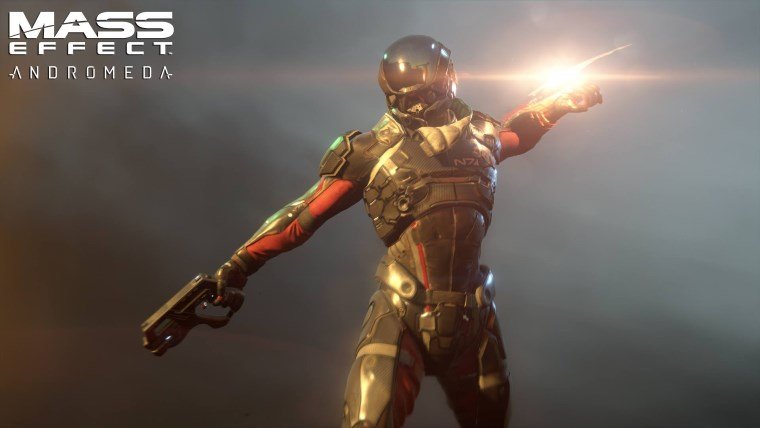 Mass Effect: Andromeda is a huge game with tons of planets and other locations to explore. It adds new races, new locations, and new gameplay elements to the series. With all of this new stuff it’s surprising how many of the old mechanics are tough to figure out. The game gives you some tutorial prompts, but they’re easy to miss, so aside from a larger beginner’s guide for the game, we wanted to make some small guides to help with the stuff that can get confusing if you’re not paying close enough attention. Here’s how to melee in Mass Effect: Andromeda.

To melee in Mass Effect: Andromeda simply press the Y or Triangle button. On PC you can press the F key to do the same. This seems super simple, and there’ are a couple of ways to figure it out in the game. The tutorial prompt for this appeared well after it was necessary in my play through of Mass Effect: Andromeda, so I wanted to pass the info along in case some players were equally confused and went to the internet to find the answer.

Meleeing in Mass Effect: Andromeda is very useful and it’s important that you know how and when to use it most effectively. Many enemies will charge at the player, dealing damage while avoiding gunfire. Hitting them with a melee attack is usually the best response, but it will often take a couple to take down enemies, unless you level up some key abilities. Make sure you watch their health bar whenever you melee to determine if a followup attack is necessary. You can then hit Y/Triangle/F again, possibly a couple of times, or back off and fire a few shots at them.

Mass Effect: Andromeda has a lot of combat techniques to figure out, and how to melee is just one of the first. For more on the game check back for other guides or sift through our beginner’s guide linked above.