Mass Effect Legendary Edition – How to Get Out of Mako

Get out and back into the Mako in Mass Effect 1 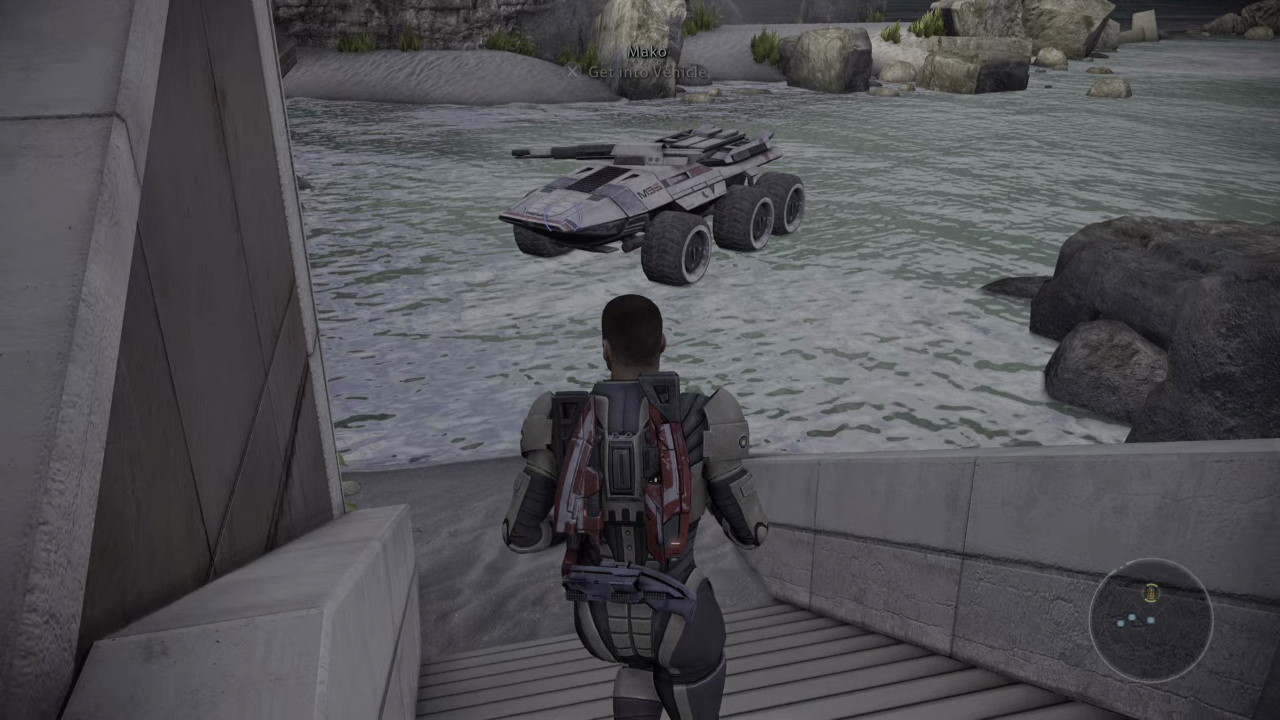 The Mako may have been most fans’ most hated part of the original game, but it makes a triumphant return in Mass Effect Legendary Edition. Modified and enhanced to be less cumbersome, driving this futuristic vehicle is certainly a better experience than before. But some of the old issues still linger, and the game doesn’t quite show you all that you need to know to handle it well. To explain one of the smaller, but more important parts of using it, here’s how to get out of the Mako in Mass Effect Legendary Edition.

Many times in Mass Effect, as part of the new Legendary Edition release, you’ll simply be dropped on a planet inside of the Mako. This all-terrain vehicle will get you where you need to go, mowing down Geth and other enemies with ease as you get there. But what do you do when you arrive and a cutscene doesn’t pop you right in front of your new goal? And what do you do if you spot something interesting on the way and want to check it out. Far from a rare occurrence, there are entire missions made up of stopping and starting journeys in the Mako.

The secret is simple. With a quick press of Circle on PS4/PS5 or B on Xbox One and Xbox Series X/S you’ll jump right out of the driver’s seat and onto the planet’s surface. When you want to get back in you can just walk up to the Mako and press X for PlayStation and A for Xbox to get back in and get on your way.

The Mako was the source of endless frustration when Mass Effect first debuted, and small stuff like this was a big part of it. However, the controls were the most impactful and thankfully they have been fixed quite a bit. Now that you know how to get out of the Mako in Mass Effect Legendary Edition you can give it a shot.