Mass Effect Legendary Edition: How to Save Kaidan and Ashley

Can you save both of them? 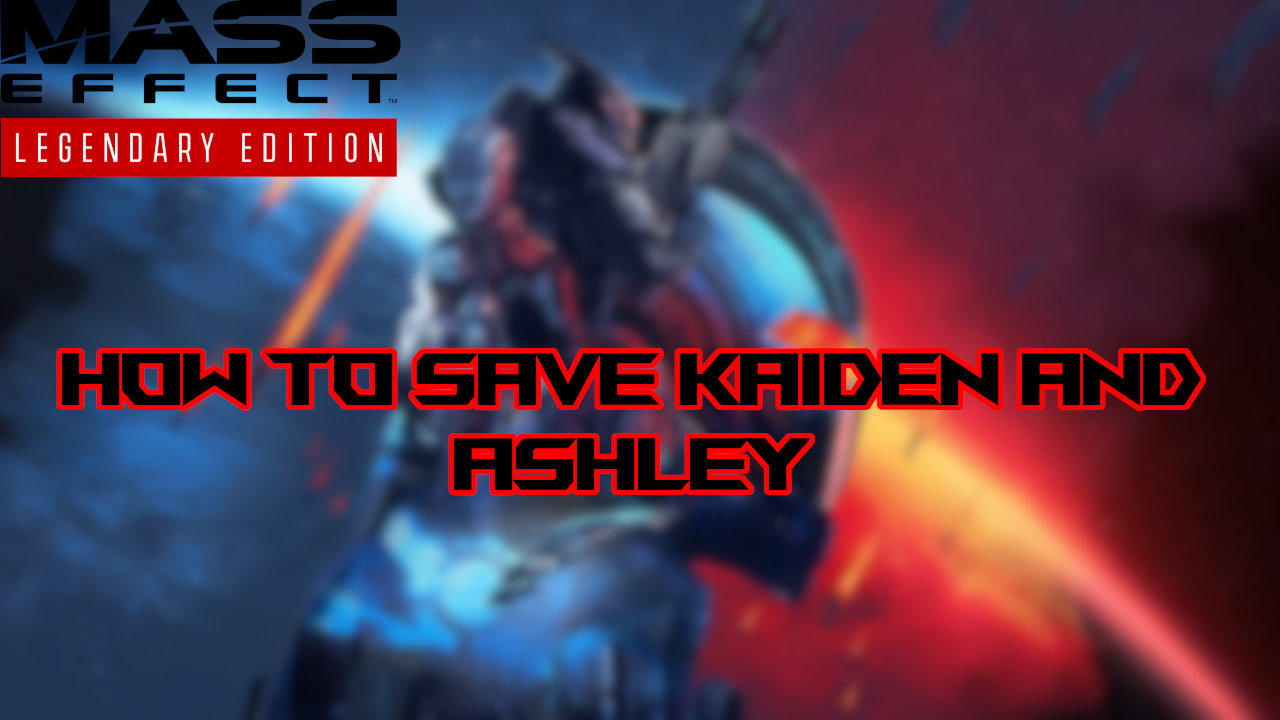 You have a lot of important choices to make in Mass Effect Legendary Edition, and saving Ashley and Kaidan in Mass Effect 1 will soon become one you will scratch your head about a lot. Not because it is that complicated to do so, but because in reality, you can only save one of them, unfortunately. There isn’t any option to keep both of them alive, although this was the original intent of Bioware as they included a third option of being able to do so, but it was scrapped in the process of finalizing the game. That said, the point where you will have to choose one of them is inevitable, so if you are interested in finding out more about this, take a look below.

How to save Kaidan or Ashley in Mass Effect Legendary Edition

The Virmire sequence is a very important point in the whole franchise, since you can end up losing a lot of allies as you progress through the story there. That’s also where you need to decide if you want to keep Ashley alive, or Kaidan.

The first part of your mission there will put you to choose between the two, who will accompany Captain Kirrahe and who will go to the ‘bomb’ run with you. While this choice seems like building up the events following after, it is not really. Feel free to choose any of the two, as it barely matters to both the story and the final decision itself.

Another seemingly important choice will be when you are actually planting the bomb (we avoid mentioning more details about the story to keep it as spoiler-free as possible). You are doing this with one of the two squad mates, Kaidan or Ashley, and the one that is not with you will call you in order to request your help for something. You will leave the person there alone, as they will mention that they will catch up with you later. Again, this also looks like something is going to happen, but it won’t. You will have more time with them and you will be able to reform your party later, as the actual final decision is still coming up.

A few instances later, at this point forward, you will have the grim fate of literally selecting who to choose from the two major characters, as they will both be in a dire situation. The one you pick, will remain in your team and you will journey together past that point. The one left however without your help, will perish and you will say your goodbyes for the rest of series, leaving permanently your squad for all three games.

Who to choose, Kaidan or Ashley?

In regards to the story, none of the two characters affect any events or plot points. The difference between the two is just who you like the most, and of course, their combat abilities. Kaidan is a Biotics class while Ashley is a normal Soldier. It all depends what you would like your setup to be, although Kaidan with his Biotics seem like a better choice in regards to practical uses. On the other hand, Ashley is way easier to increase your bond with, since she is much more easy-going and can get along with you really well. Additionally, both of the two can be romanced in Mass Effect 3, so you are not locked out of this if it is what you are looking for.

As such, the choice of who to save and who to let perish depends solely on who you actually prefer to follow you through the rest of the story. It is unfortunate we can’t save both of them, since their personalities are equally nice and they would offer much to the crew, if the whole gang was able to traverse the galaxy together.

Home / Game Guides / Mass Effect Legendary Edition: How to Save Kaidan and Ashley