Miitopia: How to Speed Up Text and Battles

Here is how to make things go faster 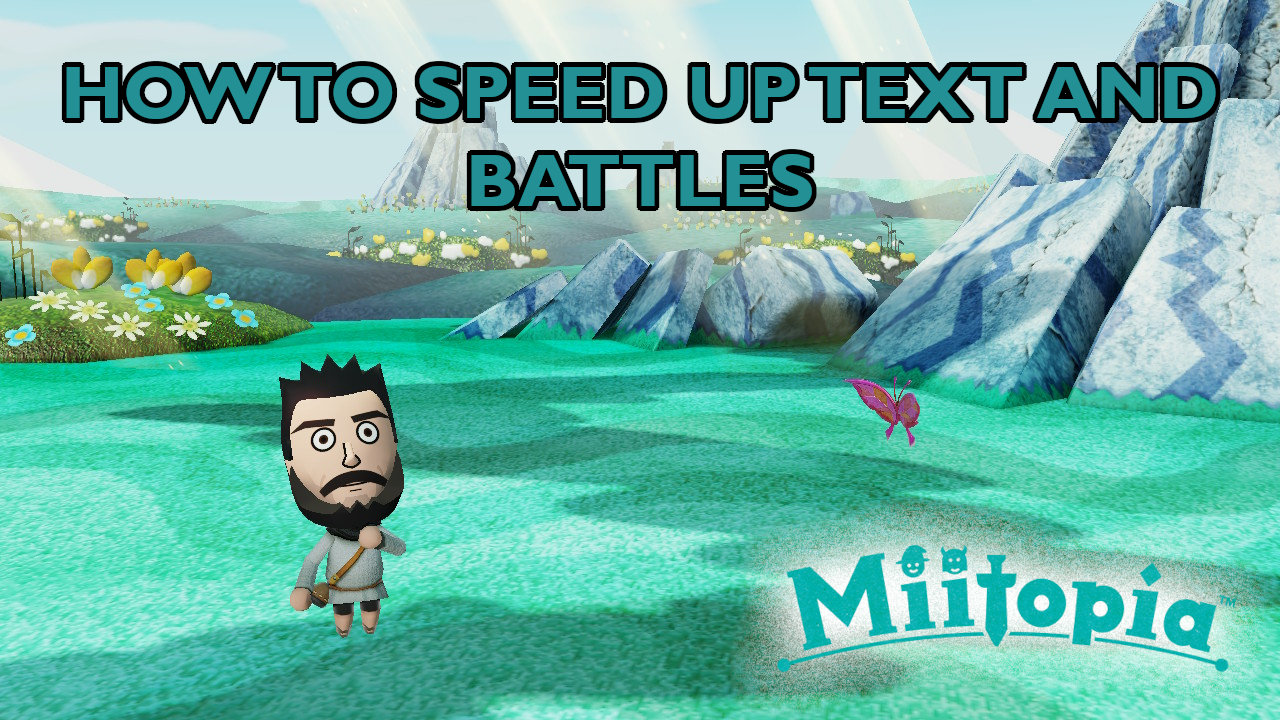 Miitopia is kind of a slow RPG, or that’s what you’d think if the option to speed up pretty much everything in the game wasn’t available from the get-go. From the moment you jump into the game, you will notice that there is both quite a lot of text and unskippable sequences as you progress through its story. Let me you tell you that if Miitopia kept this pace for its entirety, I would even consider the game as unplayable considering today’s standards. However, you can actually not only speed up the dialogues of any interaction you have, but also battles, animations, even ‘cutscenes’. Check below to see how to do this and blast your way through this unique and fascinating role-playing game.

How to speed up everything in Miitopia

Characters in Miitopia tend to speak a lot. From NPCs to enemies, there is a lot you need to read through to keep up with the story and events that unfold during your journey. Battles are also quite slow, with a lot of text taking place there as well. This is due to the multitude of different factors that can affect a battle’s outcome, since your party members speak a lot with each other as you fight. Lots of abilities and skills are triggered from various actions, based on your characters’ bonds, so your Mii’s are quite chatty in order to mention what they are going to do afterwards, in conjunction to their respective teammates. In general, expect a lot of dialogue and text in Miitopia.

With that said, the solution is simple. In fact, it is so simple it’s kind of mind-blowing. All you have to do to speed up through every single instance of the game, is to keep any of these three buttons pressed, at all times. B, ZL or ZR. By pressing any of these, the game will automatically speed up everything you see at your screen. Battle animation, character motions, text, you name it. Even when your characters are moving from one path to another, this sequence is also sped up, resulting to far less waiting to jump from one area to another, or from one battle to another.

There is no drawback to keep any of the three mentioned buttons pressed, as your in-game experience will be much better if you don’t have to wait that long for everything to conclude. Especially in battles, where dialogue is being repeated due to same skills being activated, it would be a huge pain to sit through the same lines each time. I personally seem to prefer ZL as my go-to button for everything, since it frees my main hand to select anything I may need, in a battle or in the menu. Any of the three will do though, so pick the one you prefer and put some glue on it, as you will be constantly pressing it.

Home / Game Guides / Miitopia: How to Speed Up Text and Battles