Minecraft: Where to Find Mountain Goats 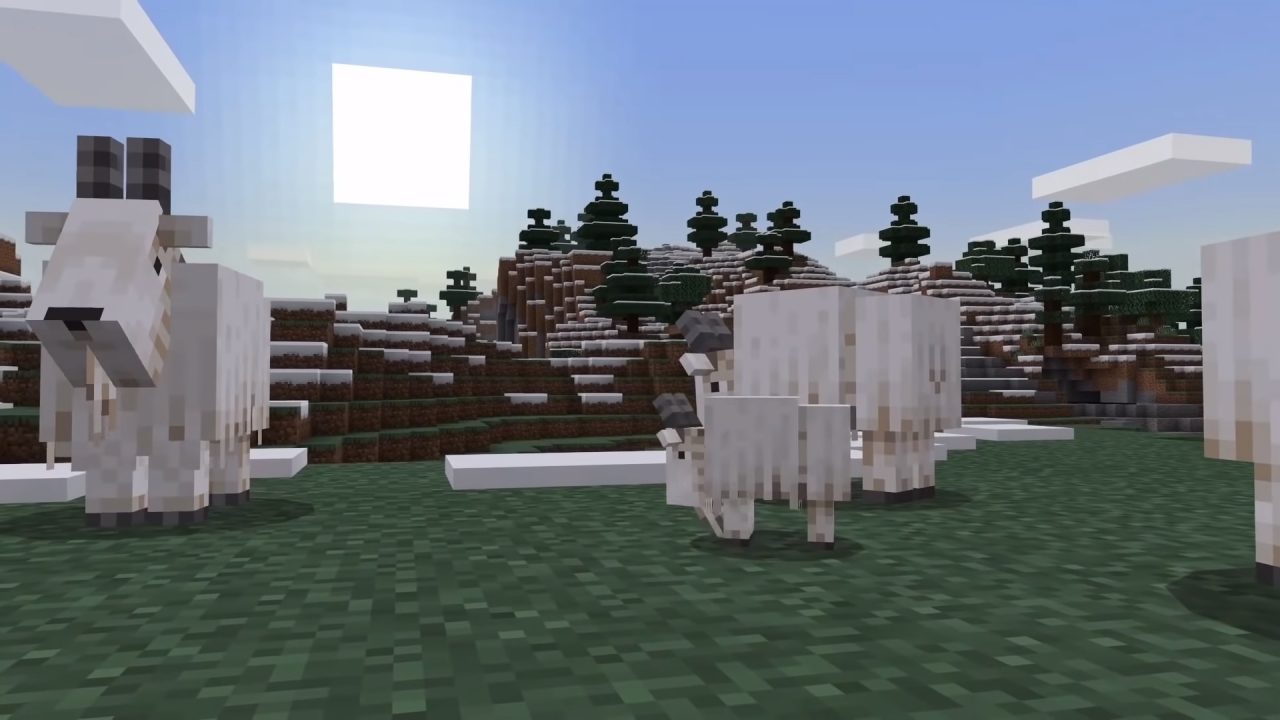 Where to Find Mountain Goats

To put it simply, Mountain Goats spawn in the mountains. Like other more passive mobs, they spawn in higher light levels, and in their case specifically, it can be anywhere in the mountains biome that is not an opaque block. Once found, they can sometimes be a bit difficult to actually get to. This is because they can jump over ten blocks at once, and have a habit of ramming anything that gets close to them. But even so, they can still have leads attached to them like other mobs and can then be led elsewhere for whatever purpose you so desire, and can even be bred with wheat.

What Can Mountain Goats Be Used For?

Mountain Goats have a few uses, one of which is currently exclusive to the Bedrock version of Minecraft. Consistent across both versions, however, is that a bucket can be used on them in order to gain some milk. This makes them akin to a far more violent variant of cows, that can potentially kill you. In the Bedrock version of the game specifically, they can drop their horns after ramming into solid blocks. These horns can then be used by the player to make a horn noise similar to that heard during raids. Their ramming ability also has a lot of technical uses for those who can find creative ways to use it. The devs themselves have even said that one possible use of it is that their ram can be used as a makeshift launchpad for Elytra.