Modern Warfare – How to Prestige

Not quite what it used to be. 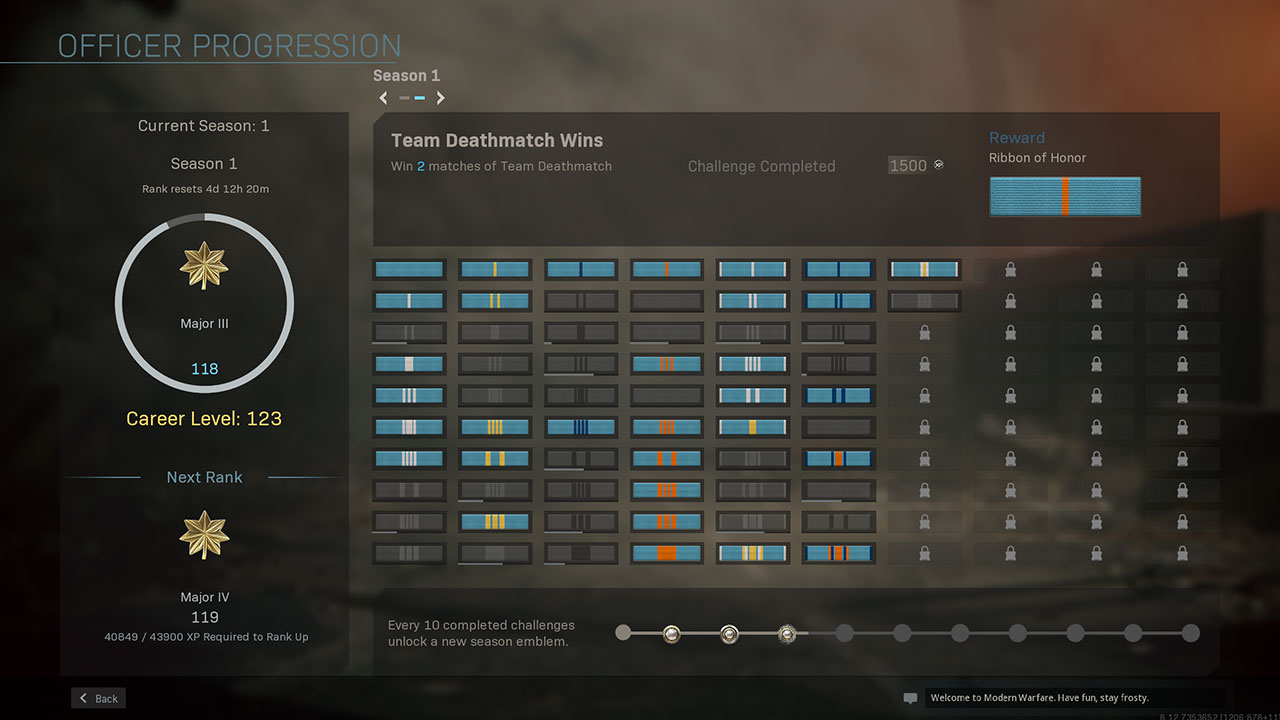 Once you’ve completed all of the standard levels in Modern Warfare you may be looking for the way to prestige.  Unlike other Call of Duty games, Modern Warfare does not have a traditional prestige mode that allows you to restart your way through the ranks and give you a new emblem.

Instead, Modern Warfare has been changed to handle prestige much differently.  In fact, their not even calling things Prestige this time around.   Players can simply tackle a series of challenges that will coincide with Officer Ranks that give them a new Seasonal Emblem instead of the traditional prestige emblems.

So how does the new Prestige System work in Modern Warfare?

Once you’ve made your way through ranks 55 you can tackle the Officer Progression System.  These levels are from 56 – 155 and will give you a number of different challenges to take-on once you’ve made it through the initial 55 levels.  While it’s not quite the old Prestige system from Call of Duty, it is similar and incorporates challenges instead of straight play time.

Unlike the old Prestige System which selects your emblem for you, the emblems that you unlock by completing the Officer Challenges will be sent to your Emblems locker in the Customization Menu of the Identity Menu of the Barracks area.  In the Emblems locker you can select these emblems that you unlock and display them next to your calling card and clan tag.

While the new system isn’t quite as straight forward as Prestige was, there are still plenty of emblems to unlock that are only available to those who complete the Officer challenges in each season of the game.