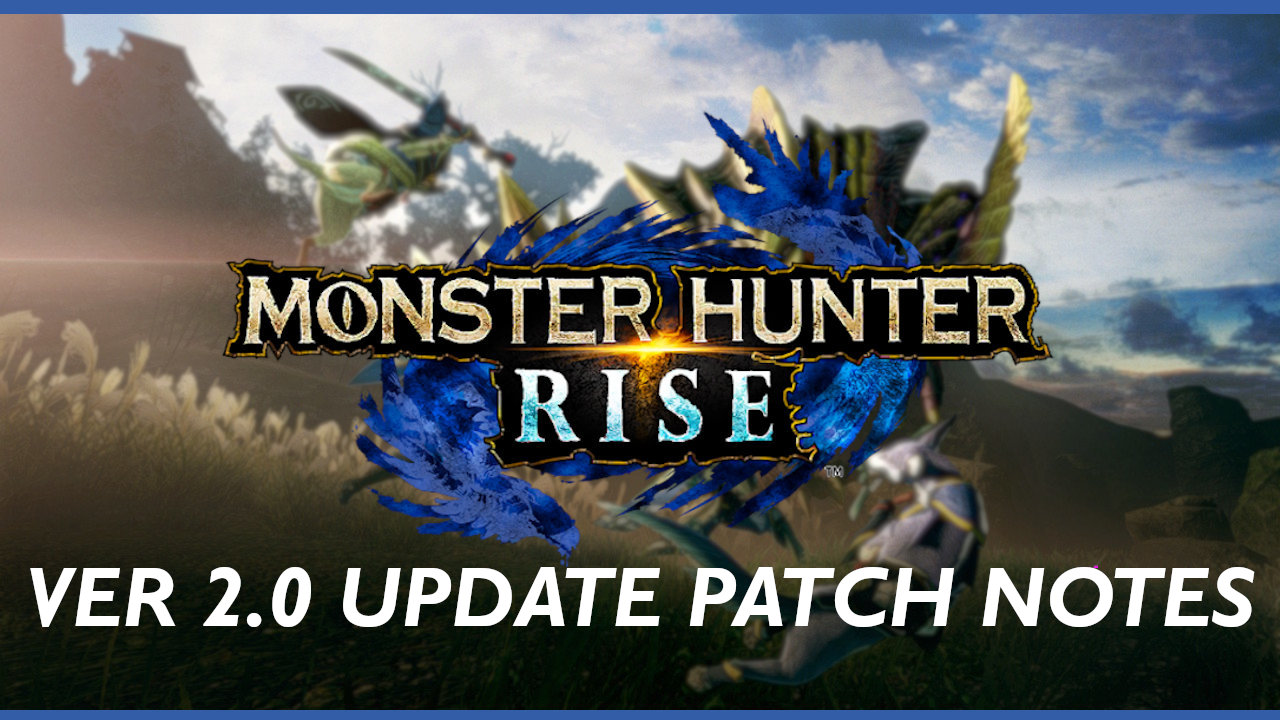 Update 2.0 has arrived for Monster Hunter Rise, and here’s the full list of changes and fixes added with this patch.

Capcom finally revealed everything that’s coming to Monster Hunter Rise in the 2.0 update, and it includes new monsters, an unlocked HR cap, new weapons and armor to be crafted and a whole lot more that was showcased in their Digital Event showcase video, found right here.

While Monster Hunter Stories 2: Wings of Ruin had a good amount of screen time, the 2.0 update was clearly the highlight of the show, and to everyone’s surprise it was announced that it is going to be available tomorrow, April 28. A lot of monsters are joining the Rampage pool and new Arena stages are going to be added as well. Apex versions of various monsters are also going to be introduced, like Apex Rathalos and Apex Diablos, and the already big roster of Monster Hunter Rise will join some familiar faces. Kushala Daora and Teostra, two popular Elder Dragons that were also present in Monster Hunter: World are coming back, alongside Chameleos, an Elder Dragon that was teased a while ago for Monster Hunter Rise.

Together with these exciting additions, new Layered Armor is also something you can wait for, and in fact, after unlocking your HR cap you will be able to even craft it. A feature that was heavily requested by the Monster Hunter community, will be indeed available in version 2.0. All these and more are coming tomorrow in the game after you update it to the latest version, so make sure to read the full patch notes list right below to see everything in detail.

About 0.9GB (only this update)

Update 2.0 of Monster Hunter Rise is releasing tomorrow at 12 a.m. UTC. The 3.0 update was already teased in the Digital Event video, with its release date to be somewhere around the end of May. Stay tuned for more info, coming later on.