Monster Hunter Rise: How to Get Mizutsune Plate

Time for a bubble bath, or twelve. 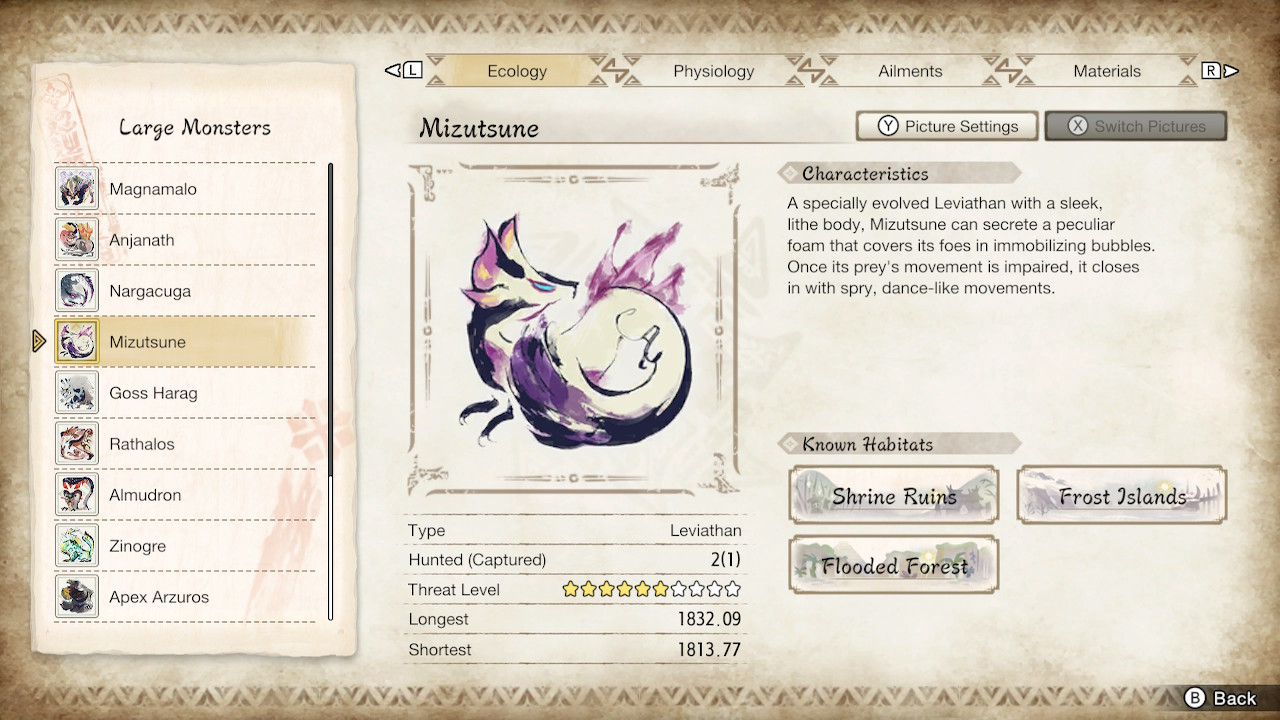 Every hunter will want a Mizutsune Plate at some point in Monster Hunter Rise, yet plates are some of the rarest drops in the game. You’ll need to hunt Mizutsune quite a few times if you plan to grab one (unless you absolutely luck out). That said, you’ll want to reach High Rank hunts if you want to increase your odds.

Mizutsune Plate is used in a handful of crafting recipes, to include the Mizutsune armor set and weapons. This is a highly desirable item to obtain, but its drop-rate isn’t exactly the greatest. You can technically try and farm Mizutsune Plate in Low Rank hunts, but your best odds are from High Rank hunts.

You’ll need to reach 4-star Hub quest hunts to unlock High Rank, which is accessible around the same time as the Low Rank Mizutsune fight. So, while you can go out of your way to obtain these from Low Rank, you’re better off waiting until you start farming High Rank hunts if you plan to be efficient. Yes, the Low Rank Mizutsune gear can help you enter High Rank more easily, but there are easier to farm armor sets that will work just as well (Somnacanth comes to mind).

That all said, if you want to farm Mizutsune Plate in Monster Hunter Rise you will want to, well, hunt Mizutsune. That much is a given, but what about the drop-rates? High Rank has the best drops rates, but they’re still not fantastic. To summarize: prioritize High Rank hunts, break parts off of Mizutsune, and the drop-rate is the same between capturing and carving.

As you can see, Mizutsune Plate is rare, even in High Rank. Don’t be surprised if it takes you multiple hunts to grab just one. But, that’s kind of the point of Monster Hunter Rise, now isn’t it? Get to hunting, and don’t forget to break Mizutsune’s parts to increase your odds!