Hide behind your sturdy shield and stab, stab, stab. Lance in Monster Hunter Rise may seem at first glance as a simple weapon, but it is far from it. While its core playstyle is indeed nothing fancy or ground braking, in order to be able to master the art of the Lance you need to put some effort to it. Have a good knowledge of Monster attack patterns, make sure to keep correct placement in the field and good reflexes to use your sturdy shield when needed. All this and more is going to be looked upon in this Lance guide, alongside its new Silkbind attacks.

The Lance’s moveset consists of consecutive thrusts and consistent use of the shield and its Guard mechanics. The specific weapon is a slow one in terms of mobility or overall gameplay, but can be the safest all around in comparison to the other 13 weapons in the game. It is true that it is not a tool for everyone out there, as it lacks the ‘wow’ factor, resulting to seemingly simple, yet efficient attack animations.

That said, don’t think of the Lance in Monster Hunter Rise as an underwhelming weapon. It is actually very strong, and due to how simple it is to learn and use, it can be the best friend of anyone who decides to give it a try. All you have to do, it to get close enough to a monster, target its weak points and start stabbing with the various thrusts your arsenal is full of. The Lance has the luxury of being able to target both low and high parts of a monster’s body, and it is a must to utilize such feature. Keep your head behind the shield, and poke an enemy to death.

Being able to target very specific spots on a monster, leads to damage easily breakable parts of one’s structure, including the hard to reach tails and heads in some instances. In case you see a big attack incoming while doing so, your shield is there to protect you right away. It is advised to not ignore this weapon’s defensive mechanisms, since it has the best shield in the game, making you almost impervious to some of the game’s strongest attacks. There are also some counter abilities throwed in the Lance’s kit, making it an even harder weapon to penetrate.

In Monster Hunter Rise, the new Wirebug and Silkbind attacks deal with the Lance’s mobility issues, making it way more versatile than its versions in the past, from older entries in the series. It is literally in the best spot it ever was, making it highly enjoyable, even if it is simple to use. Keep pressuring opponents with a flurry of stabs, Guard whenever is needed, aim for weak spots and monsters will be taken out way faster than you would imagine.

Additionally, let me note that the Lance’s High-Thrust hits harder than its Mid-Thrust, even being the same attack, therefore using it in combos where it’s not really needed, can actually be more efficient than its mid variant. You will just have some slight problem to target it correctly in the beginning, but nothing that can’t be perfected with a little practice first. 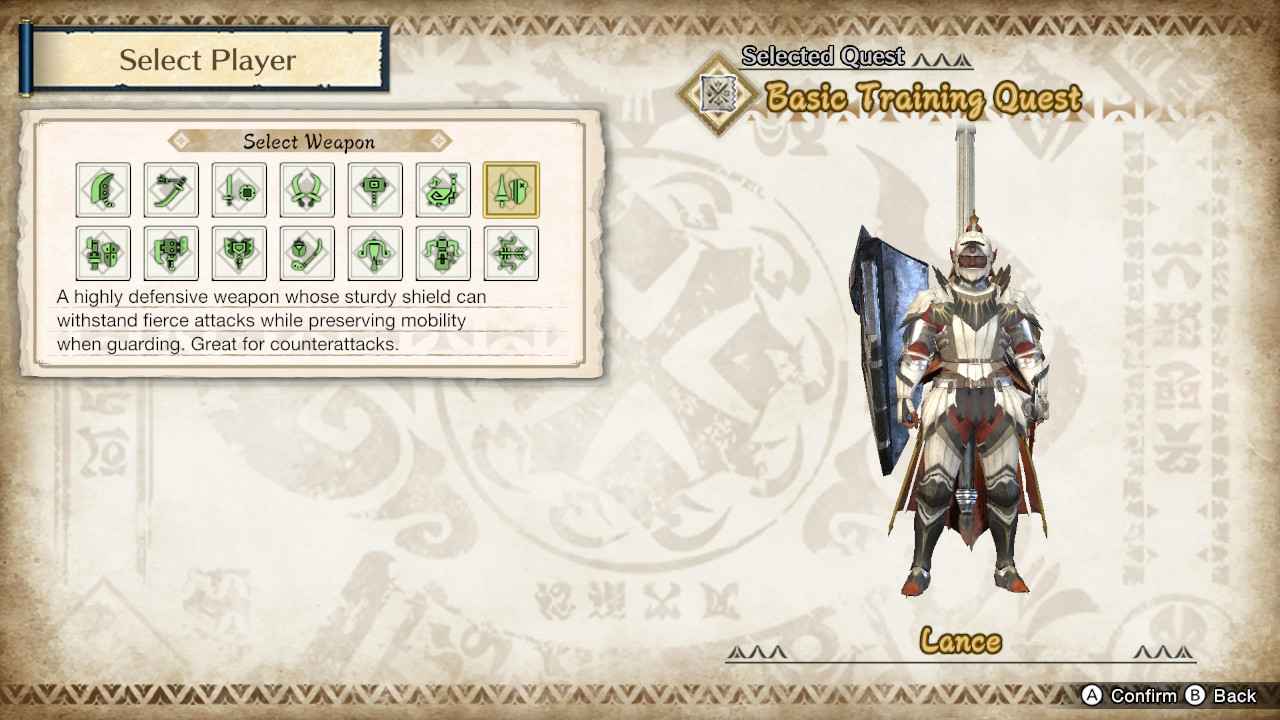