Monster Hunter Stories 2 – How to Get Khezu 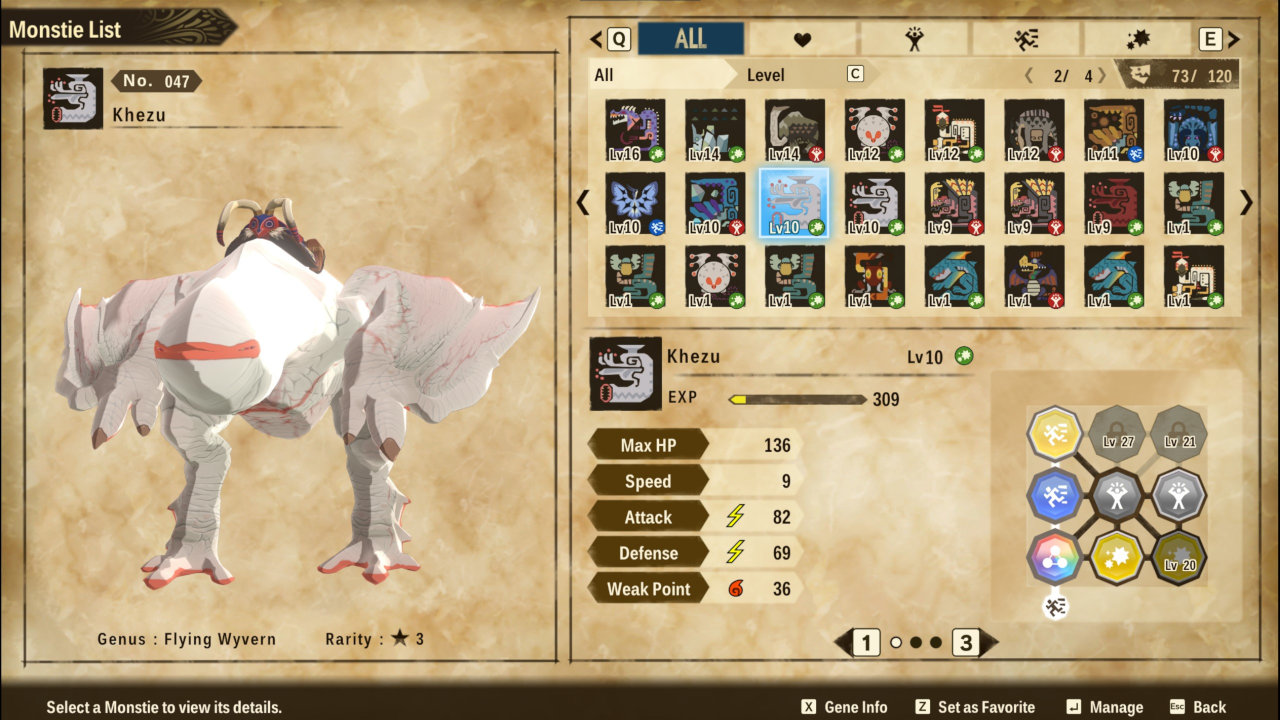 Monster Hunter Stories 2: Wings of Ruin brings back a literally horrifying beast, the disturbing Khezu. Although its creepiness is to a lesser degree due to the chibi-like graphics of the game, Khezu still remains something out of a horror movie, albeit a little bit funny-looking this time around. In any case, the thunder-inducing Monster is ready for you to ride it, as odd as this may sound, so let’s get straight to it.

How to get Khezu in Monster Hunter Stories 2: Wings of Ruin

You will start encountering Khezu after visiting the third region of the game, Loloska. However, that would be only after you defeat it in a specific boss fight, which takes places after you progress the story a little in that region. After you beat it, Khezu is available in pretty much every area of that same region, and is actually a very common Monster in both the overworld and Monster Dens.

What you want to do, is simply to run around the snowy paths of Loloska and either search each Monster Den you find for a chance of grabbing its egg from the nest room, or fight it anytime you bump into it during your stroll. While at first an annoying beast to battle due to its electrifying attacks, so expect lots of Paralysis techniques, after you monitor its attack patterns is not an actually hard Monster to beat. Make sure to throw a Paintball each time, as it significantly increases the chances of it retreating back to its den and break the parts needed for increasing that retreat rate even further.

Khezu has a lot of interesting Genes to its kit and you can either take advantage of them to raise a powerful ally, or use them for other Monsters of your party and make those stronger. Not to mention its cousin, the Red Khezu variant is also as strong as this Monster, if not stronger, with different Genes that can further expand a Thunder Monster’s arsenal. Feel free to play around with both of them and create any unique blend you can think of.

Home / Game Guides / Monster Hunter Stories 2 – How to Get Khezu