Monster Hunter Stories 2 – How to Get S Rank in Battles

Perfect your hunts by getting an S Rank each time. 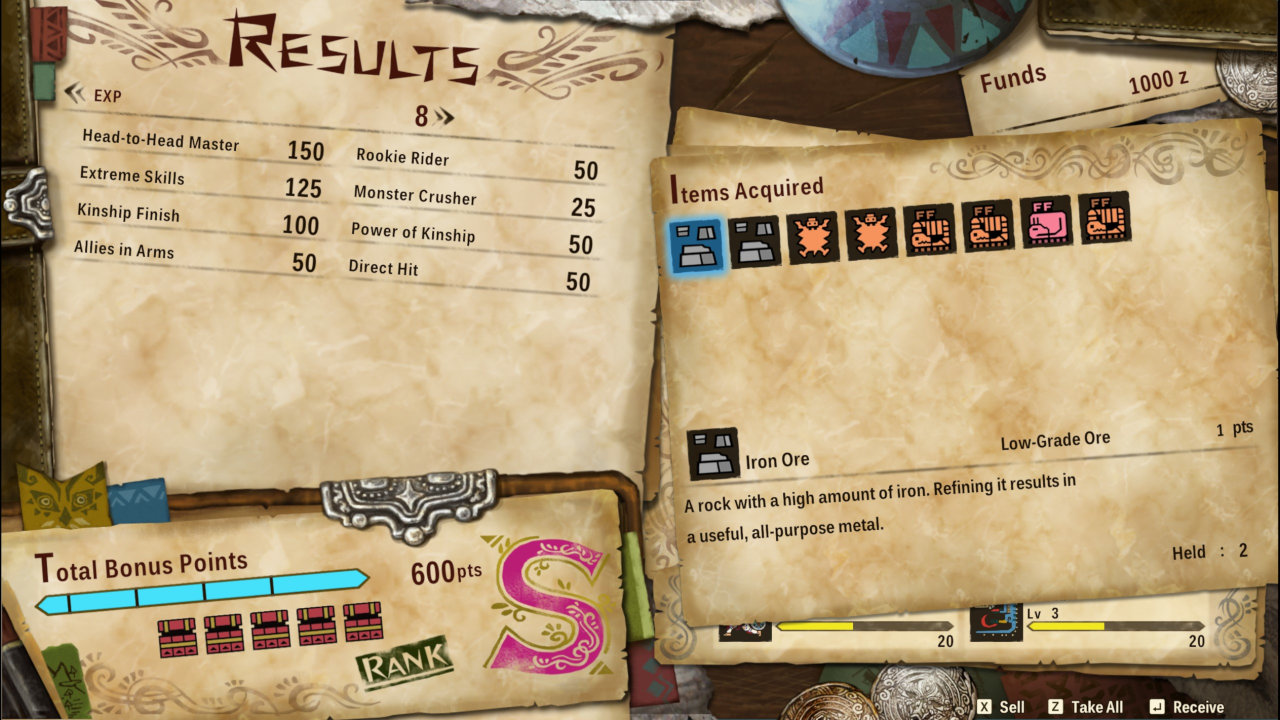 Every time you fight in Monster Hunter Stories 2: Wings of Ruin, your main goal is to finish that battle with an S Rank. Getting an S Rank may be a little tricky early on, but rest assured that after you spend some time in the exciting world of Monster Hunter Stories 2, you will see that fabled S Rank all the time. Below we have all the details needed to help you achieve that target.

How to get an S Rank from each battle in Monster Hunter Stories 2: Wings of Ruin

First things first, what does a certain Rank do after each fight? It is simple, the better the rank, the more and rarer the items you get are. Either those being Monster materials or generic materials that can also be dropped from enemies. S Rank is the highest you can get in a fight, for which you need to accumulate 500 points to do so. Anything less will reward you with a lower rank, and anything higher will still be counted as an S Rank.

With that in mind, how do you actually increase that Rank? This is simple as well, to a certain extent. Pretty much every action you take in a battle, earns you some points. Winning a Head-to-Head, breaking Monster parts, anything. The points you get though are varied, depending on how crucial or hard that action is, and what the result of it is as well. Additionally, the faster you defeat a Monster, the more points you get too.

As such, everything you do in a fight should be calculated. Yes, you can spam random attacks or abilities and the fight will eventually end, but most likely will result to an A or even worse Rank than that. As there is a plethora of factors that give you points, we can’t mention all of them here, but what we mentioned above and the following points should be your main priorities:

Lastly, Quick Finish is the best way to get an S Rank, however the option is unlocked only if you are way overleveld compared to the enemy in front of you. It automatically earns you an S Rank, in an instant, but since it has a pre-requisite we can’t mention it as a valid way to achieve your goal.