Monster Hunter World: Iceborne Guide – How To Befriend The Boaboa

Everything you need to know about befriending the Boaboa in Monster Hunter World: Iceborne.

Every region in Monster Hunter: World has its own group of Grimalkyne to befriend, and Iceborne’s Hoarfrost Reach is no different with its own set of wild felines: The Boaboa.

Who Are The Boaboa?

As mentioned before, the Boaboa are a tribe of Grimalkyne that are native to the Hoarfrost Reach. Like the Troopers and Gajalaka of Coral Highland and Elder’s Recess, respectively, the Boaboa are initially hostile, so you’ll want to befriend them if you hope to make your hunts in the region as smooth as possible.

How Do I Befriend Them?

Befriending the Boaboa is a three step process that starts soon after you start Iceborne’s content. You’ll be told the locals in the region only respect those who can prove themselves in a hunt. Fortunately, they think you fit the ticket so why not prove yourself and forge some diplomatic ties?

Step 1: Hunt Any Large Monster In The During An Expedition 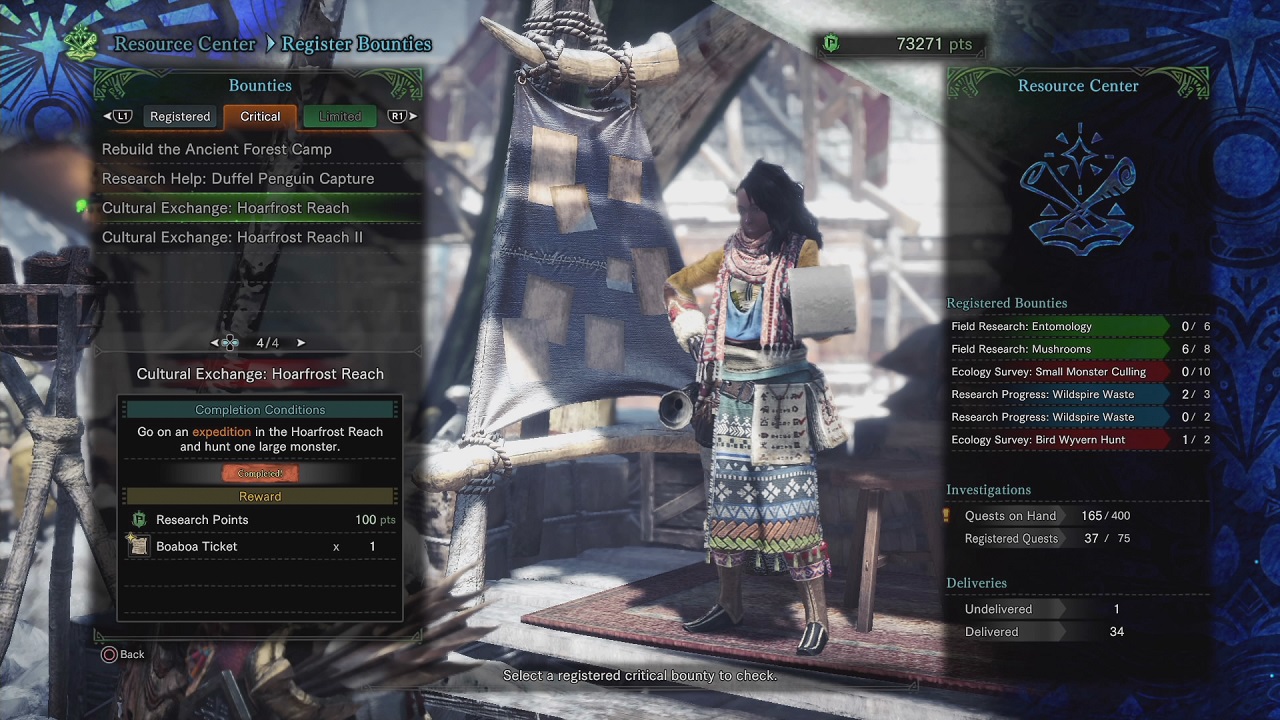 The first part in befriending the Boaboa requires you to hunt any monster in the Hoarfrost Reach during an expedition. You get this quest so early, so your safest bet is to target a Banbaro or Beotodus (for reasons made apparent later, you should go with the latter).

Upon starting the expedition, you’ll find some Boaboa residing at your base camp, and they’ll follow you when you leave. They won’t help you, however, they’re just there to observe. From there, it’s a simple matter of finding and defeating the monster of your choice.

Step 2: Go To The Boaboa’s Lair And Attend Their Council Meeting

After a successful hunt, return to base camp to receive praise from the Boaboa, as well as the next part in this quest chain. You’ll be told that they want you to head their hideout and attend their council meeting.

To do so, head to Area 2 and hitch a ride on a wingdrake who will take you Area 17. Once there, attend the meeting and you’ll be told your reason for your invitation: to hunt a Tempered Beotodus. This counts as a formal quest, so head back to Seliana and pick it up.

Step 3: By Our Powers Combined 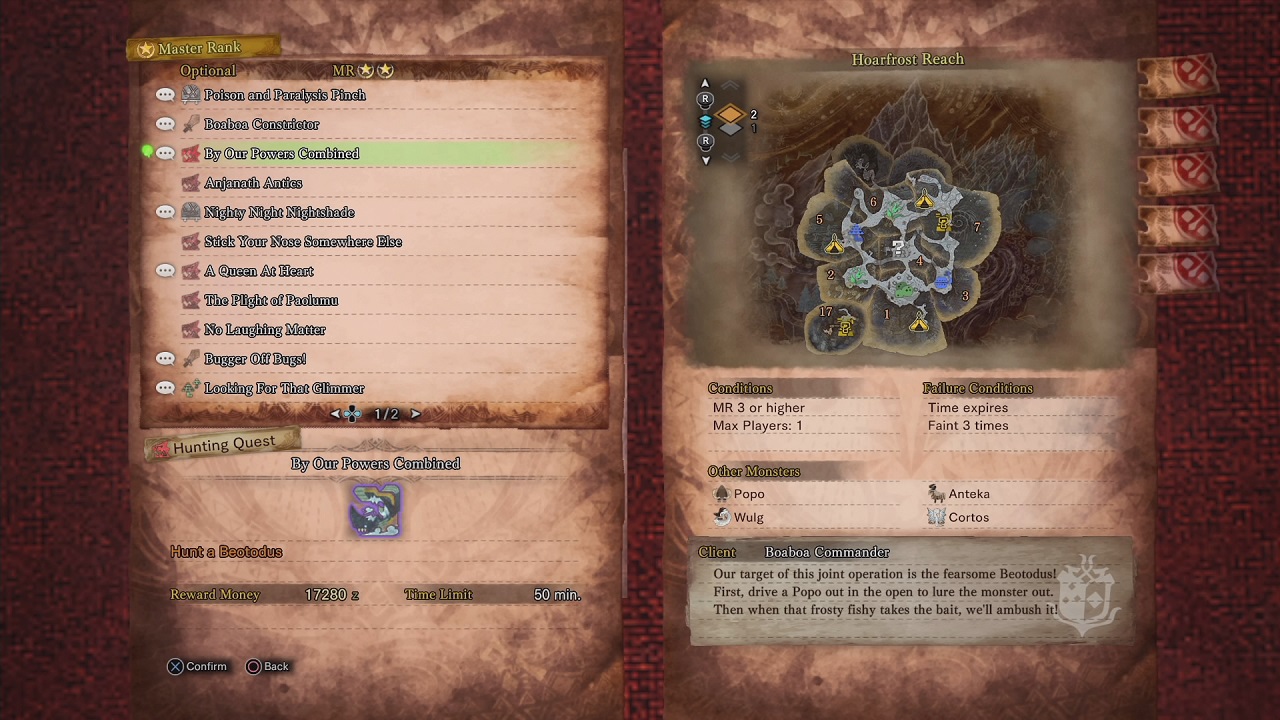 This quest works a little differently than most hunts because it requires you to lure a Popo to a specified location before the mark will reveal itself. Fortunately, the Boaboa will tell you exactly what to do: shoot the designated Popo with rocks until it moves to Area 6. Once it does, the Beotodus will reveal itself and the hunt will begin in earnest.

As mentioned before, this Beotodus is tempered, and will likely be among the first tempered monster you face off against in Master Rank, so it wouldn’t hurt to familiarize yourself with its moveset and behavioral patterns (hence why I recommended hunting a regular Beotodus to start this quest chain). Luckily, you won’t be doing this quest alone: a horde of Boaboa will be there to aid you, so simply proceed as usual and you’ll have your foe down in no time.

Once successful, you’ll be sent to the Boaboa’s hideout where their leader will thank you for your assistance and give you two rewards: their friendship and the ability to summon Tailraider monsters to ride on. 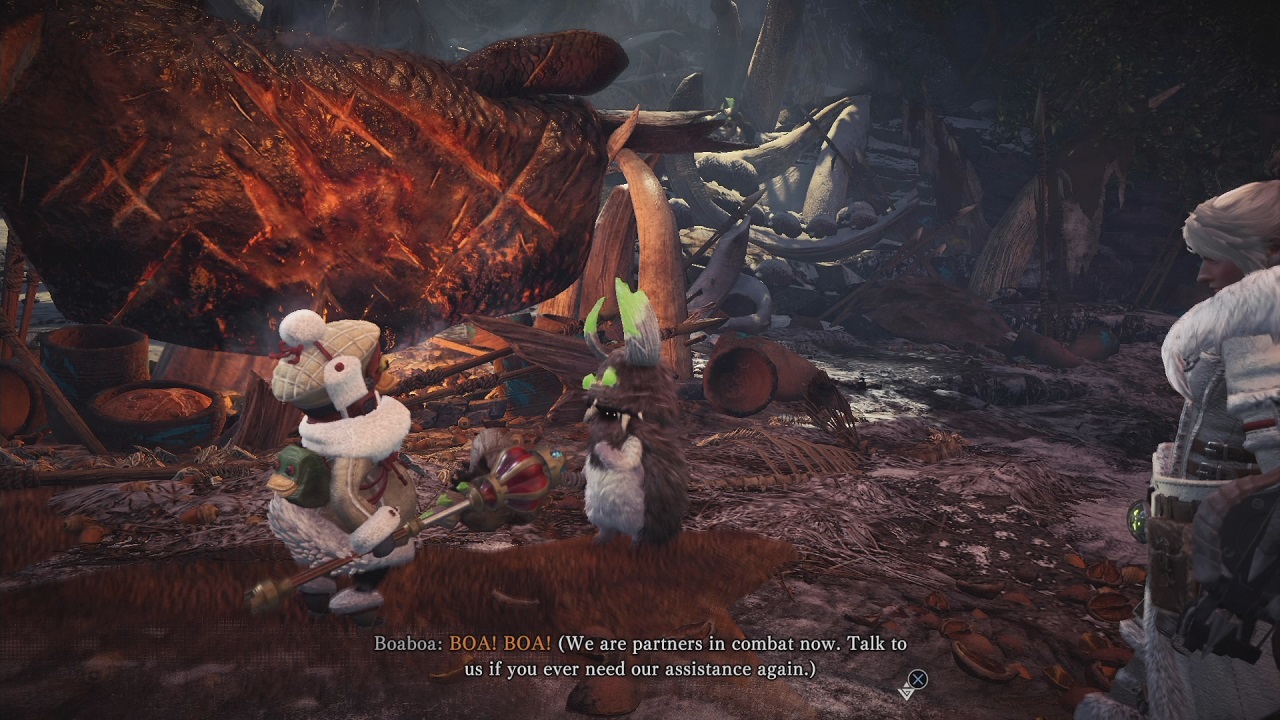 That’s it for the Boaboa in Monster Hunter World: Iceborne. They’re by no means essential, but they do help a little and it’s nice to fight without fear of getting a harpoon thrown at your back.