Mortal Kombat 11: How To Unlock Skins 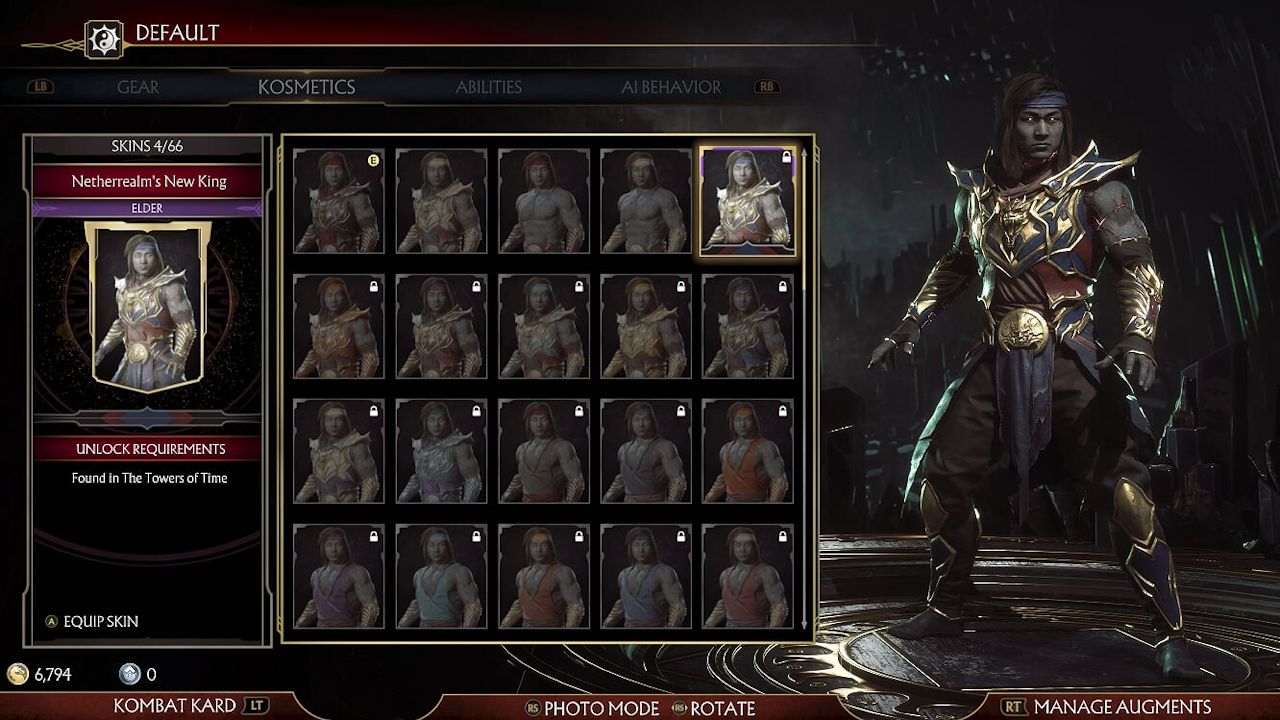 How To Unlock Skins In Mortal Kombat 11

Each character has a large number of different skins to unlock in Mortal Kombat 11, with them being found in many different game modes. To find out how to unlock a specific skin, the best method is to go to Kustomize and then select the character you want. Pick a new Variation and go to Kosmetics and then skins. Highlight over a skin and it should tell you where to unlock said skin.

You may wonder how to unlock these skins within each of these modes though. The easier and first way to unlock skins is just going to be through Story Mode. By completing various chapters, you’ll unlock skins for certain corresponding characters.

Now we move onto the skins that are more randomized in the game across a few different modes. The Towers of Time is similar to that of Injustice 2’s towers, where there are random timed towers that you can play. These can reward specific skins for characters that you just have to watch for. You can also play special Character Towers that cost 25,000 Koins to unlock and can give you skins for each character as well.

AI Battles are another place to unlock skins, though there doesn’t seem to really be a set rhyme or reason for getting them. Just keep playing these matches and you should eventually start unlocking skins at random.

Lastly, you have The Krypt as the final place to earn skins. Unlock past games, The Krypt is completely randomized now, so there’s no specific way to find just the skin you want. You instead have to just keep unlocking chests and you’ll eventually find the ones you’re looking for after awhile.