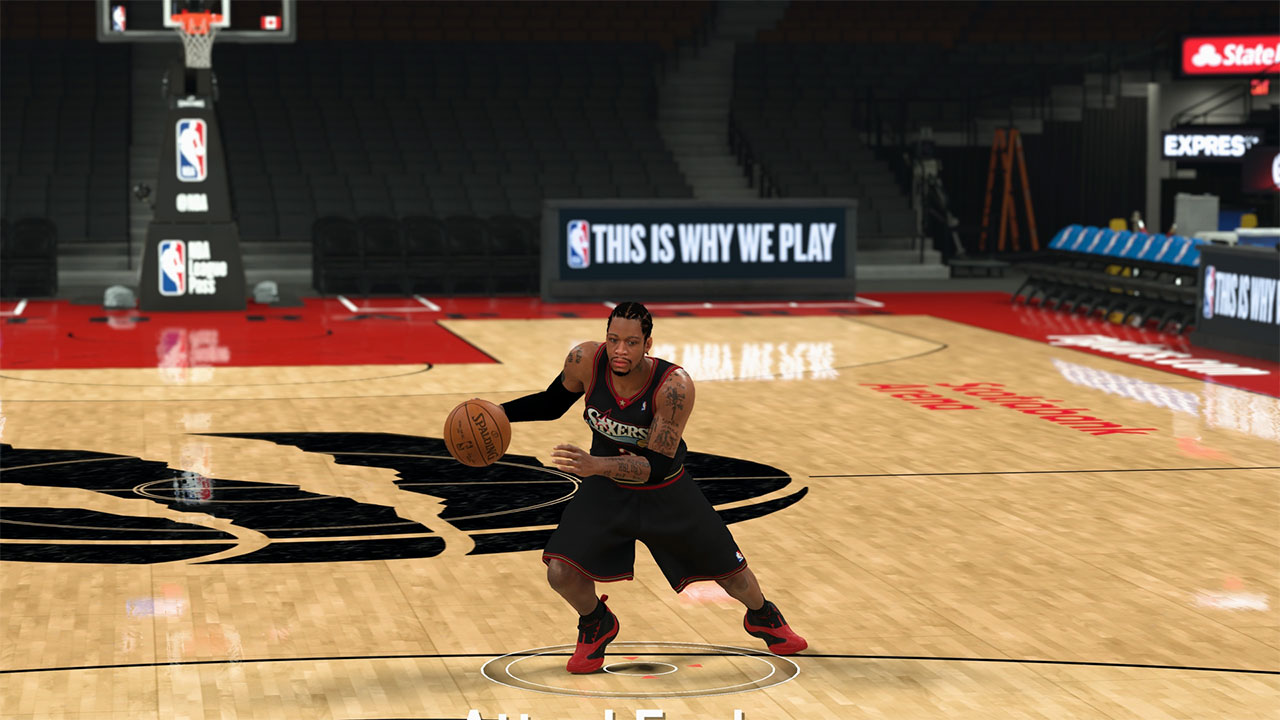 Speed w/ball is basically 70% of your speed rating and 30% Ball Handling to make the rating.  Using the Quick First Step badge will make you launch out quicker, regardless of the tier of the badge.

Whether you are playing with a My Player created build or you’re playing with a real player, you’re going to want to pay attention to the overall Ball Handling rating of the player you are using.  When you have 86 or above you will be able to speed boost.  You need an 86 Speed w/ball for tier 3 first steps.

How to do Basic Speed Boost in NBA 2K20

Ball is in your right hand and you want to speed boost to the left you will press the Left and Right Thumbsticks to the Left while pressing the R2/RT trigger.

There are a lot of different dribble combos that you can do in NBA 2K20 which can be combined with the Speed Boost.  While the basic speed boost is pretty easy to do in terms of controls, the chains require much better timing.

Speed Boost toward the hoop, then flick the right stick down with RT/R2 to perform the step back.  Then during the step back flick the left stick up and to right (needs to be opposite of step back direction so it could be up and to the left) while pressing RT/R2 to explode towards the hoop again.

Behind the Back to Speed Boost

You can do this with your other hand as well, but you’ll need to just reverse the controls to speed boost out to your right.

Ball in the Left Hand — Press R2/RT and Flick the Right Stick to the Right.  When the right hand touches the ball flick the left stick to the left.  What you should see when you do this move correctly is a slow cross to the right and then a fast cross and speed boost out to the left.

These are only a handful of the dribble moves and speed boost combos that you can perform in 2k20.  Once you get familiar with the different moves and how each stick works in performing a dribble combo, you can combine your own chains and combos.

The best way to get better at these moves is to head into the 2KU option in the Play Now menu.  From here, make sure you’ve got a player with an 86 Speed w/ball to perform the Speed Boost moves correctly.  While all of these moves will still work, they will be a slower version if the player doesn’t have a high enough rating.