NBA 2K23 Skateboard Guide: How to Grind and Do Tricks

Check out how to grind and perform tricks on NBA 2K23 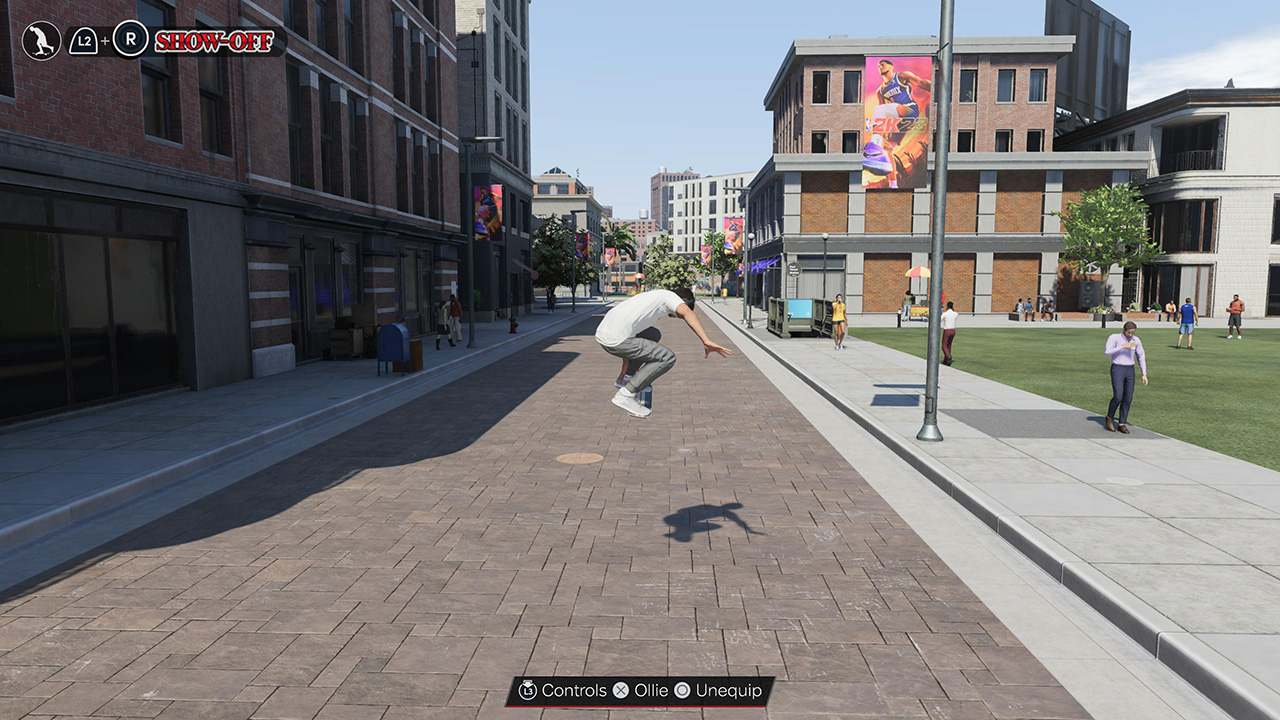 NBA 2K23 gives players a whole new map to explore, featuring a wide array of courts, stores, gyms, team-focused activities, and much, much more. With that said, the game also offers players the ability to make use of a wide array of traversal options, including, among many others, GO-Karts, Bikes, and, of course, Skateboards, the latter of which allow players to perform a wide variety of tricks. But how can you perform them? Now, in order to allow you to truly showcase your skills, here’s a guide on how to grind and do skateboard tricks on NBA 2K23.

After equipping your Skateboard, you can perform a wide variety of tricks in NBA 2K23 by simultaneously holding the SHOW OFF (Trick) button + the Accelerate button, and then flicking the Left Stick in a set direction. The controls are as follows:

To recap, here’s how to perform tricks on NBA 2K23:

You can grind on NBA 2K23 by first holding Accelerate + Ollie until you get close to a rail. Once close to it, you just need to perform the Ollie towards the rail to start grinding. The Ollie control is as follows: Attack of the Fanboy / GAME GUIDES / NBA 2K23 Skateboard Guide: How to Grind and Do Tricks