Probably one of the cutest interactions in Florio Nature Park 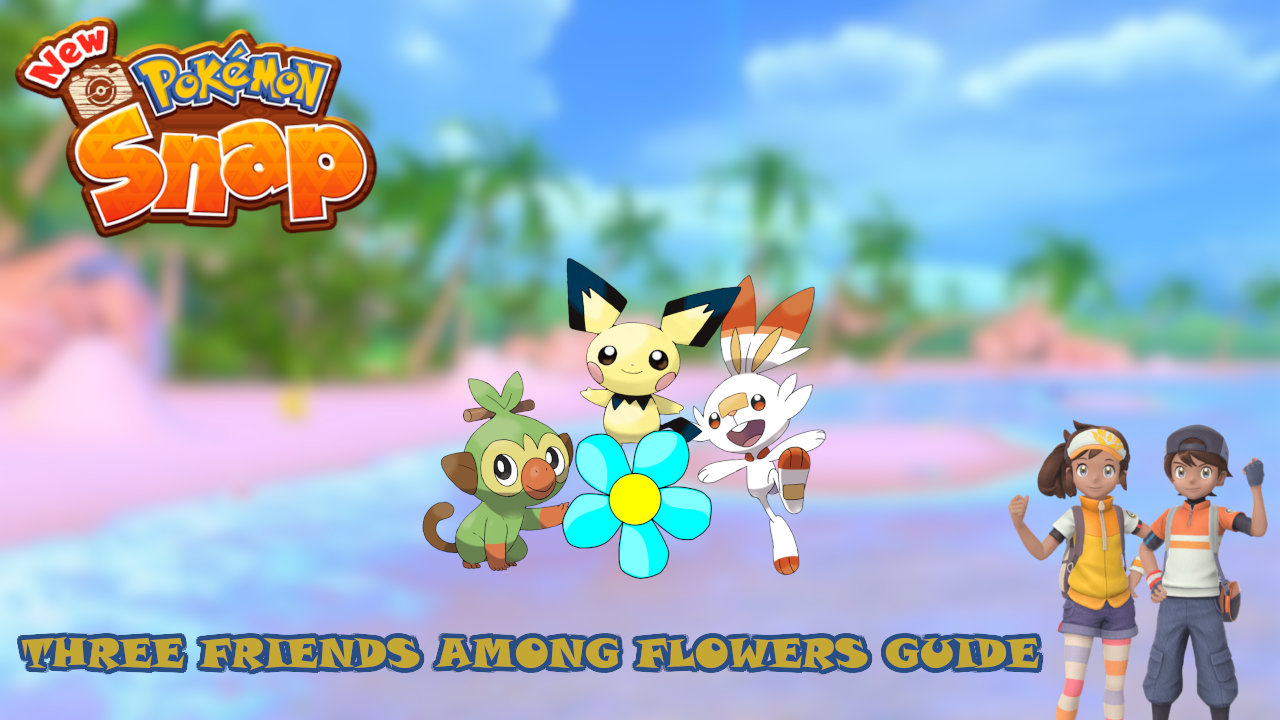 The Three Friends Among Flowers request could be a contender for one of the cutest scenes in New Pokémon Snap. As the name suggests, three friends gather around some flowers, one in particular, and have the time of their lives. Your job is to take a screenshot of that moment, which also counts are the 4-Star behavior for some of the little creatures that are involved with this task. Let’s see more about itbelow.

Get into Florio Nature Park (Day) and simply pass through the stage until you reach the very last part, the flower field. Before doing so though, make sure to have your Research Level at 3, since from what it seems only then all of the three Pokémon we need will end up at the specific spot. For reference, we need Grookey, Pichu and Scorbunny to be present at the same time. Grookey and Pichu can be seen together in various spots while you progress through the biome, and Scorbunny is just running around by itself.

If Scorbunny and Grookey end up in the flower field alongside you, then you need to keep an eye out for the pile of flowers found on your left side. Inside there, there is the Pichu hidden which will pop out if you throw a Fluffruit at it. If it does, Scorbunny will act surprised when it sees Pichu and together with Grookey, they will follow Pichu which runs into a nearby Crystalblossom. All three will be looking at the flower, and at some point for no reason at all, or at least for no reason that humans can understand, Scorbunny will burst into laughs and the other two will jump happily as well. The photo you need is exactly this one. Take the shot with all three of them doing their own thing while next to the flower, and you are done. It may be an odd instance, but extremely cute nevertheless. Quit the stage and complete the Three Friends Among Flowers request.