Nioh Boss Guide: How To Beat Derrick The Executioner 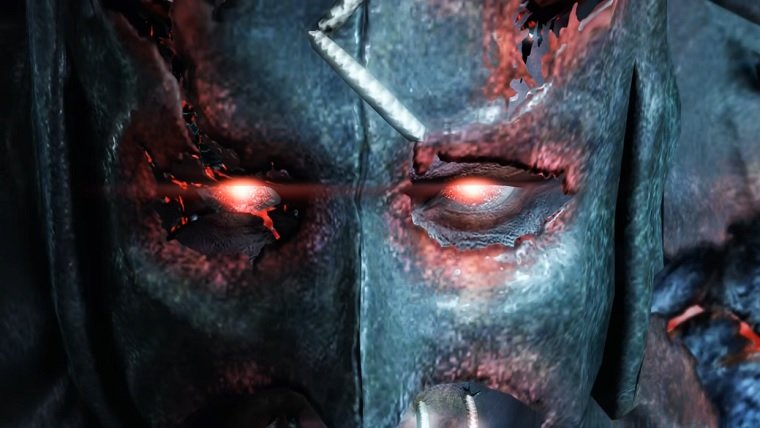 It won’t be long until you encounter your first boss fight in Nioh, and the game definitely doesn’t pull any punches when it comes to introducing you to the game’s difficulty. Derrick the Executioner is the first boss that you will face in the game, and while he isn’t as brutal as some of the other bosses, he can still pose a very big threat to you. This guide will help you bring the big guy down.

When you first start the battle you get the false impression that the boss will go down easily, but that is before you realize that this is actually a two-stage boss fight. The boss’ stage one form is fairly easy, but he moves quickly and requires you to do the same. He wields an axe that has a fairly solid reach, so try to stay out of his range of damaging you and keep your guard up. You’ll want to use attacks sparingly, only taking one or two shots at a time before quickly getting out of the way. He will also use a charge attack that leaves him open to some big hits from you, so try and dodge roll out of the way to get behind him and wack away.

Unfortunately, his first form is just the appetizer. His second form increases his size and strength dramatically, making him a much deadlier opponent than he was before. You’ll find that he largely uses the same attack patterns, but due to his increased size it means that it will be more difficult for you to get out of the way. You’ll want to try and egg him on to attack and then put your defense up, and as soon as his final attack is deflected take a shot or two then quickly get out of the way. He still uses that same charge attack as before and you can see it coming by him lowering his axe, so be ready to get out of the way or it can deal serious damage.

If you manage to knock him down by draining his Ki bar from landing attacks, this will be a great way to deal some big damage. As soon as you see his Ki bar turn red and you seem him start going down, start bashing away. You should be able to land several good shots on him, but it’s important that you don’t get greedy. As soon as you sense that he’s about to get back up then quickly get away, as he can easily deal some quick damage back your way.

These are the main things you need to know with the Derrick the Executioner boss battle, as he doesn’t have many tricks up his sleeves. Just remember, there’s much bigger challenges ahead.