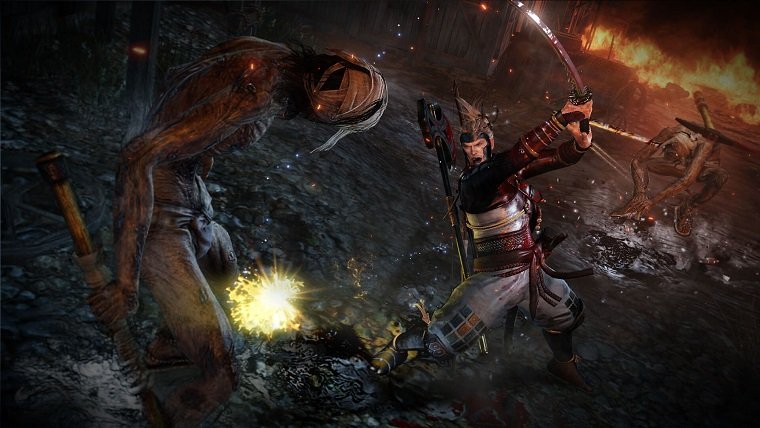 Just like in the Souls games, Nioh features a stamina bar that depletes whenever you perform an action. The amount of stamina depleted is linked to the weight of your weapon and how much equipment you’re carrying, but most of the time you’ll find that it depletes pretty quickly. That’s why it’s crucial that you manage your stamina and perform an invaluable move called Ki Pulse, and this guide will teach you how.

Whenever you perform an attack you will notice that your Ki bar drains, though there is another white bar inside of it that seems to replenish itself. However, that quickly goes away and you’re left with the remaining Ki that was lost as a result of your attack. Worry not, as you can actually regain that Ki by performing a Ki Pulse, which is done by pressing the R1 button at any point when this bar is filling. While pulling it off in general is helpful, you want to get the timing down so that you press the R1 button right as it gets to the end of the bar, allowing you to replenish the maximum amount of Ki.

Performing a Ki Pulse has more uses than restoring your Ki, however, as it’s actually an invaluable move to eliminate a nasty trick that Nioh’s enemies will regularly use. As you battle enemies you will find that they often create these large circles of smoke, which are called Yokai Realms. Apart from being a little distracting, standing inside of one of these circles severely impacts your ability to regenerate Ki. While you can avoid them for awhile, the enemies (especially bosses) will keep creating them and force you to deal with them.

How you do that is by performing a Ki Pulse while you’re standing inside of one, which will eliminate the Yokai Realm and restore your Ki in the process. While you’ll find many situations where you’re able to do this during your assault on an enemy, that doesn’t have to be the only situation where you can purify a Yokai Realm. If you’ve got some distance between yourself and an enemy and there are some lingering Yokai Realms, quickly dash to one and perform a simple attack so you can then Ki Pulse to purify it while standing in it. This can be a great way to clean up the battlefield during a particularly grueling battle, so make use of it as often as you can.

Ki is always something that you’re going to want to keep your eye on no matter what the situation, so be sure that you take things slowly and never get too trigger-happy with attacks unless your enemy is stunned. As long as you are patient and utilize Ki Pulse whenever you can then stamina shouldn’t become an issue for you.