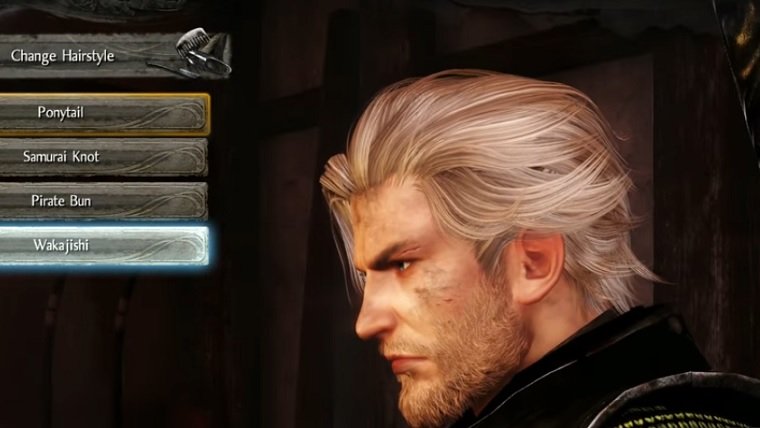 While it isn’t apparent from the start of the game, Nioh actually allows you to customize protagonist William’s hair and beard. This isn’t immediately apparent because the feature is actually locked at the beginning of the game, and requires you to perform certain actions in order for this feature to become available. This guide will show you how to unlock this fun feature.

In order to unlock the Barber Shop you need to interact with the Blacksmith. Head for the Region menu to access the Starting Point and then the Blacksmith, and open the dialogue menu by pressing the triangle button. This will allow you to have a conversation with her, and you’ll want to select the option that says “I have a request for Tome.” This then opens the Patronage Level customization, and one of the options is to “Unlock Barber Menu.” You can unlock this if you have at least one Patronage level, which you earn from buying things from the blacksmith and engaging in conversations with her. If the ability to unlock the Patronage Level customization hasn’t unlocked for you yet, then just continue progressing through the game in order to earn more money to buy things.

Spending just over 10,000 gold will get you enough points to unlock the Barber menu, and purchasing a Book of Reincarnation will get you very close to that goal. The first level of the Barber Shop has four different hair and beard styles for you to choose from, which are the following:

You now have the ability to change your character’s hair and beard styles whenever you want, which costs 1,000 gold for each time at the beginning. Changing your hair or beard for the first time will also unlock the Fashionista trophy, which is a nice added bonus.