Outriders – How to Customize the Vehicle 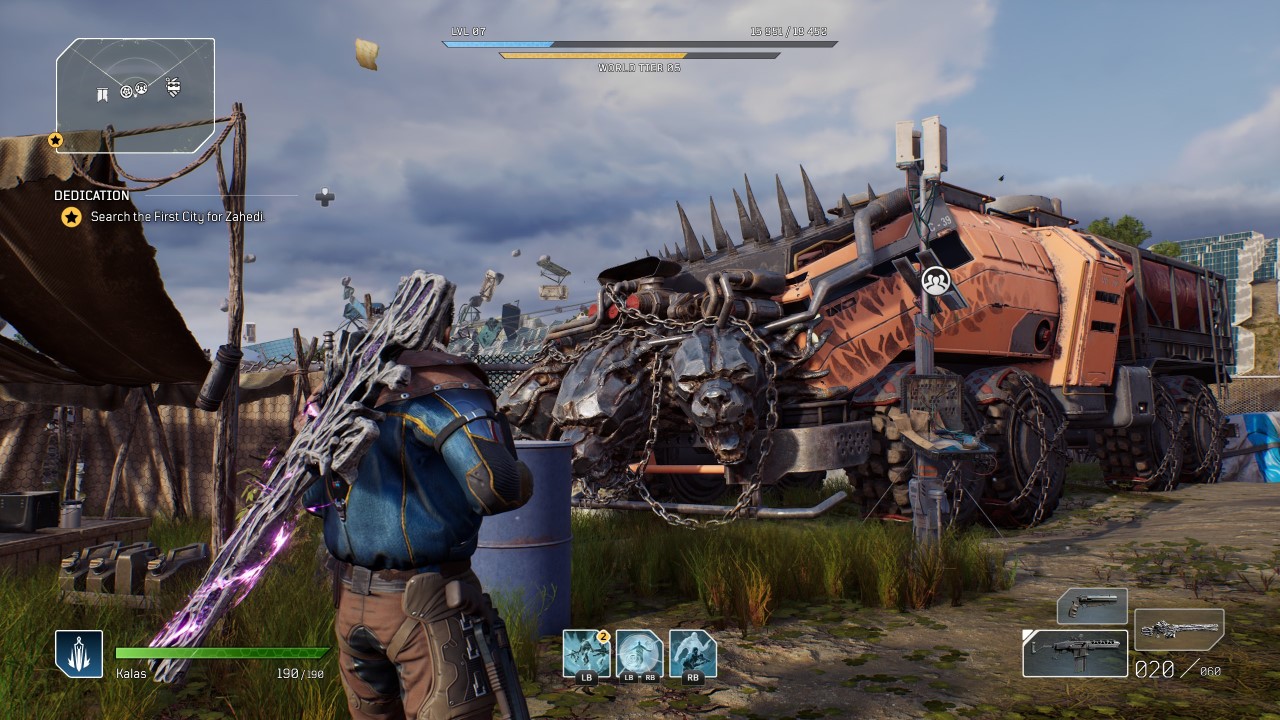 Outriders spans the entire planet of Enoch and that means traveling on foot isn’t the most efficient way to cross the unfriendly lands. Sometimes the player’s six-wheeled behemoth of a truck is needed to head into new areas.

Much like the character, the appearance of this transportation isn’t forced to look vanilla. Using the included vehicle customization options in-game, players can deck out their ride, from decals to entire parts, for added personalization.

How to Customize the Vehicle

To customize the vehicle, access the Customization Menu. This can be done in one of two ways.

The simplest way is to open the player inventory and then press Right on the D-pad or L on the keyboard. The Vehicle tab of the menu will appear first by default. Here, the front bumper, hood, trailer, rear bumper, wheel cover, pattern, and color can be modified with any unlocked customizations.

The camp mainstay, Jakub, can also be interacted with to open this same menu. Jakub can be found in camp by following the wheel icon. Interact with him and select the “The truck, make it look like hell on wheels” dialogue option. The Vehicle Customization will then appear. At least this way promotes engagement with the crew at camp.

Home / Game Guides / Outriders – How to Customize the Vehicle