Outriders: How to Get Mods

Collect them all to create some truly insane builds. 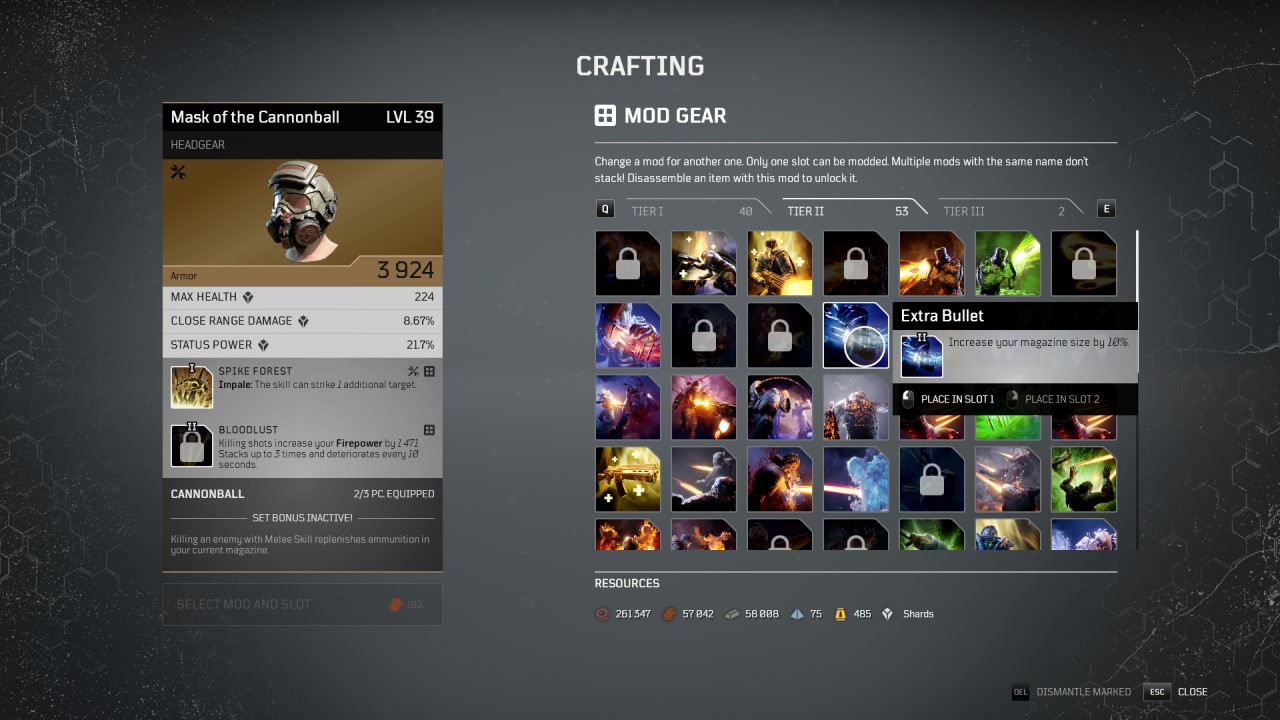 Mods in Outriders are powerful perks attached to various pieces of gear, and they can dramatically alter your build. The right set of mods can be the difference between bloody defeat and sweet victory in Outriders, so it’s worth your time to get as many mods unlocked in your mod library as possible.

Dismantle gear with unlearned mods to add them to your mod library in Outriders.

If you want to get new mods in Outriders you need to first farm loot. Mods start to appear on Rare (blue) equipment, though there will only be one per item. Epics (purple) and Legendary (yellow) gear both have two mods per item, though Legendaries are the only source of powerful Tier 3 mods.

To learn a mod you simply need to dismantle the piece of equipment it’s attached to. Really, that’s all there is to it. If you are unsure you can always hover over the “Dismantle All” tab in the bottom of your inventory and the crafting UI to see exactly what you’ll get from dismantling the selected gear, to include mods. There are a couple of indicators in the UI that will tell you whether or not you have added a mod to your mod library or not. If you see a square with four quadrants next to mod then you already know it. A red square (and red highlight) indicates you have that mod equipped on another piece of gear, not that you already know it. So, if you want to get new mods in Outriders look for those lacking the square with four quadrants.

As of publication, your mod library is not shared between characters, so you will have to reacquire mods on your alts by dismantling gear. Since Outriders isn’t stingy with drops filling out your mod library doesn’t take too long. You will want to push into higher World Tiers and eventually into endgame Expeditions to grab all of them, but once you know a mod you can freely swap it into other pieces of equipment via crafting.

Home / Game Guides / Outriders: How to Get Mods