What legacy is worth your life? 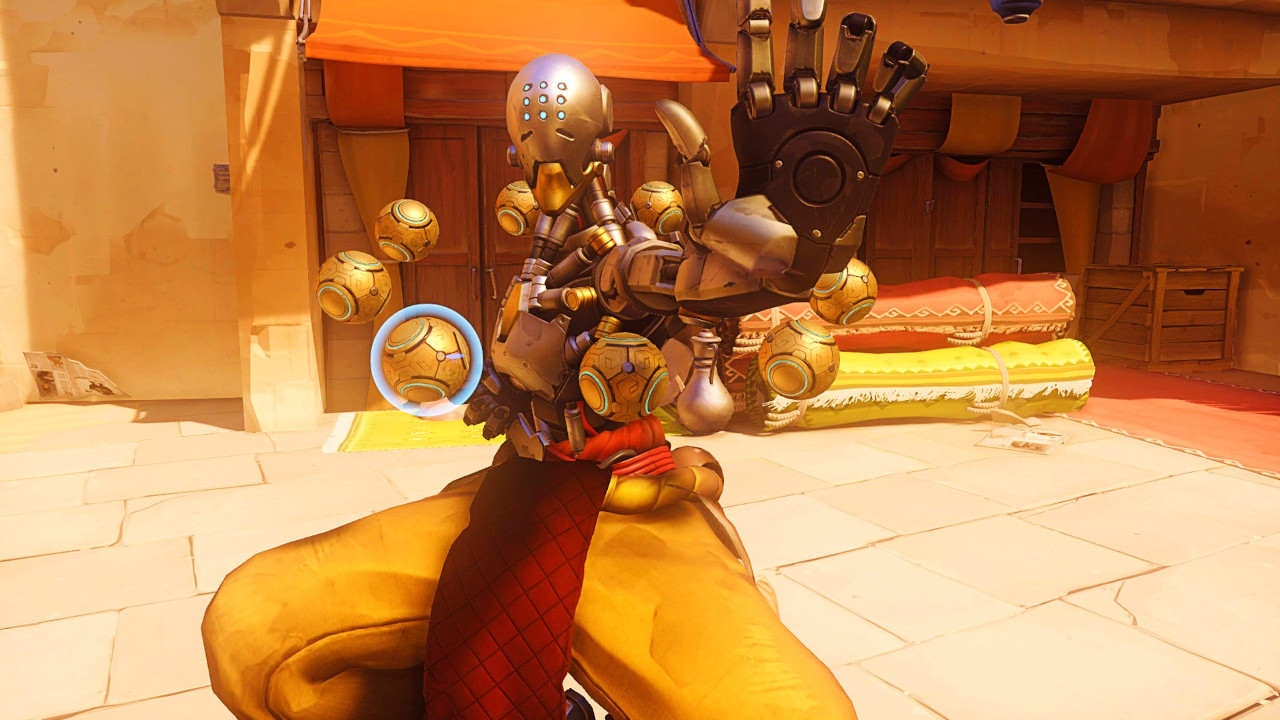 Overwatch 2 has some new faces entering the mix, as well as some familiar, beloved mainstays for players who’ve been around since Day One. Whether you are always seeking a challenge and want to master the next cool Hero or wish to find your competitive rhythm while working well with your team, finding a character for any role can be tricky. One particular character, Zenyatta, is an intriguing member of the Overwatch 2 roster, a holdover from the original game with an exceptionally cool style and concept. Read on for Overwatch 2 Zenyatta Guide: Playstyle, Strategies, Tips, and More!

Zenyatta is primarily Support but has surprisingly powerful offensive capabilities in his regular and alternate fire projectiles. He is at his best when you’ve assigned your Orb of Harmony on an ally (providing sustained healing as long as they’re in your line of sight) and Orb of Discord on an enemy (taking increased damage from attacks). These are both dead easy to execute. Just target an ally or enemy and fire your orb; they can’t miss once you’ve fired so just keep them in your line of sight. Zenyatta’s Ultimate ability, Transcendence, makes him briefly invulnerable, giving him boosted movement and area of effect healing for any allies in his vicinity. 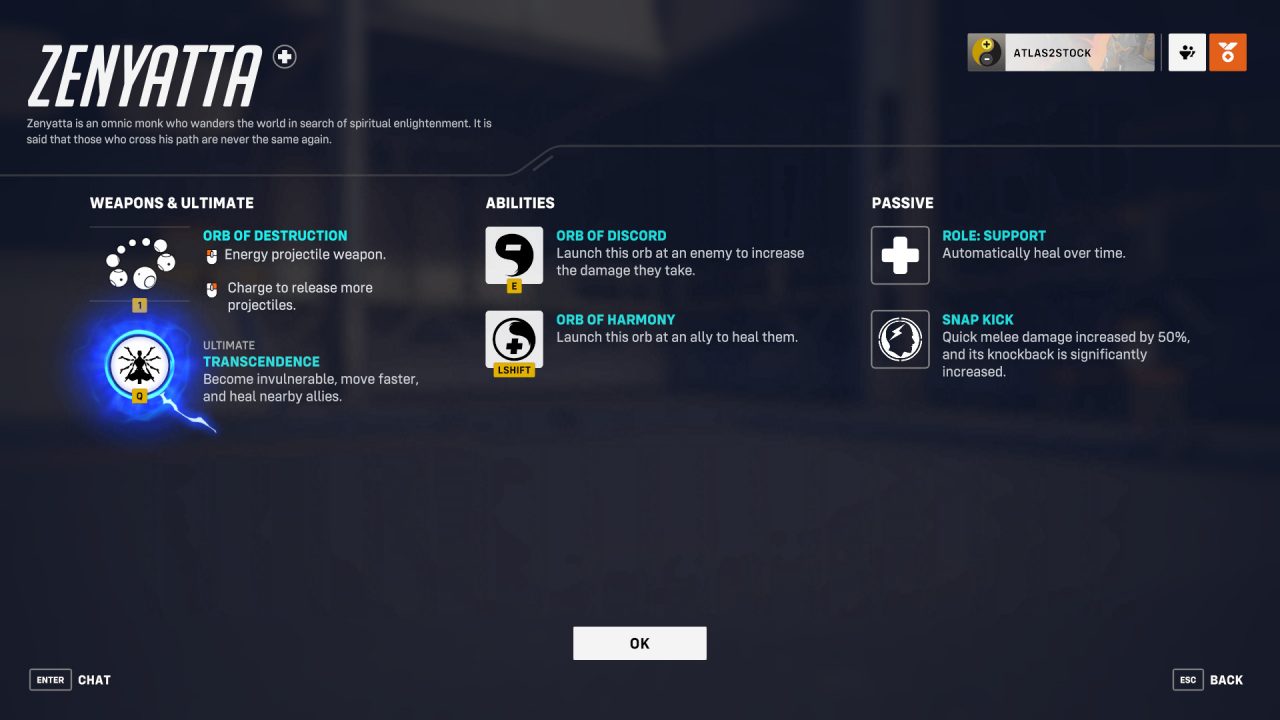 After this, stay with your group or at least a tank, maintain healing and damage output, and stay wary of enemy snipers. Zenyatta is not bulky by any means, so going in early without allies is foolish. Players with a Zenyatta on their team will be able to prioritize weakened targets for maximum effect, while certain players in need of health will receive sustained healing as long as he is nearby.

If you are targeted as Zenyatta by enemies who come up close, be sure to incorporate your melee attacks. Zenyatta has an improved melee attack, the Snap Kick, that will cause significant knockback against enemies, and even send them off ledges. You can even cancel charged burst shots with this move if an enemy gets close.

Zenyatta is as strong a healer as he is a force multiplier, so using his Orb of Discord in tandem with other heroes’ abilities is key. Characters like Mercy providing a damage boost might make the enemy team have second thoughts about sending in even their sturdiest tanks. This is further enhanced by having heroes with strong self-heal capabilities, and Soldier 76 would be handy in this regard, having great abilities and damage output.

Additional heroes to consider should be Roadhog for similar reasons, or Orisa, self-sufficient to an extent while also benefiting from Orb of Harmony if things get dicey. Other solid heroes to go into this mix include Tracer or Bastion, who are just tanky enough with deadly damage output to be empowered by having their targets hit with an Orb of Discord.

Zenyatta’s offensive capabilities and relatively low health pool make him a glass cannon capable of dangerous amounts of damage, but don’t ever try to solo the enemy unless they’re low on health. If you can anticipate enemies coming around a corner or out of a doorway, a fully charged alternate shot can do wonders but don’t expect it. Stay safe near allies who can soak up the fire, and stay ready to replenish health and keep enemies weakened. You can fire 20 shots before reloading, but if you even have 1 shot left, you can still fire your charged burst, which normally would consume 5.

If you’re in the middle of a push for control of a zone, and enemies are crowding the area, a carefully aimed charged burst down a narrow lane or even on the control point will potentially shred opponents. Your most effective plays with him will be from behind cover more often than not. Transcendence is beneficial to either hold a point while fighting off the enemy team or protect a position with fewer allies while teammates catch up and renew your advantage. Be sure to use your invulnerability to disrupt the enemy’s offensive momentum while boosting your own.

Even as they approach, Discord your opponents, fire your weapon as you must, but Snap Kick them back into the fray or far enough for you to either escape or have other teammates come in for the assist. Zenyatta is good for turning the tides, and taking out problematic opponents if you and a teammate target them after an Orb of Discord. Either Orb can be fired from great distances as long as the characters are visible.

We hope these tips prove beneficial, and that you consider our other guides on Overwatch 2! So be sure to get in a lobby with some friends, and have fun!