Paper Mario: The Origami King – How To Deal Extra Damage In Battle

Tradition for the franchise. 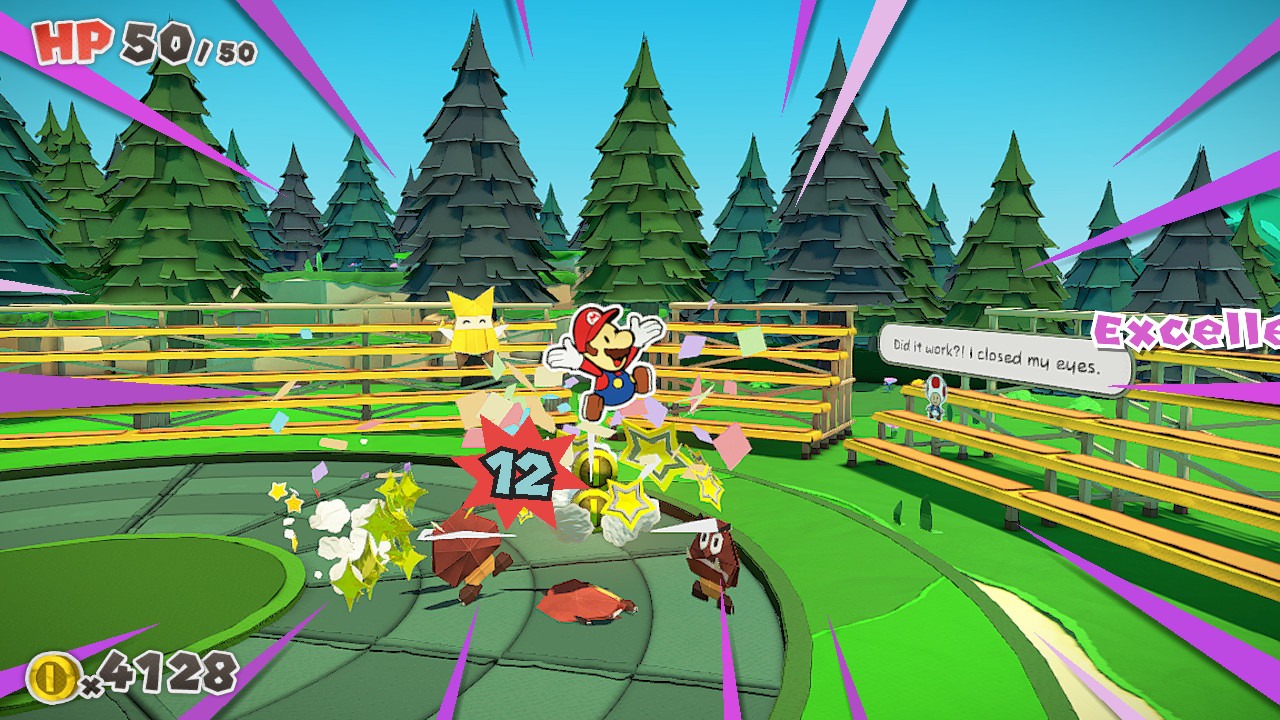 The Paper Mario franchise has had a lot of changes over the years, with each subsequent game changing up many of the mechanics and the overall setup of the game. Even with all the changes over the years, there are also some series staples that keep popping up again and again. One of those involves the combat and how you can deal extra damage to enemies in battle, which comes in very handy throughout your journey. You will have to have precise timing to pull this off though as always in Paper Mario: The Origami King and this guide will explain what you need to do.

How To Deal Extra Damage In Battle

Paper Mario: The Origami King mixes the combat by first having you place enemies in the right spots for you to hit. After doing that though is what we’re focusing on in this guide, for when we are actually attaching.

When you have them lined up and ready to attack, choose your weapon and you will go to hit the enemies. What you need to do now is press the A button at just the right time to deal extra points of damage. How this works depends on your weapon though, so you have to get the timing down right.

When using your boots, Mario will jump on his enemies with his most famous attack. Without doing anything extra, you will deal plenty of damage to the enemy, but we want to deal extra damage. For that, you need to press A right when Mario is landing on the head of each enemy. By doing this, it will deal just a little additional damage that can really add up. For the hammer, Mario will wind it back and icons will appear around it, so wait for just the right time and press A to deal extra damage there as well.

This is all about timing, so just keep doing this as much as you can and you will be rated on how well you pull it off.